The research, carried out by three masters students from Royal Holloway, was conducted to find out how microplastics impact wildlife on the River Thames 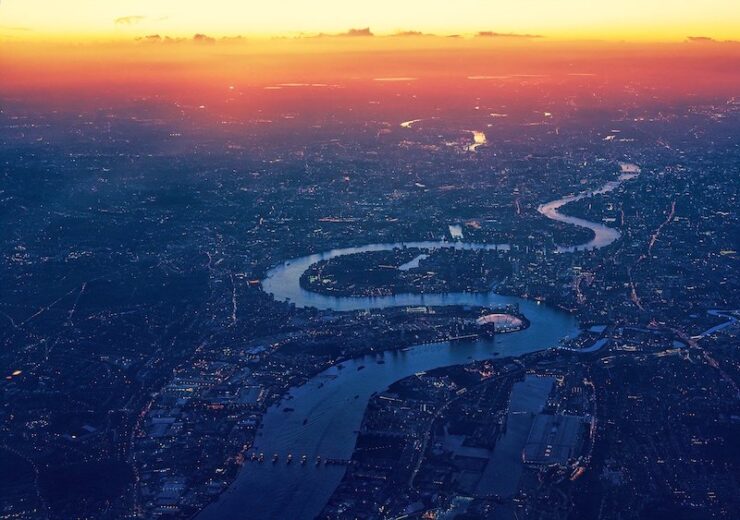 Royal Holloway's research found fibres that come from washing machines are most commonly ingested by wildlife in the River Thames (Credit: Pixabay)

Separate studies have revealed high quantities of microplastics are impacting the health of the River Thames.

Three London-based institutes — University of London’s Royal Holloway, the Natural History Museum (NHM) and the Zoological Society of London (ZSL) — have been collaborating on research investigating how microplastics are affecting the river’s inhabitants.

The studies, conducted by three postgraduate students from Royal Holloway’s department of biological sciences, found fibres that come from washing machines are most commonly ingested by wildlife.

In total, 135 crabs were examined, with 874 pieces and tangles of plastic removed from their bodies.

About 95% of mitten crabs were found to have tangled plastic in the stomach — and while these were dominated by fibres, they also contained fragments of microplastics from balloons, elastic bands and carrier bags.

McGoran explained: “Typically, microplastic ingestion is low in many species, with the exception of some groups, such as seabirds.

“Upon bringing these crabs back to the labs at the NHM, it was shocking to find that they were full of plastic.

“Tangles of plastic were particularly prevalent in the invasive Chinese mitten crab and we still don’t fully understand the reason for this.

“We propose that when crabs moult (shedding their exoskeleton to grow) that plastic is trapped in the discarded gut lining.”

Microplastics found in the River Thames coming from a range of sources, study finds

In addition to this, two studies into plastic pollution in the Thames were undertaken by two other masters students.

Royal Holloway, NHM and ZSL’s Katharine Rowley focused on quantifying the microplastics in the River Thames water column — looking at the physical and chemical characteristics of seawater at different depths for a defined geographical point.

She recorded a range of types of microplastics in the Thames, ranging from glitter microbeads to plastic fragments.

The study found that 93.5% of microplastics in the water column were most likely formed from the fragmentation of larger plastic items, with food packaging thought to be a significant source for these plastics.

It also uncovered that, during peak ebb tides, 94,000 microplastics flow down the River Thames per second in some areas.

This study highlights the severity of microplastic contamination in the River Thames, and the need for the reduction of plastic input into the freshwater environment.

Rowley said: “Globally, in comparison to published estimates of microplastic contamination in marine and freshwater environments, the River Thames contains very high levels of this pollutant, potentially a major input to the North Sea.

“With the potential threats of plastic pollution to both human and ecosystem health, it is of great importance that the input of plastic into marine and freshwater environments is reduced.”

Royal Holloway and NHM student Katherine McCoy, in collaboration with river clean-up charity Thames21, looked at “flushable” and “non-flushable” wet wipes as a source of plastic pollution in the River Thames.

It also looked at the environmental impacts they have on the Asian clam population in the river.

It also demonstrated that high densities of wet wipes are associated with low clam population numbers in the area.

It was also found that clams adjacent to the “wet wipe reefs” contained synthetic polymers, originating from both the “reefs” and other pollutants found on the site, such as sanitary products.

McCoy said: “The research highlights the impacts of improper waste disposal on our environment, especially the flushing of wet wipes.

“These products are often described as flushable, but they have been known to block sewage pipes by contributing to fatbergs and have now been seen to cause environmental disruption on the foreshores of the River Thames.

“Our study shows that stricter regulations are needed for the labelling and disposal of these products.

“There is great scope to further research the impacts of microplastics and indeed microfibres on Thames organisms.”

Professor Dave Morritt, from Royal Holloway’s department of biological sciences, believes the studies show how different types of plastic “can potentially affect a wide range of organisms in the River Thames”.

He added: “The increased use of single-use plastic items, and the inappropriate disposal of such items, including masks and gloves, along with plastic-containing cleaning products, during the current Covid-19 pandemic, may well exacerbate this problem.

“Thames Water has recently reported an increase in wet wipe-related blockages of sewer systems and when the Covid-19 restrictions on fieldwork are lifted, it would be interesting to find out the prevalence of these products in the River Thames.

“We must not forget that, although these studies illustrate the problem on a local scale, plastic pollution is very much a global issue.”

ZSL’s Thames project manager Anna Cucknell said: “Plastic pollution is devastating for aquatic ecosystems and I was shocked by the densities we found.

“Our study showed the majority of microplastics in the Thames are created by larger plastic items breaking down which is why the #OneLess campaign, led by ZSL and partners, is working to reduce single-use plastic water bottles in London.

“To date, it has eliminated 4.4 million single-use plastic water bottles from London’s supply chains and removed 114,000 from the Thames.

“Thanks to decades of conservation two species of seal and more than 100 species of fish including sharks, seahorses and the Critically Endangered European eel, call the Thames Estuary home.

“ We must not let plastic pollution threaten their survival.”