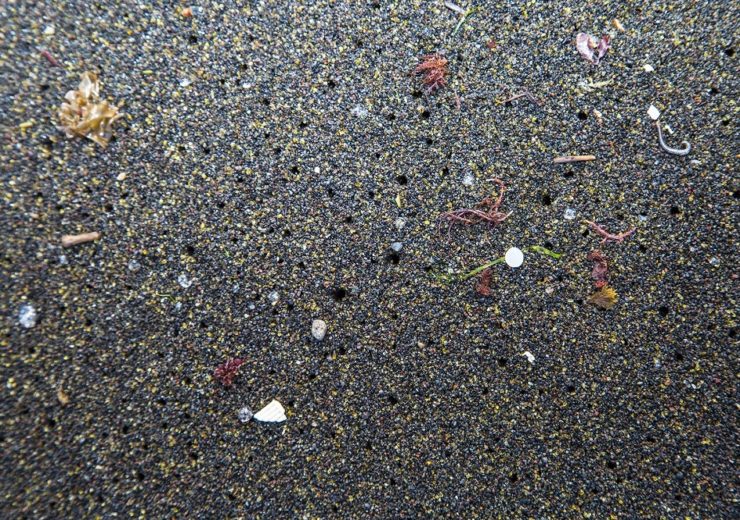 The researchers found found the most common microplastics ingested were polyethylene and polyethylene terephtalate (Credit: Wikimedia/Raceforwater/https://commons.wikimedia.org/wiki/File:RaceforWater_PeterCharaf_MicroplasticsAzores_(2).jpg)

People ingest tens of thousands of microplastics every year, according to research conducted in Austria.

The study was first presented at the International UEG Gastroenterology Congress in Vienna in October 2018 and was carried out by the Medical University of Vienna and the Environment Agency Austria, analysed human stool samples from eight adults living in Europe and Asia to look for the presence of microplastics.

The peer-reviewed study has now been published in the Annals of Internal Medicine.

Researchers found all eight samples tested positive, with a median of 20 microplastics per ten grams, with polyethylene and polyethylene terephthalate accounting for the largest share of plastics present.

The team of scientists, led by Dr Philipp Schwabl of the Medical University of Vienna, said: “This small prospective case series showed that various microplastics were present in human stool, and no sample was free of microplastics.

“Larger studies are needed to validate these findings. Moreover, research on the origins of microplastics ingested by humans, potential intestinal absorptions, and effect of human health is urgently needed.”

The researchers also detected seven other types of plastics during their investigation, suggesting there are many sources of ingestion.

The amount ingested also includes plastic particles in the air, accounting for between 13,731 to 68,415 per year.

Bottled water was highlighted as another contributor to microplastic ingestion, with an average of 118 to 325 particles per litre, making for a total of 90,000 microscopic particles consumed annually if the recommended water intake comes entirely from bottled sources.

The scientists emphasised the need for further research to determine the effects of plastic ingestion on human health.

More research is needed to understand the potential effects of plastic ingestion on human health, says WHO

The release of the study follows analysis from the World Health Organization (WHO) last month, which called for further assessment of potential impact on human health from mincroplastics.

According to its research, which summarises the latest knowledge on the material in drinking water, particles larger than 150 micrometres are not likely to be absorbed in the human body and the increase of smaller particles is expected to be limited.

However, absorption and distribution of very small microplastic particles, including in the nano size range, may be higher, although the data in this area is limited.

The WHO’s director of the Department of Public Health, Environment and Social Determinants Dr Maria Neira said “We urgently need to know more about the health impact of microplastics because they are everywhere – including in our drinking water.

“Based on the limited information we have, microplastics in drinking water don’t appear to pose a health risk at current levels.

“But we need to find out more. We also need to stop the rise in plastic pollution worldwide.”

The WHO recommended drinking water suppliers and regulators prioritise removing microbial pathogen – organisms capable of producing disease – and chemicals that are known risks to human health.

As well as this, the organisation said there was a need to improve wastewater treatment, with this capable of removing more than 90% of microplastics.