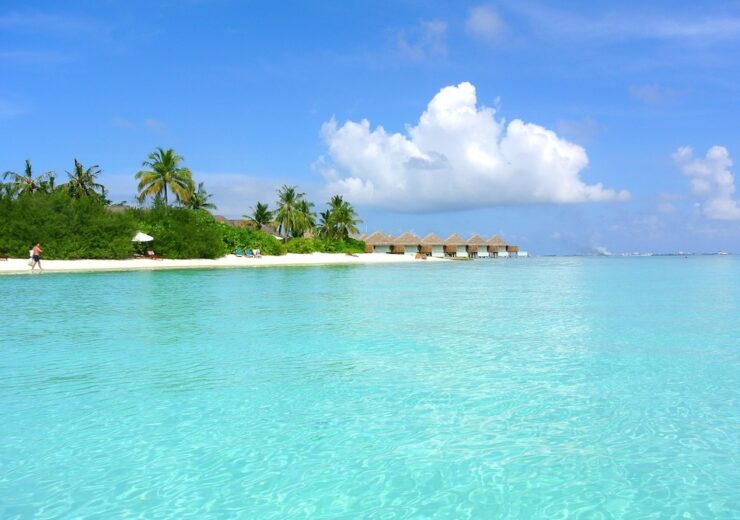 Marine scientists recorded the levels of plastic in the sand across 22 sites off the coast of the Maldives' populous Naifaru island (Credit: Pixabay)

The amount of microplastic plastic pollution in the waters around the Maldives is among the highest in the world, according to a study.

Microplastics are pieces of plastic waste that measure less than five millimetres long, and, due to their size, are considered invisible water pollutants.

Marine scientists from Australia’s Flinders University recorded the levels of plastic in the sand across 22 sites off the coast of the populous Naifaru island, to determine how much microplastics are present.

“The majority of microplastics found in our study were less than 0.4mm in width, so our results raise concerns about the potential for microplastic ingestion by marine organisms in the shallow coral reef system.

“The accumulation of microplastics is a serious concern for the ecosystem and the local community living off of these marine resources, and can have a negative impact on human health.”

Microplastic could have been transported by oceans to the Maldives from neighbouring countries, says study

The researchers think that the high levels of microplastics (55-1127.5 microplastics per kilogramme) could have been transported by the ocean from neighbouring countries.

This includes nations in the Indian Ocean  — as well as from Maldivian land reclamation policies, poor sewerage and wastewater systems.

She said: “Current waste practices in the Maldives cannot keep up with population growth and the pace of development.

“The small island nation encounters several challenges regarding waste management systems and has seen a 58% increase of waste generated per capita on local islands in the last decade.

“Without a significant increase in waste reduction and rapid improvements in waste management, small island communities will continue to generate high levels of microplastic pollution in marine environments, with potential to negatively impact the health of the ecosystem, marine organisms, and local island communities.”

The researchers are now looking at the stomach content of coral reef fish to see if they have ingested microplastics in a follow-up study.

Charity is looking to help the Maldives tackle plastic waste

In January 2019, charity Common Seas began working in the Maldives as part of its Clean Blue Alliance initiative.

Clean Blue Maldives was launched by Common Seas and Maldivan-based resorts company Sovena during a two-week accelerator that brought together councils, the government, private businesses and local not-for-profits.

They also visited the “trash Island” of Thilafushi, an artificial landmass built as a landfill site where environmentalists claim more than 330 tonnes of waste are dumped every day.

It included a nationwide ban of single-use plastic bags, banning plastic bottles in government buildings, and agreeing to work towards a deposit return scheme for beverage drinks.

Alongside this, and to prevent debris from being dumped at sea, all waste boats became fully observable with cameras.

This system, pioneered by Sonvena, aggregates clean bales of PET, HDPE, card aluminium and organic waste, which are then either chipped, ground down or composted.

With support from Soneva, councils and the Maldivan government, the Clean Blue Alliance’s plastic waste solutions that were successfully trialled on Maalhos, Dharavandhoo and Kihaadhoo will now be used to inform the implementation of similar schemes elsewhere.

The Maldives is one of three countries involved in Common Sea’s Clean Blue Alliance, which works with island communities to understand how plastic waste flows and its impact from source to sea.

It’s specifically focusing on islands because of the close relationship they have with oceans and the fact that plastic pollution often tends to be more visible in these places.