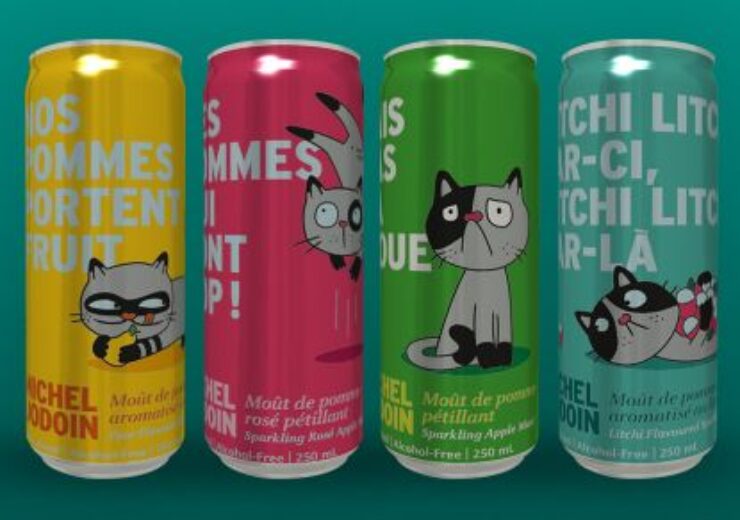 Previously, the cider was available only in a 750ml glass bottle and now the brand has introduced four of its apple musts in Ardagh’s light and slim 250ml can.

“Must” is claimed by the company to be 100% pure fruit juice, wherein the apple juice is produced early in the cider-making process.

The company has made most of the can’s 360° design possibilities by filling up the can body with its designs featuring a little cat getting up to various tricks.

Michel Jodoin executive director Francine Déry said: “We have been delighted by Ardagh’s high quality technical support and their professionalism.

“We really appreciate the speed of response and speed of execution, and love the new cans, which mean we are now offering a smaller serve size and can attract a wider range of customers.”

The cans with non-alcoholic apple musts cider are available in supermarkets across Quebec, and at the Michel Jodoin online shop for delivery in Canada.

Furthermore, the brand also has plans to extend its canned range to include alcoholic ciders in the near future.