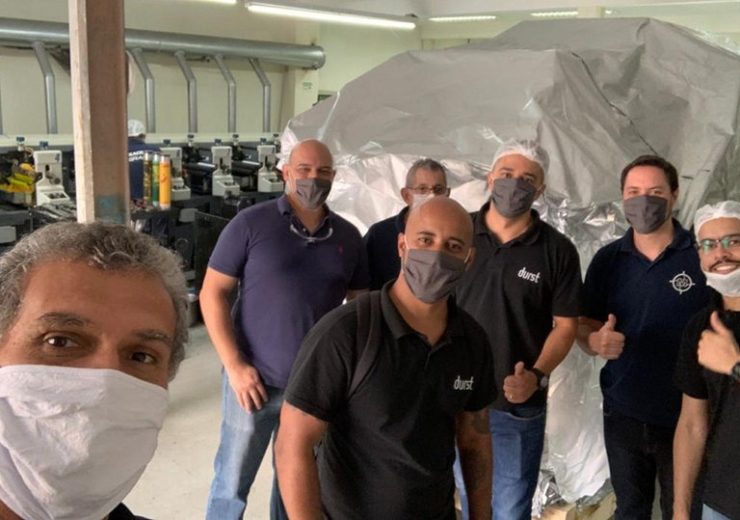 The new label press has been installed at Megalabel’s facility in Sao Paulo and allows the Brazilian label firm to produce high-quality labels at an affordable cost using digital technology.

“We closed a deal in practically three days. Knowing that we can count on a service structure, parts and support here in Brazil is an important differential.”

The new inkjet label press has a production capacity of 1,485 square metres per hour

The new Tau 330 RSC E digital press supports print widths up to 330mm and prints at 52 linear meters and with the optional speed upgrade up to 80 linear meters per min.

The new press is designed to produce labels in approximately eight colours that include CMYK, plus White, Violet, Orange and Green and will also be able to covert about 95% of Pantone colours at a lower cost.

“The fact that we have dedicated teams in Brazil offering direct service, parts and support locally is clearly going to be an increasingly important factor in decision-making going forward as we continue to build our business in South America and further afield.”