The reusable cups initiative will remove an average of 29,000 single-use cups at each game — with the scheme introduced during a testimonial for former captain Vincent Kompany 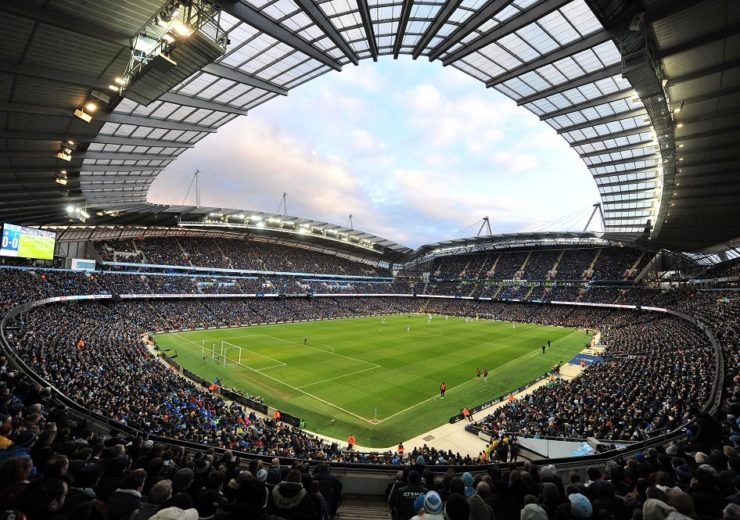 Capable of being used 100 times — and fully recyclable at end of life — the club estimates the cups will save an average of 29,000 single-use plastic cups every match match and reduce plastic waste by 2.4 tonnes a season.

Other in-stadium changes include the removal of all plastic straws, sauce sachets, knives, forks and spoons, as well as one of its matchday bars, Joe’s, becoming the first area within the Etihad to completely abolish single-use plastic.

Manchester City’s head of sustainability Peter Bradshaw said: “Manchester City has made a long-term commitment to sustainability, which began with a series of environmental regeneration works undertaken at City Football Academy during its construction in 2012.

“The ‘Reusable Cup Scheme’ builds on activities and those that we have undertaken to reduce and remove single-use plastics at the Etihad Stadium in recent years.

“We look forward to working with our fans and stakeholders to see the positive impact that we can make together this season and beyond.”

Reusable cups high on the agenda for many major sports venues

Manchester City’s Etihad Stadium is not the first sports ground in the UK to implement schemes encouraging reuse for attendees.

In 2018, Lord’s Cricket Ground introduced a reusable cup deposit return system, with the cups able to be washed and reused more than 100 times.

The stadium has also implemented 25 water fountains, with spectators encouraged to bring their own bottles to top-up around the ground.

Alongside this, the club has offered its premium One Hotspur members a reusable bag for life, which can be used within the stadium.

Spurs chairman Daniel Levy said: “As a club, we’ve always taken our responsibility to care for our environment seriously.

“So I’m delighted that we’ll now be bringing our values to the new stadium to both play our part in the reduction of single-use plastics and raise awareness of the importance of doing so.”

One football club that is blazing a trial in the field of sustainability is lowly League Two side Forest Green Rovers, which has been named the world’s first carbon-neutral team in sport by the United Nations.

Based in the Gloucestershire town of Nailsworth and owned by “green energy” industrialist Dale Vince, the team diverted 95% of its waste produced to either be recycled or recovered in 2016.

It also recycles rain, drain and spring water in order to hydrate the pitch.