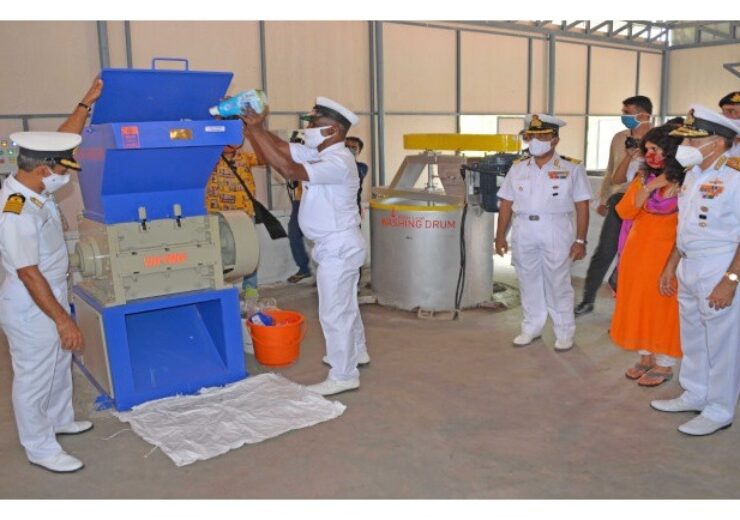 A new plastic waste handling facility has been opened at the Naval Base Kochi, in India, as part of nature-friendly initiatives of the Southern Naval Command (SNC).

With a cost of around Rs 46 lakhs ($62835), the pilot project has been implemented by the Steel Industries Limited Kerala (SILK) via the Ernakulam District Administration.

The facility is said to be a Corporate Social Responsibility (CSR) project by the Cochin Shipyard Limited (CSL).

The facility, which will be owned and operated by INS Venduruthy on behalf of the SNC, has the capacity to recycle around 150kg of plastic per hour.

It holds the capacity to process both soft and hard plastic waste into shredded plastic, which can be used in various recycling applications.

According to the Indian Navy, the new facility is a major step towards efficient and scientific handling of plastic waste in the community.

The facility is also a result of SNC efforts to maintain zero plastic waste at Naval Base Kochi.

SNC commanding-in-chief flag officer vice-admiral Anil Chawla said: “The plastic waste recycling project is a result of coordination and support of multiple agencies, highlighting that there is a collective need to restore the pristine beauty of God’s own country by preserving its biodiversity as there is only one Earth for all of us.”

The initiative has been undertaken to improve the safe disposal of plastic derived from HI products such as liquid vaporisers and aerosols.