Just under half of UK supermarkets use incorrect recycling labels, says study

The study, conducted by consumer publication Which?, found that 42% of supermarkets had used either incorrect recycling labels, or none at all 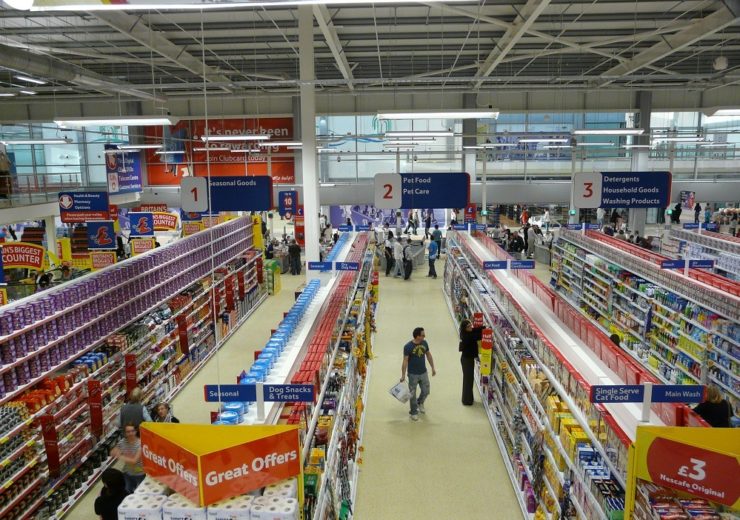 Which? found that 42% of all packaging protects were labelled correctly (Credit: Wikimedia)

Just under half of supermarkets in the UK either use incorrect recycling labels or none at all, according to a new study.

An investigation by consumer advice publication Which? also found close to half of the packaging used by the major chains is not easily recyclable.

The organisation analysed the packaging of a typical household shop of 46 of the most popular items from Aldi, Asda, the Co-op, Iceland, Lidl, M&S, Morrisons, Ocado, Sainsbury’s, Tesco and Waitrose.

Researchers broke down each item’s packaging into its various parts – such as a carton and plastic lid – and looked into whether each piece could be easily recycled.

Which?’s head of home products and services Natalie Hitchins said: “Our research shows there is a lot more supermarkets and manufacturers can do to banish single-use plastics and make sure any packaging they do use is minimal, recyclable, and correctly labelled, so that shoppers know exactly how they can recycle it.

“To reduce the waste that goes to landfill, the government must make labelling mandatory, simple and clear, as well as invest in better infrastructure to ensure that recycling is easy for everyone, regardless of where they live.”

Findings of Which? study into incorrect recycling labels

In its research, Which? found the average proportion of packaging that could easily be put in household recycling bins was 52%, which included items made from cardboard, glass and plastic.

The study revealed the worst offender was Morrisons, with the sample analysed containing 61% of items that were not easily recyclable.

Many of its items came with non-recyclable plastic film, which is generally designed to prevent food from going off and can reduce food waste.

More than half (58%) of materials used in the packaging sample from the Co-op were also found to be not widely recyclable.

Examples of this included an orange juice carton made from a combination of materials – a contrast to the clear plastic bottles used by seven out of the 11 supermarkets analysed.

The best supermarkets in this regard were Tesco and Waitrose, with 40% of their packaging not easily recycled.

Investigators said they were surprised at how little consistency there was across the sector in terms of the materials used in packaging, with some products included in the study packaged differently depending on which supermarket they were purchased from.

But the researchers acknowledged the delicate balancing act that supermarkets are faced with.

They highlighted how the issues of organic waste, including leftover food, have a bigger carbon footprint than plastic – which food retailers claim plays an important role in preventing food waste.

Which? on the incorrect recycling labels

In terms of recycling labels, the worst offender was Iceland, which had only two in five (38%) pieces of packaging correctly labelled.

Which? believes this makes it difficult for well-intentioned consumers to dispose of items correctly, which in turn increases the chances of it ending up in landfill.

The supermarkets that performed better when it came to labelling were Tesco (57%), Morrisons (60%), Co-op (67%), Aldi (69%) and Sainsbury’s (71%), as well as Asda, which led the way with 78% of items of the packaging Which? experts investigated correctly labelled.

Louise Edge, Greenpeace UK’s head of the ocean plastics campaign, said: “Supermarkets need to wake up and take responsibility for the packaging they’re putting out into the world.

“We need to see an urgent move towards reduction of packaging wherever possible, and where packaging is unavoidable – supermarkets must introduce ways for customers to re-use and refill.

“Every piece of packaging that’s unrecyclable will end up either polluting our rivers and oceans, or being sent to landfill or incineration. That’s just not good enough.”

A spokesperson for the Co-op said that almost three in four of its products are widely recyclable, accounting for 95% of packaging when measured by weight, with the company having the lowest plastic footprint of any chain.

They said it is reducing its use of plastic through several initiatives, including the eradication of all hard to recycle black or dark plastic by 2020.

Other measures include a goal to make all plastic packaging easily recyclable or reusable by 2023, expecting 80% of its own-brand products to adhere by 2020.

Responding to Which?’s research into packaging in supermarkets, Peter Andrews, head of sustainability at the British Retail Consortium, said: “Our members are working hard to ensure all plastic packaging is reusable, recyclable or compostable, in line with the UK Plastic Pact, and are eliminating single-use packaging where they can, whilst ensuring it doesn’t lead to avoidable food or product waste.

“The retail industry is keen for government support in making recycling labelling clearer.

“To support this, it’s crucial that there is consistent household collection of materials across the UK so that customers can recycle a yoghurt pot or a carton, for example, wherever they live.”