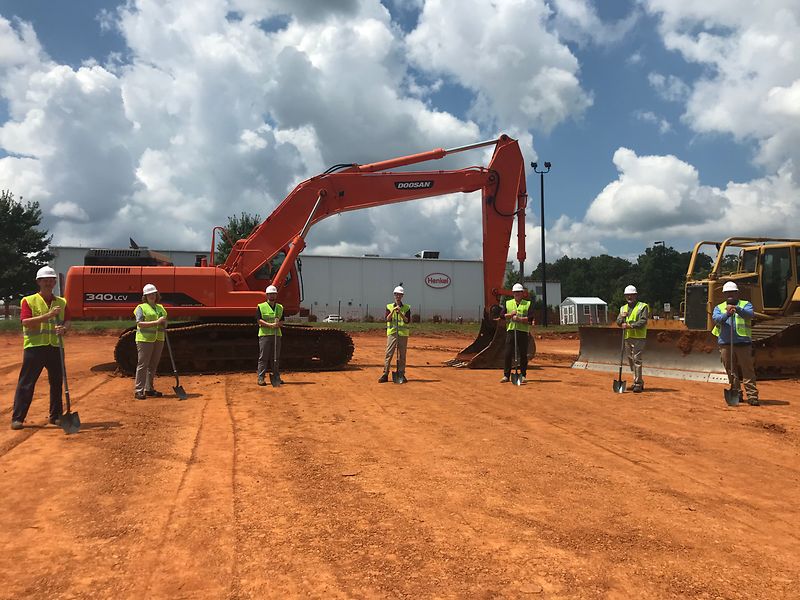 Henkel Adhesive Technologies has broken ground on a new production area at its Salisbury site in North Carolina, US to meet the increasing demand for more sustainable UV-curable adhesives for tapes and label applications.

Scheduled to be operational by the end of next year, the new facility will be equipped for the production of UV-curable acrylic pressure-sensitive adhesives (PSA).

Henkel said that the expansion of the existing site allows it to provide more sustainable and innovative pressure sensitive adhesive solutions to the label, tape, medical, and graphic films markets.

“Combining the ease of use of a traditional rubber-based hot melt with the enhanced performance of acrylic polymers represents not only a step-change in innovation but demonstrates Henkel’s continued commitment to sustainability.”

The new facility will be equipped to produce a comprehensive set of adhesive chemistries including pure polymer, formulated free radical, and cationic curing systems.

“We remain focused on enhancing the consumer experience bringing real value to our customers and their brands.”

The adhesives produced at Henkel’s Salisbury facility are used extensively in the packaging, consumer goods and electronics markets.