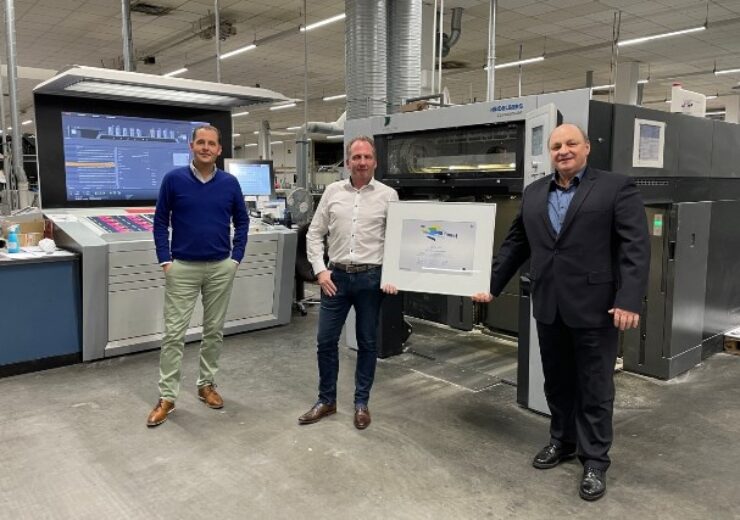 The Prinect Production Manager is a volume-based subscription offering that ensures customers pay only for their actual usage of Prinect and do not need to purchase individual licenses up front. The transparent monthly usage fee covers all functions as well as software updates and upgrades. This means customers always have access to the most recent version and the latest functions, including the hotline and remote support. It also gives them the opportunity to achieve end-to-end workflow automation with improved productivity. Approximately half of Prinect software sales at Heidelberg are now accounted for by contract business.

“As part of its digitization strategy and in line with its focus on core business, Heidelberg is consistently pursuing the expansion of data-based contract business across all areas of the company,” explains Heidelberg CEO Rainer Hundsdörfer. “Our customers benefit from a needs-based offering that means they only have to pay for what they actually require in order to run their company on a productive basis. In turn, Heidelberg benefits from recurring sales in its core business, which centers on printed sheets.”

Established in 1975 and with a workforce of more than 130 employees, druckpartner is a full-service supplier to big-name customers in industry and advertising. By switching from a competitor’s system to Heidelberg Prinect Production Manager and the higher degree of automation it brings, the company aims to actively shape its continued growth. druckpartner plans to use the highly automated approval process to accelerate and improve all aspects of customer support and considerably increase the integration of processes within its production operations. By working in tandem with the presses from Heidelberg, which include two Speedmaster XL 106 machines, Prinect Production Manager is considerably boosting productivity as part of the Push to Stop concept from Heidelberg. Ultimately, it is only by using Prinect that print shops can fully utilize the performance capabilities of the Speedmaster.

“The fully inclusive range of functions combined with the usage-based payment system of Prinect Production Manager are helping us enhance our capacity for innovation, particularly during these challenging times,” points out Marco Böke, Managing Director at druckpartner. “On the one hand, costs are lower when production is not running to full capacity and, on the other, having access to the latest Prinect functions is strengthening our market position in such a way that we can adapt to any changes immediately and meet our customers’ needs precisely.”

As part of its next steps, druckpartner is planning to improve workflow management in the plant by linking its existing MIS system to Prinect – a move that will, for example, enable it to generate process plans automatically for production. In turn, this means having to focus on fewer imposition layouts, which results in higher levels of standardization in production, thereby further supporting Push to Stop production in the pressroom and in postpress.