Heidelberger Druckmaschinen (Heidelberg) and MK Masterwork have unveiled the new Diana Go folder gluer, which is claimed to offer both commercial and packaging printers a cost-effective, flexible, and productive entry-level machine with a small footprint. 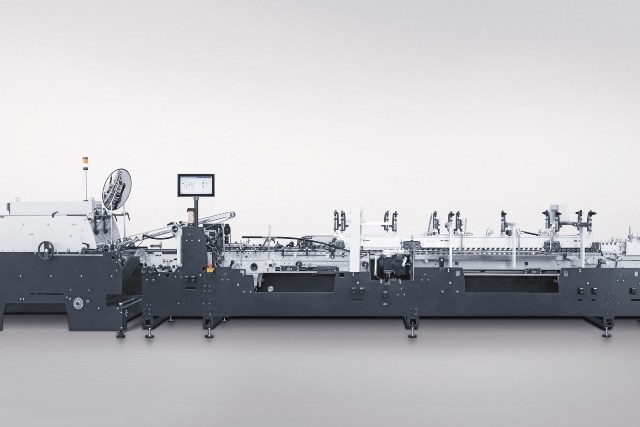 Image: Diana Go folder gluer has been developed for both commercial and packaging printers. Photo: courtesy of Heidelberger Druckmaschinen AG.

Based on Heidelberg’s market requirements, the Diana Go has been designed by the MK development team in Neuss, Germany.

The new folder gluer holds capacity to run a range of carton formats such as straightline and lockbottom, in addition to special styles such as envelopes or CD covers.

With more than 9m long, the Diana Go folder gluer can offer a top speed of 250m/min.

Diana Go folder gluer is provided with multiple design features and holds capacity to provide an expanded portfolio of products to their clients.

Heidelberg has already received three orders for the Diana Go. Two of the customers – Benoit Ayer of Polygravia from Switzerland as well as Algirdas Apulskis and Tomas Ketlerius of UAB Druka, Lithuania – had the opportunity to see the quality of the machine.

The new folder gluer is part of the postpress machine portfolio, which also includes Diana Easy and Diana Smart products.

The companies have showcased the folder gluer at an open house event in MK’s European factory in Nové Město, Slovakia.

Folding carton gluing machines allows manufacturers to produce a range of advanced and premium folding cartons in an economic way. The machines can handle up to 200,000 cartons per hour with better processing quality and short make-ready times

The facility’s capacity was significantly increased by Heidelberg following its acquisition in 2003. With around 150 employees, the factory has been operating under MK Masterwork banner since 2016.

MK Masterwork is a manufacturer of post-press equipment in the Asian region and has significantly invested in the manufacturing, as well as research and development capacity to meet the growing demand from the customers in the packaging market.