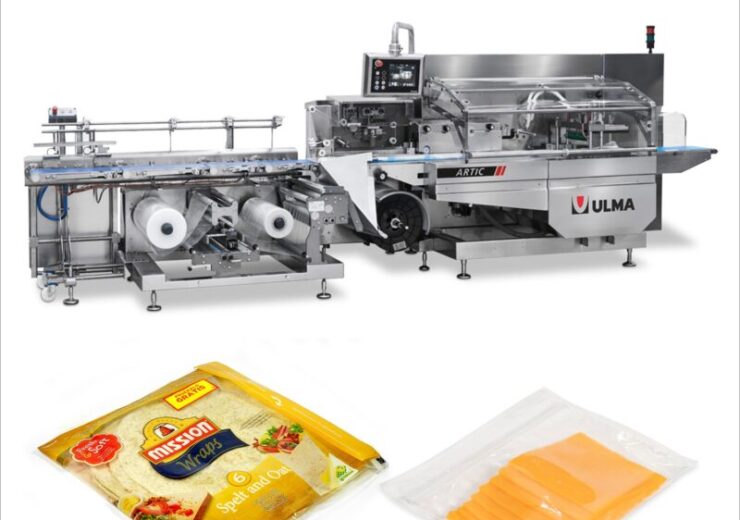 Harpak-ULMA has launched its new Artic Side Seal (Artic SS) packaging system, which is equipped with new multi-side-seal capabilities to cater to medical, meat, bakery, and dairy applications.

According to the US-based firm, the Artic SS packaging system is capable of producing multiple side-seal formats. These include zippered and strip-resealable, along with three-sided non-resealable forms, shrink films, and modified atmosphere capabilities.

The packaging system is said to produce non-hermetic or hermetically sealed packages. For the side seal formats, it utilises a simplified longitudinal side-sealing system.

Besides, the new system from Harpak-ULMA has a lengthy dwell sealing head for cross seals.

Harpak-ULMA claimed that the total cost of ownership (TCO) of the solution is driven by competitive upfront costs related to its installation. The new packaging system also has lower requirements for maintenance over its lifetime because of its design simplicity, said the packaging company.

The company said that fin-sealed packaging results in split panels on one side, which allows only for a smaller printable space. Compared to this, side-sealing lets the two sides of the packaging be utilised fully.

The company said that the two announcements mark an expansion of its North American flow wrap and vertical solutions portfolio.

Additionally, Harpak-ULMA announced that Rockwell Automation controls for its VTC 840 (VFFS) vertical packaging platforms will be available in 2022.

The OEE application is claimed to automatically calculate, monitor, and report the performance of the packaging line to benchmark machine performance.

Harpak-ULMA flow-wrap and vertical form fill applications product manager Hugh Crouch said: “We are part of a dynamic and competitive industry where continuous improvement and innovation are a driving force in the industry. Customers rely on us to help them, not only for innovations in package styles but for the lowest possible TCO.

“On that basis, it certainly appears that we have caught their attention. Both of these introductions reflect a culture of listening to our customers and responding by bringing new options to the table for them.”

Endo to expand fill-finish capabilities at Rochester facility in Michigan, US

Endo to expand fill-finish capabilities at Rochester facility in Michigan, US