Harkwell Labels buys two finishing machines from A B Graphic 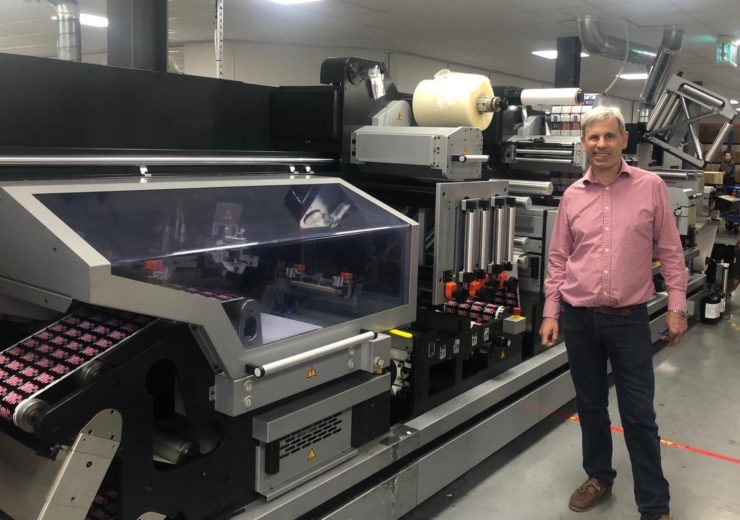 The two machines include a Digicon Series 3, which comprises a screen printing unit and thermal lamination module, and a DigiconLite SR.

ABG said that the purchase of two new finishing machines increases Harkwell’s line-up of its machines to seven.

The investment also allows the custom label printer to keep up with its continued customer demands and follows recent purchases of a second screen unit on an existing Digicon Series 3 and their first DigiconLite.

Harkwell Labels owner and managing director Tim Fountain said: “Having moved into a purpose-built factory in 2016 to keep up with demands capacity, our growth has continued into 2020. We see the increase in our customer base is testament to the ongoing quality of our work.

“Harkwell chose ABG’s Digicon Series 3 to offer our customers the highest level of embellishment and finishing capabilities –   particularly important for our customers in the vaping and pharmaceutical markets.”

DigiconLite made for shorter runs and aims to increase job flexibility

Harkwell’s investment follows the recent acquisition of a second screen unit on an existing Digicon Series 3 and its first DigiconLite – a machine specifically made for shorter runs and aimed at increasing job flexibility.

The Digicon Series 3 systems are modular in design and can be customised to meet individual needs and create a clear, competitive advantage for any print business.

It features a fast semi-rotary die-cutting system, which will be able to run at 150m per minute and work in-line with the fastest digital print engines.

Furthermore, the DigiconLite is specially made for shorter runs and aims to increase job flexibility.

Recently, ABG has unveiled that it is developing Digicon automation modules to deliver high-speed finishing in both near-line and in-line configurations for the recently launched HP Indigo V12 digital press.