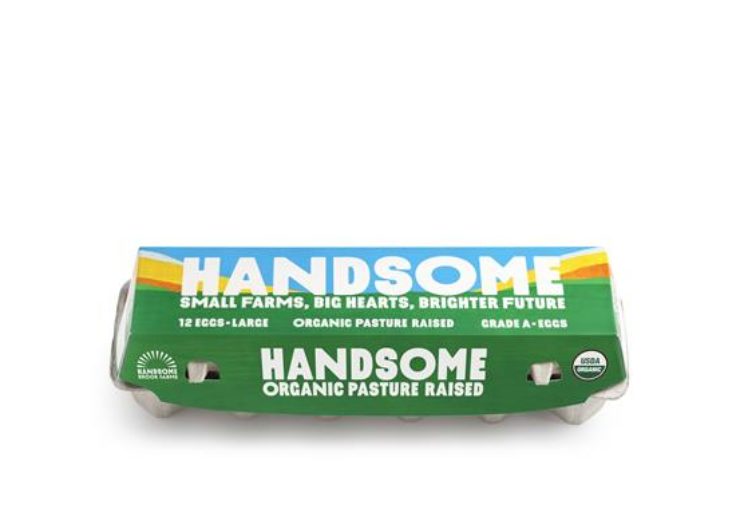 Handsome Brook Farms, a provider of organic pasture-raised eggs, has unveiled new carton packaging, as part of its efforts to better reflect the brand.

The new carton design, which is currently introduced in grocery shelves across the US, is said to reflect the bright future of animal and land husbandry.

According to the company, the vital colours represent the green pastures, blue skies, and bright yellow sunshine of a new tomorrow.

Handsome Brook Farms has collaborated with Redscout for the development of a new visual identity and an advanced packaging design for the brand.

The new logo, which is based on the energy of sun rays, indicates the optimism and forward-looking essence of Handsome Brook Farms.

Handsome has also claimed that the team conducted over 3,000 US consumer surveys to better design the new branding.

Handsome Brook Farms CEO Jordan Czeizler said: “We know customers are paying more attention than ever to what they are eating and how it is getting from farm to shelf.

“Our new branding hedges against the greenwashing and misleading labels we so often see in the category and reflects our unwavering commitment to provide a brighter future for tomorrow through organic, pasture-raised egg production.”

Established in upstate New York with five hens, Handsome Brook Farms manages more than 75 partner farms in 10 states of the US. The company’s eggs are available in major grocery stores such as Walmart, Sprouts, and Publix.

In December 2019, US-based organic egg brand Pete and Gerry’s Organic Eggs unveiled reusable egg carton in a bid to minimise the environmental impacts of its packaging.