Plastic waste makes up a significant share of the pollution in the world’s oceans. In particular, Asian countries are seeing a massive accumulation of ocean waste due to a lack of functioning waste management systems 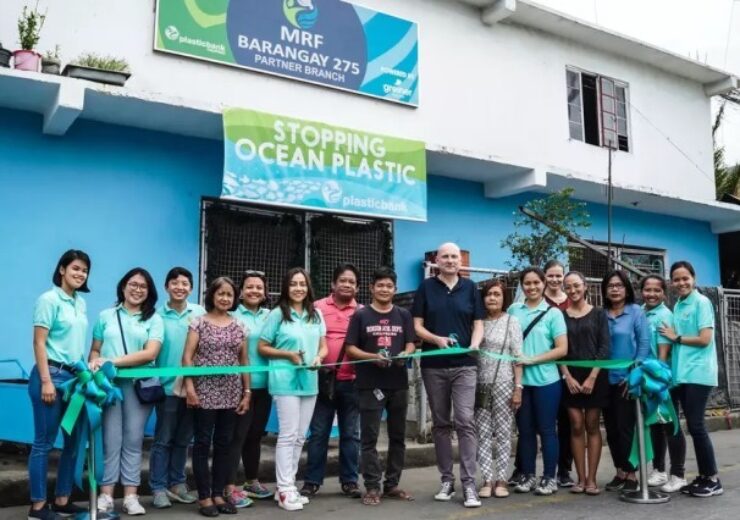 Plastic Bank is empowering the world to stop ocean plastic. It builds ethical recycling ecosystems in coastal communities and reprocesses the materials for reintroduction into the global manufacturing supply chain. Plastic Bank’s collectors receive a bonus for the plastic they collect, providing an increased income they can count on. This recycled material is called “Social Plastic®” because it provides both an environmental and social benefit. Greiner Packaging is committed to supporting the activation of five collection points in Manila, Philippines.

Plastic waste makes up a significant share of the pollution in the world’s oceans. In particular, Asian countries are seeing a massive accumulation of ocean waste due to a lack of functioning waste management systems. The Philippines is the world’s third-largest producer of plastic waste, after China and Indonesia. An estimated 2,000,000 metric tons of plastic end up in the ocean each year just in the Philippines. Experts believe that the country’s Pasig River is alone responsible for introducing nearly 64,000 metric tons of plastic waste into the ocean every year.

As a packaging company, Greiner Packaging is aware of its responsibility toward nature and society and ocean pollution is considered one of the greatest environmental challenge society faces today.

“We are a family business. As such, we’ve made it our mission to preserve our world for future generations. This is a very ambitious goal, of course, and we’re doing everything we can to help achieve it,” said Greiner Packaging CEO Manfred Stanek.

When Greiner Packaging began its search for a project partner to fight marine littering, Plastic Bank quickly stood out. The plastics experts from Greiner Packaging were particularly impressed by the company’s vertically integrated approach. “Collecting plastic refuse combats poverty in addition to cleaning up the environment and making a key contribution toward a circular economy. Our shared goal is to prevent plastic from flowing into the oceans while lifting people out of poverty,” explains Stanek.

Plastic Bank is revealing the value in plastic. Collectors no longer see plastic as waste, but rather as a valuable resource. This is a vital step toward stopping ocean plastic pollution. By providing collectors access to increased income, educational opportunities, and necessities, Plastic Bank is empowering disenfranchised communities to build a better future – not just in the Philippines, but also in Haiti, Indonesia, Brazil and Egypt.

“We’ve seen the situation on the ground, and it’s gratifying to see that the ecosystem we’re supporting in Manila is playing an important role in the fight against ocean plastic. This project clearly demonstrates how a circular system can actually work. The collectors drop off the plastic and it’s sorted before being processed into granulate. The granulate is sold to manufacturing companies, who want to use recycled materials in their products or packaging,” explains Michael Frick, Global Key Account Director at Greiner Packaging.

But Greiner Packaging isn’t alone in its positive assessment of the partnership – Plastic Bank is also excited about the partnership. “We’re happy to be partnering with Greiner Packaging, because the company is aware of the gravity of the situation and is committed to working together to empower communities to stop ocean plastic. Plastic Bank is making a difference and building a regenerative economy,” says Gidget Velez, Plastic Bank’s Philippines Country Manager.

Greiner is a global player in the plastics industry and has been developing recycling technologies for foam and plastic, as well as identifying new applications for recycled plastics, since the 1980s. The company published its first Sustainability Report in 2019. Greiner Packaging also takes a very active approach to sustainability as part of the family business. Greiner Packaging has been involved in the UK-based Ellen MacArthur Foundation since 2016, through which it is supporting the transition to a circular economy. As a signatory to the New Plastics Economy Global Commitment, Greiner Packaging has pledged to eliminate problematic or unnecessary plastic packaging, make its packaging reusable, recyclable, or compostable and increase the use of recycled material in its packaging products.