Top five glass packaging manufacturers in the world by revenue

From Ardagh Group to Vitro SAB, NS Packaging looks at five of the biggest glass packaging manufacturers in the world by revenue 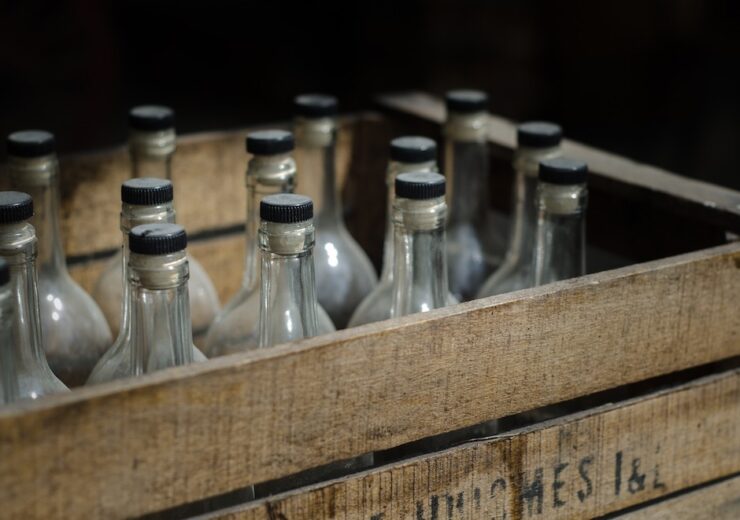 Glass manufacturers using the material to make packaging date back thousands of years and is still popular for this role today.

Egyptians were the first to produce hollow glass containers in about 1500 BC, using them as ornaments and oils.

In the 11th century, Venice became the centre of glassmaking of the western world, especially in the production and processing of pure crystal glass.

Through the efforts of the likes of Friedrich Siemens and Michael J Owens in the late 19th and early 20th century, mass glass bottle production became easier – with Owens’ automatic bottle-blowing machine able to make 2,500 bottles an hour.

Glass packaging is still popular today, especially in the alcoholic beverage industry – which, in the UK alone, was worth £16bn ($21.5bn) in 2018.

NS Packaging looks at five of the biggest glass packaging manufacturers in the world by revenue.

Ardagh Group was founded in 1932 as the Irish Glass Bottle Company in Dublin, taking on the name it has today after Irish billionaire Paul Coulson acquired an initial stake in the company in 1998.

In March 2017, the company launched an initial public offering on the New York Stock Exchange, raising more than $300m on its first day.

Additionally, the firm is involved in the metal can manufacturing sector, serving markets in Europe and the Americas.

Based in Luxembourg, the company currently employs more than 16,000 people across 56 production facilities in 12 countries.

The firm’s current chairman and CEO is Paul Coulson – with the Irishman being chairman of the business since he purchased a stake in the company in 1998.

Japanese company Toyo Seikan was founded in 1917 in Osaka as Toyo Seikan Kaisha with a factory in the city being established in the same year.

In 1953, Shimda Glass joined the business, with its name being changed to Toyo Glass a year later.

By 2013, the firm was transferred to a holding company structure with its name changed to Toyo Seikan Group Holdings.

In terms of its work in the glass sector, the company manufactures and sells bottles for soft drinks and alcoholic beverages, as well as various types of glass tableware for restaurants and households.

According to data analytics company GlobalData, the firm currently employs 19,307 people who are based across sites in Asia, Europe, North America and South America.

The business is currently run by its president Ichio Ostuka, and in 2019 achieved net sales of $7.6bn.

O-I Glass came into existence in 1929 following a merger between the Owens Bottle Machine Corporation and the Illinois Glass Company.

Today, the firm is the largest glass manufacturer in the world, with more than half of all glass containers used today being produced by the US-based company.

It predominantly makes glass container products for the still and sparkling wine, as well as non-alcoholic beverage marketplaces.

Operating in more than 20 countries around the globe, it also develops packaging for the beer, food and spirit industries.

Based in the US city of Perrysburg, Ohio, it currently employs more than 25,000 people operating out of 72 plants.

The firm’s current CEO is Andres Lopez, who took on the role in 2016 after more than ten years at the company.

AptarGroup was founded in 1992, comprising a collection of companies set up at different times that came together under the AptarGroup corporate.

The US-based firm expanded its business base during the late 1990s, completing a series of acquisitions and starting several ventures that yielded consecutive years of record financial totals.

Headquartered in the city of Crystal Lake in Illinois, the firm is predominantly involved in the beauty, food and beverage, personal care and home, and pharmaceutical industries.

As part of this work, it develops products such as active packaging, child-resistant senior-friendly devices and e-commerce capable solutions.

The firm’s current CEO and president is Stephen Tanda, who is in charge of a company that employs, according to GlobalData, 14,100 people across 18 countries.

According to its 2019 annual report, AptarGroup reported net sales of $2.8bn.

Vitro SAB was founded by Roberto Sada Garcia in the city of Monterrey in Mexico, opening its first flat glass factory in Nuevo Leon 20 years later.

Six years after that, the company began to export products to other Latin American countries, becoming listed on the Mexican Stock Exchange in 1974.

Vitro Packaging began to sell and distribute glass containers in the US out of its Texas-based sites in 1985.

In 2016, the firm acquired PPG Flat Glass, maintaining the proven products, plants, personnel and process that made the company an industry leader.

The containers it generates are predominantly produced for the cosmetics and liquor marketplaces, with the firm also producing glass for the architectural, automotive, chemicals machinery and equipment sectors.

According to GlobalData, the firm employs 15,243 people, who are based across more than 45 countries around the world.