Through collaborative working with Sellafield Ltd, we’ve come up with a solution to safely transport contaminated chemicals 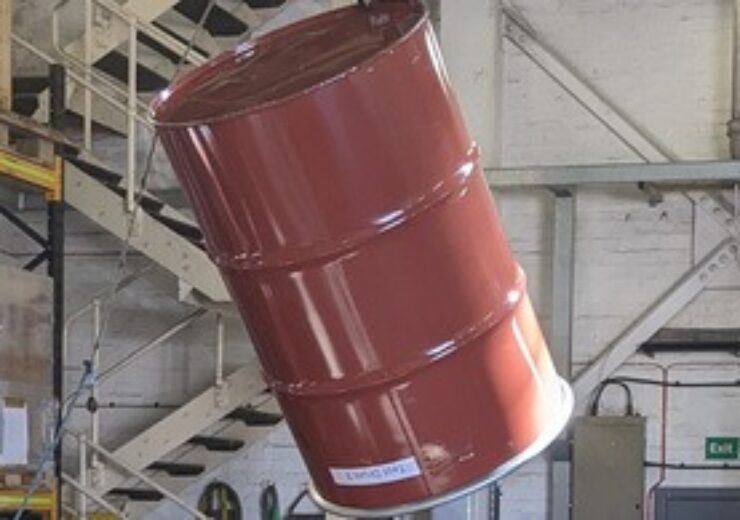 The TC14 was already licenced as a single package, but not a combination. (Credit: Crown)

Customers can now safely transport contaminated chemicals after licensing approval was given for its TC14 drum to be used as a combination package.

“We were approached by Sellafield Ltd as they had large volumes of contaminated chemical waste in stores on their site. There was no compliant way to transport these containers to a suitable disposal facility in the condition they were in, so we needed a new approach.

“We realised that the widely used TC14 drum would be the best solution, but some additional testing and rework of the current safety case was needed before it could be licenced as a combination package.”

The TC14 was already licenced as a single package, but not a combination. After extensive testing, the redesigned TC14C drum has been licensed to carry inner containers of plastic, metal, or glass.

For Sellafield, this means greater efficiencies – they are able to pack more into the TC14C containers, and the approach will significantly reduce the time it will take for them to dispose of these chemicals.

“This is a great example of what can be achieved through collaborative working – it’s another benefit of the One NDA approach that we’ve adopted over the last few years. Sellafield has a pressing need to consign surplus and degraded chemicals for treatment and disposal and we can now facilitate that with the TC14C drums. I don’t underestimate the team effort it takes to deliver the service our customers expect and thank everyone involved in this significant project.”

“This is a great result all round. We’ll be sending all the relevant documents to Sellafield so they can start shipments to the final disposal site as soon as possible, and in the longer term we hope that other customers will realise the potential of the TC14C combination drum.”