Nissin York has relaunched its “Tokachi Nomu Yogurt” in the new cartons with the added convenience of a large, easyopen closure 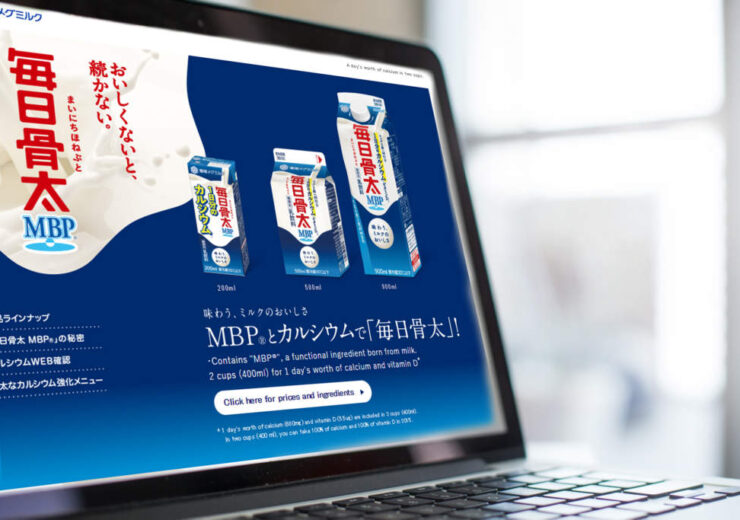 In April 2020, both Nissin York and The Megmilk Snow Brand launched the first Pure-Pak Sense cartons in Japan. Nissin York Co., Ltd. celebrates its 50th anniversary with the relaunch of its “Tokachi Nomu Yogurt” in the new cartons with the added convenience of a large, easyopen closure. The range of five yogurt varieties is labeled functional foods containing healthy bacteria claimed to improve the intestinal environment. The Megmilk Snow Brand has introduced the new carton, the first Pure-Pak Sense carton in Japan, for the relaunch of Mainichi-Honebuto MBP (Calcium added functional milk) and Accadi Onakani-Yasashiku (Low Lactose milk).

“With the new carton we aim to establish a new category for dairy products that satisfy both nutritional function and good taste,” explains the product development representative from the Megmilk Snow Brand. “Consumers don’t have to trade deliciousness with nutrition. Mainichi-Honebuto is enriched with added nutrients, just two glasses provide one day’s worth of calcium and vitamin D, and twice as much MBP as milk.”

Milk basic protein (MBP) is a fraction of whey protein found in milk. It is separated from milk through fractionation, and it is a functional compound and consists of several biologically active milk proteins.

“The carton fits in well with the Japanese market,” explains Ken Ito, from Nippon Paper. “Our customers are looking for innovation and something new that brings added convenience and more sustainability for consumers.”

For Nissin York, the “one- twist closure” brings a feature that is resource-saving with no ‘middle plug’ and is more hygienic, as consumers do not need to touch the pouring part of the cap directly. “The closure without the pull-ring makes this not only easy to open but also a resource-saving design,” says Mr. Michiharu Sakakibara from Nissin York Co. “The larger closure adds differentiation compared to other gabletop cartons on the market. It also brings consumer convenience as it is very easy to pour, and it can be sealed firmly for storage, keeping contents fresh for longer.” “These are both key customers. The “Tokachi Nomu Yogurt” is one of the largest yogurt drink brands in Japan, and the Megmilk Snow Brand is one of our largest dairies,” adds Ken. “There is a high expectation in Japan from customers and consumers for eco-friendly packaging but with more convenience and useability. Because caps are not common in Japan, this has meant an increased demand for closure features that are easier to open and pour and are more hygienic for consumers.”

“The new carton has created high visibility in-store, giving the Megmilk Snow Brand real differentiation. We aim to establish a new category of milk products satisfying both nutritional function and good taste,” adds the representative from Megmilk Snow Brand. “We will further collaborate with Nippon Paper and Elopak to improve and develop packaging that satisfies consumers and increases the value of our products.”