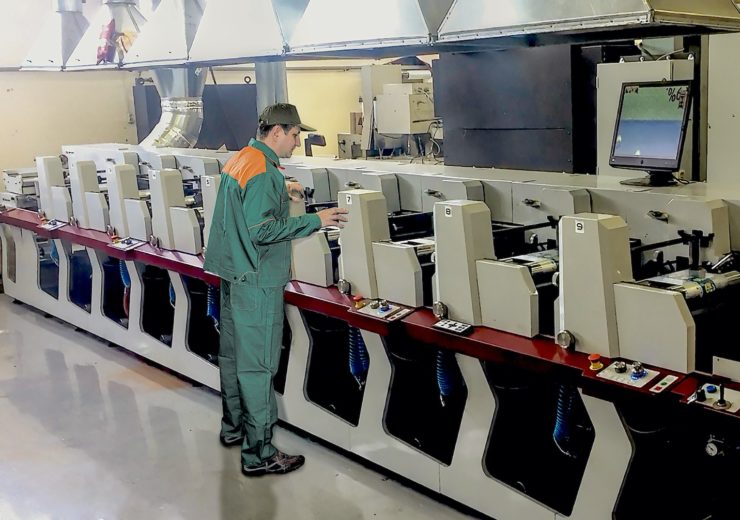 The new machine, which is said to be the first P4 to be installed in the country, will complement Sigma’s four operational Mark Andy 2200 presses with its compatible tooling.

Firma Sigma owner Gennady Uzlov said: “We have had nine Mark Andy presses over the years and all have been extremely reliable – in fact our first 2200 is still running 24/7, and this gave us the confidence to stay with the brand and invest in one of its new P4 machines.

“It is well priced and is a very productive press – best of all it allows us to use the large inventory of 2200 tooling that we have built up over the years.”

The press features a modular design and is capable of converting substrates from 50 to 305-micron at speeds up to 230m/min. It offers repeat lengths from 140 to 610mm.

The press, which is available in three web widths from 280mm to 430mm, features a rail system to enable customisation of applications for each converter.

Mark Andy Russia distributor sales team leader Maxim Aleksashenko said: “Sigma is one of three label converters serving this sector of the market in Moscow, and all are Mark Andy users.

“Present Packaging have 2200 and 4150 presses and TT Print have two P5s, so there is a strong belief in the productivity and efficiency of Mark Andy technology here – the presses allow their owners to make money in what is a very competitive marketplace.”

In October this year, UK-based Berkshire Labels commissioned Mark Andy Performance Series P9E flexo press at its manufacturing facility in Hungerford, which is located at around 100km west of London, to boost its production capabilities.