Scientists involved in the research say the enzyme could allow PET plastic, typically used in bottles, to indefinitely go through recycling processes 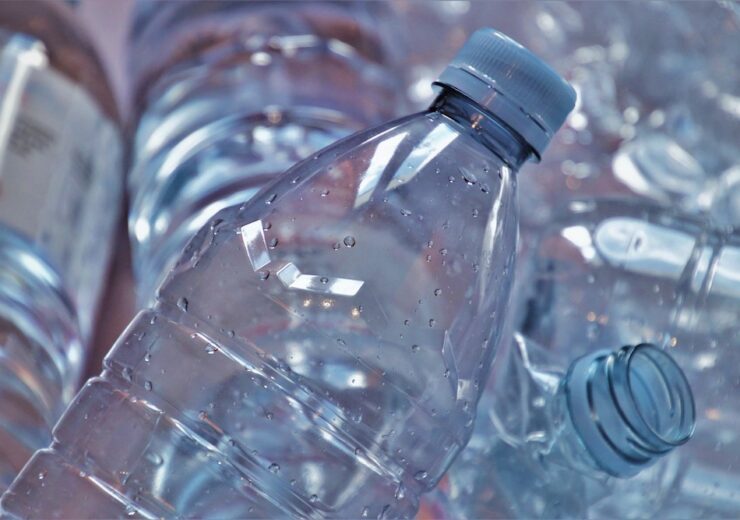 The enzyme breaks PET plastic, typically used to make bottles, back down to its building blocks (Credit: Pixabay)

Scientists from the UK and US have created an enzyme “cocktail” that can digest plastic waste, and could aid in the recycling of PET bottles.

Developed by the same team that re-engineered the plastic-eating PETase, they found a second MHETase enzyme in the same rubbish dwelling bacterium that lives on a diet of plastic bottles.

They have combined this with PETase to speed up the breakdown of plastic, which digested the waste up to six times faster.

PETase breaks down PET back into its building blocks, creating an opportunity to recycle plastic infinitely, as well as reduce plastic pollution and the greenhouse gases driving climate change.

The team was co-led by Professor John McGeehan, director of the Centre for Enzyme Innovation at the University of Portsmouth, and Dr Gregg Beckham, a senior research fellow at the National Renewable Energy Laboratory in the US.

The study conducted has been published in the journal Proceedings of the National Academy of Sciences of the United States of America.

Professor McGeehan said: “Gregg and I were chatting about how PETase attacks the surface of the plastics and MHETase chops things up further, so it seemed natural to see if we could use them together, mimicking what happens in nature.

“Our first experiments showed that they did indeed work better together, so we decided to try to physically link them like two Pac-men joined by a piece of string.

“It took a great deal of work on both sides of the Atlantic, but it was worth the effort – we were delighted to see that our new chimeric enzyme is up to three times faster than the naturally evolved separate enzymes, opening new avenues for further improvements.”

The scientists initial PETase discovery shortened the hundreds of years it takes PET plastic to break down in the environment to a matter of days.

This discovery set up the prospect of a “revolution” in plastic recycling, creating a potential low-energy solution to tackle plastic waste.

The team engineered the natural PETase enzyme in the laboratory to be around 20% faster at breaking down PET.

Now, the same team has combined PETase and its “partner”, a second enzyme called MHETase, to generate much bigger improvements.

This has been done by mixing PETase with MHETase, which resulted in doubling the speed of PET breakdown.

They then engineered a connection between the two enzymes to create a “super-enzyme”, increasing this activity by a further three times.

The original PETase enzyme discovery heralded the first hope that a solution to the global plastic pollution problem might be within grasp, although it alone is not yet fast enough to make the process commercially viable to handle the tonnes of discarded PET bottles.

Combining it with a second enzyme, and finding together they work even faster, means another forward step has been taken towards finding a solution to plastic waste.

Both PETase and the combined MHETase-PETase work by digesting PET plastic and returning it to its original building blocks.

This allows for plastics to be made and reused endlessly, and could reduce reliance on fossil resources such as oil and gas.

In order to solve the 3D structure of the MHETase enzyme and get the blueprints to begin engineering a faster enzyme system, Professor McGeehan used the Diamond Light Source based in Oxfordshire.

This is a synchrotron – a type of circular particle accelerator – that uses intense beams of x-ray ten billion times brighter than the sun to act as a microscope powerful enough to see individual atoms.