he commercial launch of the new carton is with the famous Don Simón brand for its plant-based range, introduced in November in 1 litre Pure-Pak eSense cartons with Natural Brown Board 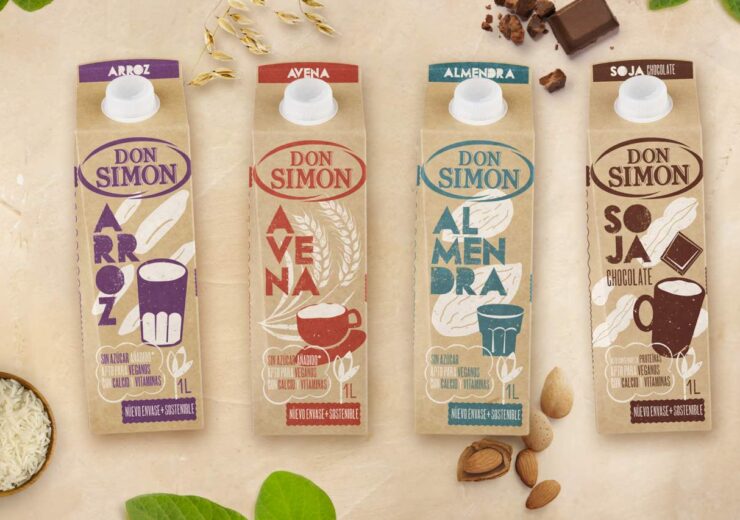 The new carton is aluminium-free and instead made with a polyolefin blend barrier. (Credit: Elopak)

Commercial launch of aluminium-free carton
A leader in the Spanish market for over 130 years, García Carrión is the first to introduce the new Pure-Pak eSense aluminium-free aseptic carton. The commercial launch of the new carton is with the famous Don Simón brand for its plant-based range, introduced in November in 1 litre Pure-Pak eSense cartons with Natural Brown Board.

The six Don Simón products, are the first in the world to be launched in the new aluminium-free carton, and will feature soya classic, soya light, soya chocolate, almond, rice and oat drinks.

Elopak launched the Pure-Pak eSense carton in line with its ambition to promote a net zero circular economy for packaging; driving the transition from plastic bottles to fully renewable, low carbon cartons. The new carton is aluminium-free and instead made with a polyolefin blend barrier. This results in up to 50% lower carbon footprint than a standard Pure-Pak aseptic carton and full recyclability where infrastructure exists.

Takes care of you and the Planet
The Don Simón was first launched in Spain in 1980, and has grown to be the country’s number one juice brand with the motto “Takes care of you and the Planet”. Elopak has partnered with García Carrión for many years, and for this latest milestone has collaborated to create a 360º digital experience, aimed at educating consumers in a fun and interactive way about the benefits of the new carton through a webapp triggered by scanning a QR code on pack. Consumers receive points for participating and sharing content on their socials with a prize draw as a further incentive.

The innovative range of Don Simón plant-based drinks are responding to consumer demand motivated by concerns for diet, health and sustainability. Consumers can make more choices from this popular brand from November as the new products have hit the shelves. They are packaged in the Pure-Pak eSense cartons with Natural Brown Board and a distinctive transparent cap based on renewable raw materials from the forest. García Carrión also selected carbon neutral cartons and all the packs feature the CarbonNeutral logo.