The new thermochromic inks free from Bisphenol A, F and S will help CTI to meet the strict regulatory standards for pharma packaging 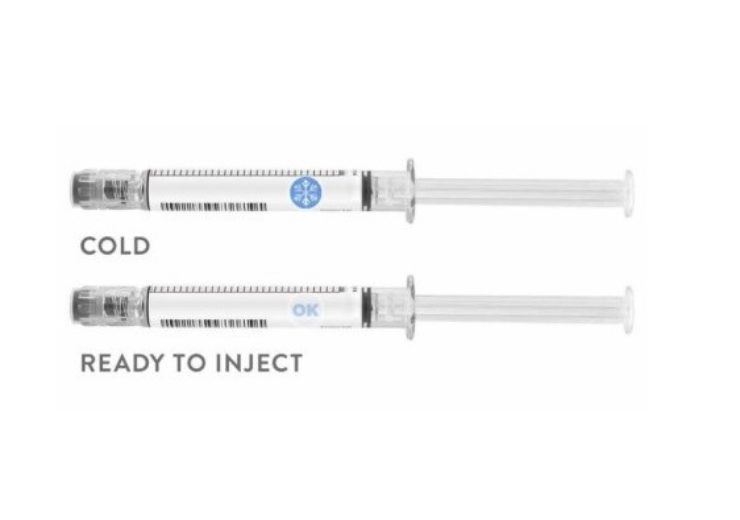 CTI claims that ViziRev SafeInject eliminates the question of whether an injection is safe for the patient. (Credit: PRNewswire / Chromatic Technologies Inc)

Chromatic Technologies (CTI) has launched new printable thermochromic technology, which is free from Bisphenol A, F and S.

The new thermochromic inks free from Bisphenol A, F and S will allow the company to meet the strict regulatory standards for pharma packaging.

According to the company, the spread of the coronavirus has refocused the attention of the world on better care of the supply chain for vaccines and drugs.

The focus has been shifted to low-cost technology that can monitor the cold chain, detect temperature abuse and tamper, as well as provide authentication.

Bisphenol A (BPA) is said to be labeled as an endocrine disruptor, which is used in multiple plastics. It is also applied in the lining of food and beverage cans and carbonless paper.

Most of the companies have focused on limiting the use of Bisphenol A, F and S, as a preventive measure, said the company.

CTI’s advanced thermochromic inks can be used with pharmaceutical, food and beverage printers

CTI’s advanced thermochromic inks free from Bisphenol A, F and S are suitable for pharmaceutical printers, as well as food and beverage printers.

“Not only did we create CTI’s products free of BPA, F and S, but we also installed a 21-step checklist to validate quality and performance.”

In September 2017, CTI introduced Tamper Alert irreversible and heat-activated ink technology, which can identify tamper evidence in labels and packaging.

CTI provides smart, specialty and colour-changing technology, which responds to temperature, light and pressure. Established in 1993, CTI exports its products to 55 countries.

The company, which is claimed to be the world’s largest producer of thermochromic ink, also produces other environmentally reactive technologies such as photochromic, pressure activated, irreversible, reveal and glow-in-the dark.

Nespresso to make every coffee cup carbon neutral by 2022

Nespresso to make every coffee cup carbon neutral by 2022