Trolli Crunchy Crawlers are available at mass, grocery, drug and convenience stores nationwide and online in a variety of sizes 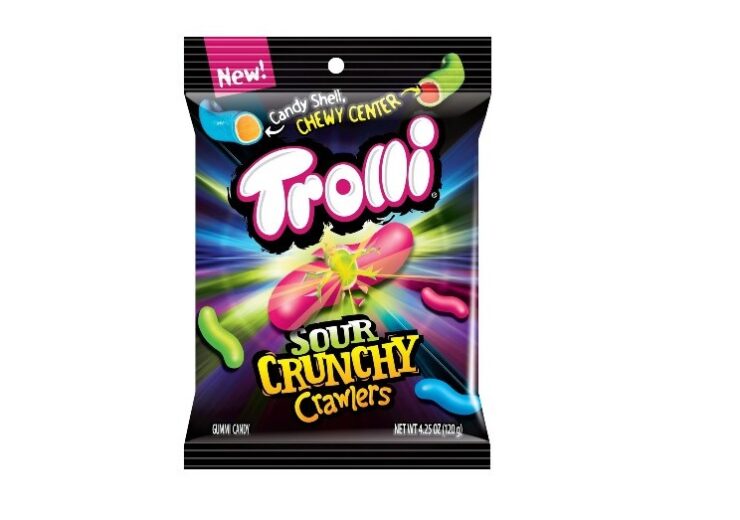 The newest addition to the Trolli portfolio has everything gummi fans love in a poppable shape, offering a one-of-a-kind sensory twist that leaves a lasting impression.

Trolli Crunchy Crawlers are a dual-textural spin on Trolli’s classic sour gummi worms that deliver a thin, crunchy shell and a chewy, fruity center. Each bag of the neon candy-coated gummi worms contains three, dual-flavored pieces in Strawberry-Watermelon, Raspberry-Orange and Lime-Cherry flavors, that pack just the right amount of sweet and sour in a weirdly awesome way. Trolli Crunchy Crawlers are available at mass, grocery, drug and convenience stores nationwide and online in a variety of sizes, including:

“We are thrilled to bring consumers the first-ever crunchy, candy-coated gummi worm with our Trolli Crunchy Crawlers,” said Dave Foldes, Trolli’s Senior Brand Manager. “We know that our Trolli fans crave sensory excitement and because we like to push boundaries in the fantastical world of Trolli, the new Crunchy Crawlers deliver on that trend in a uniquely delicious way that only Trolli can.”

Last spring, Trolli Crunchy Crawlers won the highest-level honor – the “Best in Show Most Innovative Product Award” – at the National Confectioners Association’s (NCA) 2019 Sweets & Snacks Expo. The award was based on a tasting panel of 20 judges comprised of leading retailers, wholesalers, trade media, trend spotters and food industry experts who evaluated more than 300 products before the show. Each product is evaluated based on innovation, taste, packaging and ability to sell. The award reinforces that Trolli – a Top 10 Non-Chocolate Confection Brand – continues to create break-through products in new and delicious, and weirdly awesome formats.

Trolli has been at the helm of the beloved gummi worm candy craze for decades, having invented the now famous gummi worms more than 30 years ago. Trolli offers a wide range of products in a variety of sizes, shapes and flavors for all gummi candy fans to enjoy, including their classic Sour Brite Crawlers, Sour Brite Crawlers Very Berry, Sour Brite Octopus, Squiggles, Peachie O’s, Sour Brite Eggs, Sour Brite All-Star Mix, and more.