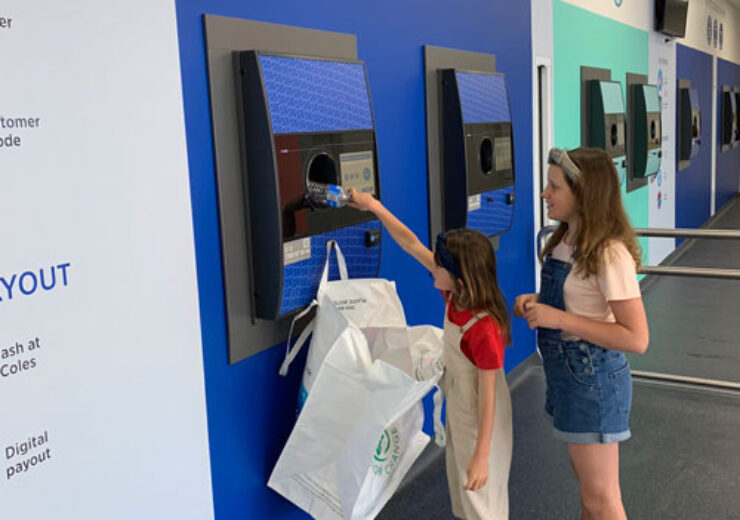 Under the Containers For Change program, consumers pay a 10-cent deposit when they purchase an eligible beverage, which is refunded to them when they return their empty container for recycling. Recyclers receive a retail cash voucher of 10 cents per container that is processed through TOMRA’s machines. All vouchers can be redeemed for cash or used as a discount off their shopping at a participating supermarket retailer. Recyclers can also donate their container deposit refund to a local charity, direct from the reverse vending machine.

For the next six months, Western Australian recyclers can also participate in TOMRA’s national fundraising campaign Bottles Can Change Lives to help three of Australia’s most respected charities – Beyond Blue, The Salvation Army and Oz Harvest – during these challenging times around COVID-19.

Recycling contributing to green jobs
The Containers For Change deposit return system will generate approximately 500 new jobs to Western Australia, providing a much-needed boost to the economy during the current recession.

Of the 29 jobs offered by TOMRA directly, the company has announced that at least one position per recycling center will be held for Aboriginal employment as part of the company’s trainee partnership with local charity Nudge.

“TOMRA worked with Nudge last year to give locals a taste of what a container deposit scheme could bring to the state with a demonstration refund point. After witnessing the positive outcomes of the charity’s work first hand, it seemed only natural to partner with them to help us initiate this new program,” says Ryan Buzzell, President of TOMRA Collection Solutions.

As part of the traineeship, Nudge will focus on upskilling each worker, enabling them to gain crucial life experience coupled with engaged work-based learning. A range of support methods will be implemented, including one-on-one mentoring, a formal workplace buddy support program, and pastoral care focused on cultural, family and personal matters.

“Last year Western Australians raised $21,118 for Nudge’s charity work through recycling containers at TOMRA’s demo kiosk located at Stocklands in Bull Creek. Now, we are proud to announce that with the new container deposit scheme, Western Australians will again have the opportunity to donate to struggling local charities, organisations and community groups,” adds Buzzell.