How Samsung is tackling its plastic waste: Environmental policies nearly 30 years in the making 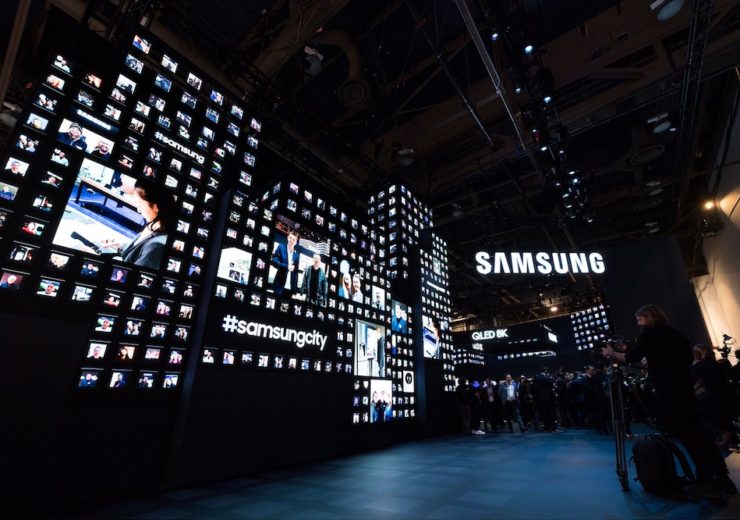 Technology giant Samsung is no stranger to innovation, and its efforts to tackle plastic waste is no exception.

The South Korean company has been committed to reducing its plastic footprint since publishing the Samsung Environmental Declaration in 1992.

This has seen the firm implement a range of policies designed to raise awareness of plastic and its impact on the environment.

In 2019, Samsung — which produces about a fifth of South Korea’s total exports — revealed plans to first limit, and, ultimately, remove plastic packaging from all of its products.

In June 1992, the Brazilian coastal city of Rio de Janeiro played host to the first-ever United Nations Conference on Environment and Development (UNCED).

As part of this gathering, world leaders from more than 170 nations including the US, UK, Russia and China signed-up to Agenda 21 — a non-binding action plan drawn up by UNCED regarding sustainable development.

In response to this, the 23-year-old Samsung Electronics company decided to launch and sign-up for its own sustainability commitment.

The Samsung Environment Declaration committed the company to reduce its impact on the environment, and tackle problems such as climate change and resource depletion.

In 1998, it established its e-waste take-back programme — which allowed consumers to return any of its electronic goods to the company.

One of the firm’s biggest such operations is based in the US, with collection points in most states across the country.

That same year, Samsung also established its own recycling centres.

In 2004, Samsung introduced its eco-design process as part of its product development programme.

This is an appraisal that investigates a product’s energy and resource efficiency, as well as its potential environmental damage from the beginning of its development cycle.

A year later, the company established its environmental analysis lab, putting in place a system that keeps track of whether hazardous substances are included in a product’s development process.

These are focused on three issue areas — climate change, resource efficiency, and the preservation of the natural environment.

This has seen the firm involved in education programmes teaching young people about climate change and recycling in South Korea, the US and UK — as well as an e-waste take-back campaign in Portugal.

In 2013, Samsung introduced its first 100% recycled packaging made entirely from discarded paper.

A year later, the company instituted a system to assess the ecological merits for each of its products with an eco-rating.

Its three-level rating system — eco-product, good eco-product and premium eco-product — evaluates a product’s compliance with energy and resource efficiency regulations, as well as its environmental impact.

As of 2016, approximately 86% of Samsung items in development had attained a rating of good eco-product or higher.

How Samsung is  looking to tackle plastic waste

A key part of Samsung’s sustainability philosophy is based around maximising resource efficiency from assembly to end-of-life disposal.

The firm does this by employing a circular economy — where products are designed to be reused — and using environmentally-friendly materials.

As part of this, the company collected 3.8 million tonnes of its own waste between 2009 and 2020 — with Samsung locations having a 95% recycling rate globally.

At the start of 2019, Samsung Electronics unveiled its new product packaging policy, which is designed to reduce its plastic consumption and the amount of waste it generates.

This saw packaging used by its products being substituted with environmentally sustainable materials such as recycled or bio-based plastics and paper.

For Samsung’s mobile phones, tablets and wearables, it replaced the plastic used for holder trays with cardboard moulds, and the bags wrapping accessories with eco-friendly materials.

Alongside this, the firm replaced the plastic bags used to protect the surfaces of home appliances between 2009 and 2020, with bags containing recycled materials and bioplastics.

The firm also aims to use only certified sustainable fibre materials in its paper boxes and manuals by the end of 2020.

Replacing its mobile product packaging with paper is expected to reduce its use of plastic by 1,541 tonnes a year.

As part of this, the smartphone’s box and the interior packaging were developed to consume fewer resources and use more environmentally-friendly materials.

Instead of a box-covering sleeve, a holder tray, and a bottom box, it retained just the bottom box.

The firm also replaced all the plastic ties in the boxes with paper materials, and gave the smartphone’s charger a matte, rather than glossy finish, negating the need for a plastic protective film.

All of this work is part of Samsung’s circular economy policy, with the firm aiming to have used 500,000 tonnes of recycled plastic and collected 7.5 million tonnes of discarded products between 2009 and 2030.