Researchers, who will circumnavigate the globe, hope to get a better understanding of the impact microplastic pollution has on the ocean 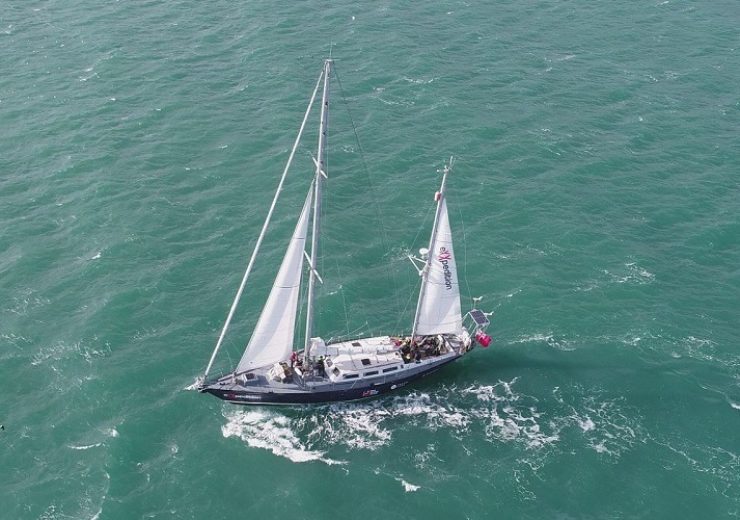 The 'Round the World' project by eXXpedition aims to explore the science of, and solutions, to plastic pollution in the world's oceans (Credit: eXXpedition)

German-based technology company SAP has partnered with eXXpedition in an initiative exploring the impact microplastic on the world’s oceans.

The “Round the World” project, which was co-founded by ocean advocate Emily Penn, aims to study the science of, and solutions, to plastic pollution in the marine environment.

Penn and her team have invited 300 women from all walks of life to sail 38,000 nautical miles in 30 stages, exploring ocean waters across the planet.

SAP will share data and insights from the eXXpedition voyages with both governments and non-governmental organisations.

Penn said: “I’m incredibly excited to join forces with SAP to improve the health of our ocean by bringing together the energy of our eXXpedition community and our scientific research with SAP’s innovative technologies.

“Industry has a huge role to play in addressing the challenges our ocean faces.

“The most pressing problem is how to turn off the tap to plastic pollution, and the next years will be spent doing just that — trying to prevent plastic getting into the ocean in the first place.

“For us to do that, we need everybody on board and, in particular, we need businesses to come to the table and take a lead, as SAP is doing.”

The “Round the World” project by eXXpedition, which launched in 2019, is a two-year all-female sailing voyage and scientific mission that will circumnavigate the globe.

Going through some of the densest plastic accumulation zones, the teams will study the effects of plastic pollution from the S.V. TravelEdge.

As of February 2020, the crew are on leg seven of the research programme, on course for Easter Island in the south-eastern Pacific Ocean.

Once the project is completed, SAP will support the researchers by creating a custom-built digital platform, which will educate people on the action they can take to reduce plastic waste in their communities.

To share the data, the firm will use its pilot programme the Plastics Cloud.

Currently in its second phase, the system was initially focused on collecting data on the UK’s plastic supply chain.

The software is now interacting with the company’s cloud-based business-to-business marketplace, SAP Ariba, to help create a global platform for suppliers of recycled plastics and alternative materials.

Around $10bn worth of packaging flows through the Ariba Network annually.

SAP’s head of sustainable business innovation in Europe, the Middle East, and Africa, Stephen Jamieson, said: “Even a small portion of global spend on packaging redirected to pre-certified suppliers of recycled plastics and alternatives can have a tremendous impact on the environment.”