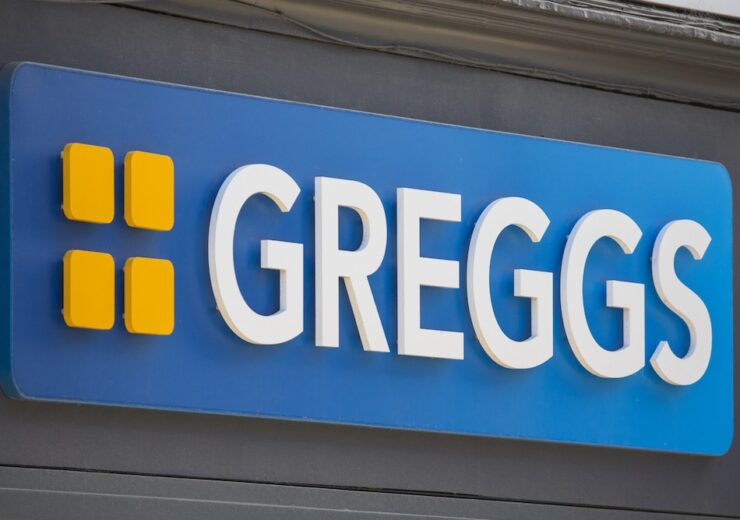 Greggs will go about sustainable development in three ways, firstly building stronger and healthier communities by pledging to play its part in improving the nation’s diet (Credit: Shutterstock/chrisdorney)

In February 2021, UK bakery chain Greggs launched the “Greggs Pledge”, which underlined a set of its sustainable development commitments – including making packaging improvements – that it’s doing to “make the world a better place by 2025”.

In order to create these, the firm said it “reflected on what it could do to have the most positive impact on the world”, and chose to dedicate its efforts to three areas – these being communities, the planet and its approach to business.

In a statement on Greggs’ website, its chief executive Roger Whiteside said: “It’s our duty as a modern business to stand for more than just profit.

“The Greggs Pledge is all about how we can do more to help people, protect the planet, and work together with our partners to change the world for the better.

“Greggs has a proud reputation of giving back. Since John Gregg founded the business in 1939, we have always tried to do the right thing for our people, our suppliers and our communities.

“These family values are at the heart of our culture. Today. Greggs is a company with a national presence, supporting hundreds of suppliers, employing thousands of people, and serving millions of consumers.

“The way we operate affects a great many people so being a good business is more important than ever.

“The global pandemic has reminded us all of the importance of community, the power of kindness, and the value of collaboration to tackle our biggest problems.

“Now, we must work together to rebuild our economies and address the complex social and environmental problems that we were already grappling with.”

Greggs will go about sustainable development in three ways, firstly building stronger and healthier communities by pledging to play its part in improving the UK’s diet.

It also wants to create a “safer planet” by committing to becoming a carbon-neutral, zero-waste business.

Finally, it’s pledged to building a “better business” by increasing the diversity of its workforce, and by using its purchasing power responsibly.

It will then continue to work towards getting 100% of its surplus food to those most in need.

This work has begun at its manufacturing sites, changing how it does things to allow the teams at each factory to become the expert at making a particular thing – such as doughnuts, bread or its sandwiches.

In order to reduce waste in its shops, the firm has introduced a “highly efficient” forecasting and ordering system based upon two years of sales history.

This enables Greggs to forecast, shop by shop, what its customers are likely to want in the weeks ahead.

It finally donates all its unwanted items, with any unsold food left at the end of the day being cleared out of its shops to make way for fresh products being delivered in the morning.

By the end of 2019, the firm had 1,700 organisations regularly collecting unsold products from its shop and bakeries.

The firm has also committed to making 25% of its shops feature elements of its “Echo-Shop” store for future design.

In 2020, it built 84 new shops around the country, and refitted a further 33 – this provides it with a “great opportunity” to tweak its approach and think about ways to save energy.

All of these stores include certain things as standard, such as putting doors on all of its self-select fridges so it doesn’t waste cold air – or using LED lighting instead of the more energy incandescent style of bulb.

Additionally, the majority of its new shops have automatic front doors so it’s not heating the pavement in winter.

Alongside this, it’s created a template for a shop that incorporates sustainable thinking from the design stage, which considers how it builds its shops, what they’re made from, and how the technology and fitting that it installs runs inside them.

It also considers how it decommissions shops and recycles components from them.

By 2025, Greggs will use 25% less packaging by weight than it did in 2019, with any remaining packaging being made from a material that is widely recycled.

It’s started by removing plastic because it doesn’t biodegrade and would likely create environmental problems such as littering and pollution.

For example, instead of using clear plastic “lifting sheets” to put a food product into a bag without touching, it uses reusable tongs.

It has also substituted items with sustainable materials, such as swapping plastic bags with paper bags and plastic packaging with cardboard packaging.

For any plastic packaging Greggs does use, it has committed to include an average of at least 50% recycled content in them.

It’s also ensuring that 100% of the plastic packaging collected by Greggs is recycled through the most appropriate route.

In addition to this, it’s partnered with Refill UK to provide free drinking water to the increasing number of customers wishing to refill their own bottles.