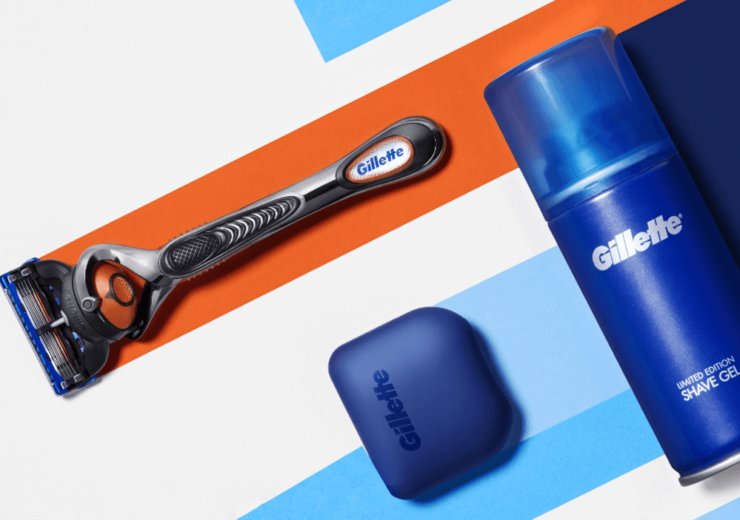 As part of Gillette’s sustainability goals, it expects 100% of its packaging to be recyclable by 2030 (Credit: Gillette)

Gillette has announced it is aiming to reduce its virgin plastic usage by 50% by 2030, as part of its push to become more sustainable.

It comes off the back of a global survey the shaving giant conducted in 11 countries revealed that 54% of men aged 18 to 50 care about sustainability now more than ever – and long-term considerations are the leading drivers.

In addition, 58% of those spoken to for the Gillette survey said plastic waste in the environment is a very important issue to them.

Gillette’s global senior vice president Alessandra Dolfini said: “Gillette’s mission is to provide men with the best possible grooming products in a way that also protects the future of the world around us.

“The new data reveals that this unprecedented time has deepened men’s commitment to preserving the planet for the next generation – and through Gillette’s ongoing sustainability journey, we hope to make a positive difference today, tomorrow and long into the future.”

Gillette to make 100% of its plastic packaging recyclable by 2030

Gillette’s survey also revealed that 95% of men have made at least one sustainable lifestyle change in the past five years, including adopting reusable bags, recycling and composting regularly, and reusing products.

Alongside this, since the start of Covid-19, men have focused most on reducing food waste, with the research showing that they’re most likely to take sustainable actions because it feels like they are doing the right thing (50%), followed by a need to set a good example for others (41%).

Dolfini said: “It’s clear that men are committed to advancing environmental sustainability for the long-term good of the planet and people.

“From addressing waste to reducing water consumption, Gillette remains committed to our goals in areas that are a priority for our customers – as well as other critical challenges across the supply chain, including reducing emissions, sourcing responsibly and ensuring ingredient transparency across the board.”

As part of Gillette’s sustainability goals, it expects 100% of its packaging to be recyclable by 2030.

In addition, it will increase post-consumer recycled (PCR) content in its offerings, with the brand planning to roll out new products with 100% recyclable packaging and to use PCR in its razor handles and packaging within the coming year.