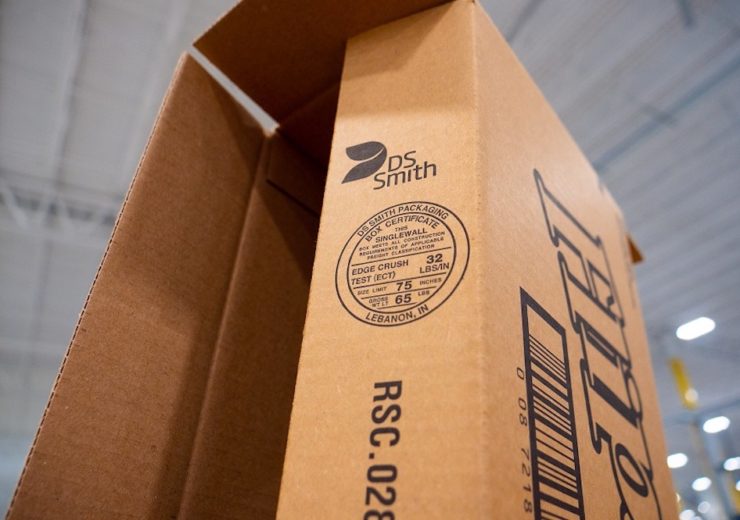 Since 2014, Stefano Rossi has been the packaging CEO of paperboard firm DS Smith. NS Packaging writer Thomas Parker finds how he worked his way up to the role at the company, and where he sees the industry going.

Born the son of a Goldsmith and a farmer’s daughter in a village near the Italian city of Lucca, Stefano Rossi has always had a passion for paper.

“Ever since I was a kid, I’ve always had a deep love for the material,” he explains sitting in a boardroom owned by one of the biggest packaging companies in the world.

“It might have something to do with my creativity and the way it allows me to express myself, I don’t know why but there’s something that has always attracted me towards paper.”

In the village where he lived there was, and still is, a paper mill — a dream workplace for the young Rossi, and place he remembers to this day.

He says: “Every paper mill has a specific smell, it’s not good or bad, it’s just the smell of that paper mill.

“And as you grow in this business, you start to learn that each mill smells different depending on the type of material they have and the type of product they make.

“But the smell of that mill is something I feel today. Wherever I am, whenever I think about it, I can still feel this smell.”

Now CEO of paperboard company DS Smith’s packaging division, it’s been quite a journey for the boy from Tuscany.

How Stefano Rossi moved from paper to packaging

Rossi’s first move into the paper industry came about when he joined the then SCA Packaging-owned paper mill in his local village.

One day, he was spotted and approached out of the blue by the mill’s managing director.

He asked Rossi whether or not he would be interested in going to university to study pulp and paper technology — he accepted the offer under one condition.

Rossi explains: “This was, if I went to university, I’d stay there at the times that I was needed — but all the other times, I would not miss a shift in the mill.

“So for three years, I was working a Monday morning shift at the mill until one o’clock, and then I’d go onto the train to university.

“I’d then come back to the mill and work the Friday night, Saturday afternoon, Sunday morning, and Monday morning shifts, before going back to university.

“These were great years, and I still remember them with a smile on my face — because it was the time when I got my passion for what I was doing, and that was fantastic.”

Once he finished his degree, Rossi went to the US to study a six-month master’s in chemical engineering.

When he completed his thesis, he returned to the paper mill and was promoted to be its production manager.

In 1998, after 10 years working in his home village, the company asked Rossi to move to SCA Packaging’s head office in the Belgium city of Brussels — where he eventually took the responsibility of technology for its food division.

He adds: “The next big important step in my life was in 2007, when my manager said to me ‘I don’t know why you came through the technical side of the business, because you’re really a commercial person’.

“This was true as I felt more at ease in the commercial side of the business, so I moved to become the sales and marketing director of the division, taking full responsibility for the paper division in 2010.”

The next big change for Rossi came when, in 2012, DS Smith took ownership of SCA’s packaging division after it became a bit like the “black sheep” of the company.

Then managing director Miles Roberts — who is now the CEO of DS Smith — asked him to continue to run the paper side of the business.

In September 2014, Roberts asked Rossi to take over the packaging part of the company.

Founded under the name of David S Smith by cousins David G and David S Smith in 1940, DS Smith has always had its routes in the packaging industry.

The cousins’ grandfather — also called David Smith — was involved and began a separate corrugated box-making business during the early part of the 20th century.

In 2001, the family company changed its name from David S Smith Holdings to DS Smith.

Of this, Rossi’s packaging division accounts for 24,800 people in 34 countries across more than 230 manufacturing sites.

He fundamentally believes that, when operating a business, managers have to first find “an element that brings their workforce together”.

He adds: “The simple reason for this is that every human being, no matter what we do, wants to belong to something.

“What’s needed always, in my humble view, is to find elements that can be used to talk to your people — because it’s what will make sure that they’ll stick together.”

It’s an idea that Rossi has taken from his days in paper manufacturing management — where the unifying element was the product itself.

He explains: “Every piece of paper that comes out of a machine can be benchmarked with any other piece of paper from right across the world — and the more recognisable the product is, the better it is.

“This is because, in reality, paper has a certain set of characteristics that it can be measured by.

“So this was the unifying element I used when I was running the paper division, using it to develop a sense of belonging and being proud of the product.

“The product in packaging, however, doesn’t exist — and that’s precisely why there are opportunities to develop and grow the business.

“In this industry, the only element that has to be considered are the needs, which are evolving because consumers change, which, in turn, means the needs continuously change as well.

“The way customers want chocolate packed today might not be the way they’d like it to be packed tomorrow.

“Therefore, by definition, the product that’s made today to satisfy certain needs doesn’t exist tomorrow because something new may need to be developed.”

Due to the evolving nature of packaging designs, Rossi uses the “journey to the customer” as the unifying element for his workforce.

He says: “That’s not the product’s physical journey to the customer, I’m talking about the mental journey.

“It’s about the ability to talk about a solution rather than a product, and that’s always been the difference I’ve found between packaging and paper.

“The paper industry is very much linked to something physical, making it about efficiency and standardisation.

“In reality, packaging is all about the opposite, it’s about being able to paint a compelling picture of what the future might look like, even if it hasn’t been invented yet.”

In November 2019, DS Smith published the results of a survey of more than 3,000 people across four countries in Europe.

It commissioned the study to find out what consumers think about plastic packaging and recycling.

Of the respondents from Belgium, Germany, Poland, and the UK, more than 60% said they’d be willing to pay more for food products that have cut back on plastic packaging — with about the same saying they recycled more than they did five years ago.

This push to make its products more sustainable has been a key driver for DS Smith, with it becoming the first packaging company to recycle more waste then it produces.

Rossi says sustainability is on the agenda “not because all of a sudden industry has been enlightened saying ‘this is the next big thing’, it’s about the consumer”.

He adds: “It’s about public opinion — society has started to demand and require different things from the brands, who then turn to whoever can help.

“And this is triggering an incredible opportunity for the fibre-based packaging industry, because all of a sudden sustainability has been put so high onto the agenda.”

A key part of DS Smith’s move towards making more sustainable products is to make sure they all function within a circular economy — where a product is designed to be reused.

As part of this work, the company aims to use 100% or chain of custody-certified paper — outlined by the Programme for the Endorsement of Forest Certification — by 2020.

It’s also looking to ensure 100% of its suppliers comply with sustainability standards by 2025, and sending zero waste to landfill by 2030.

In September 2019, its packaging division hit the goal of sending less than 1% of its waste to landfill, and reducing 6.1% like-for-like carbon per tonne of production.

Rossi says the shift towards circularity is important because “if we don’t recycle, close the circle and develop some sort of circular economy, we don’t survive”.

He adds: “This is because we cannot keep on living off virgin materials, there will simply not be enough.”

Over the past few years, the e-commerce marketplace has rapidly established itself as one of the most dominant ways consumers purchase products.

Even the Covid-19 pandemic hasn’t stunted the growth of the marketplace as, according to online shopping statistics company CCInsights, there’s been a 129% year-over-year growth in US and Candian e-commerce orders as of 21 April.

DS Smith sees the marketplace as a critical area of growth over the coming years, highlighting it as one of the four key trends that could shape and define the packaging industry in the 2020s.

Published at the start of 2020, the company says brands will need to stand out to reach the new generation of consumers, with greater individuality and personalisation creating a good product pitch for younger shoppers.

For Rossi, however, packaging developers need to keep in mind one fundamental area — making sure the product inside arrives with the consumer in good condition.

He says: “When we started to embark on our journey into e-commerce, the one thing we needed to know was the number of touchpoints there are in this supply chain, and whether or not it can be predicted.

“And the answer to this question is no because there are multiple touchpoints — and there’s no way of knowing which channels will be utilised by companies to deliver a parcel.

“The ultimate touchpoint can of course be found with the postman.

“A product’s safety could depend on whether it gets a gentle postman who kindly puts the package on the doorstep or one who throws the delivery over the fence of a house.

“So packaging has an important role to play because it needs to make sure goods will be delivered to a consumer in the proper state, no matter how the chain is interpreted to safeguard the reputation of the brand.

“If the product arrives to the consumer damaged, all of a sudden they start looking at the brand in a negative way.

“Then the brand will turn to us and, even if it has not better specified the way the packaging should be, it says ‘you have created us a problem’.

“That’s why it’s our responsibility to know in advance because the packaging solution that we deliver has to stand up to any type of channel.”