The new rPET packaging will debut this September for 300ml bottles of COCA-COLA Original and COCA-COLA Zero Sugar, offering both convenience and sustainability 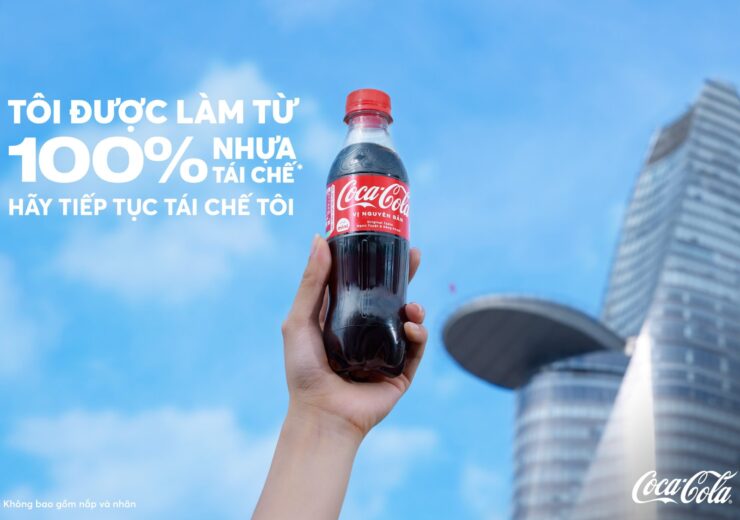 Coca-Cola Vietnam is one of the founding members of Packaging Recycling Organization (PRO) Vietnam. (Credit: The Coca-Cola Company)

Beverage firm Coca-Cola Vietnam has announced the launch of bottles made from 100% recycled PET plastic (rPET) across Vietnam.

With the launch of new COCA-COLA bottles, the firm intends to reduce 2,000 tonnes of new plastic in Vietnam every year.

The new rPET packaging will debut this month for 300ml bottles of COCA-COLA Original and COCA-COLA Zero Sugar, offering both convenience and sustainability.

Coca-Cola said the new plastic packaging has undergone comprehensive testing of its safety and complies with Vietnam’s laws and The Coca-Cola Company’s global standards for food-grade rPET packaging.

Customers across the nation can anticipate the same flavour of COCA-COLA in a more environmentally friendly package.

Coca-Cola Beverages Vietnam Limited Company CEO Peeyush Sharma said: “PET plastic bottles have value beyond their first use and can be used over and over again. Our new bottles made with food-grade rPET are recyclable, and can become another bottle.”

Last year, the firm started displaying the words “Recycle Me” on all of its packaging in an effort to raise awareness about recycling and inspire action.

To offer the bottles the best chance of finding another use, SPRITE also switched from its recognisable green bottles to transparent packaging in Vietnam.

Since 2018, Coca-Cola Vietnam has collaborated with organisations like the Green Hub and regional recyclers to help and provide incentives to the unofficial plastic trash collectors who constitute the backbone of the Vietnamese recycling sector.

By 2030, the Coca-Cola Company aims to collect and recycle the equivalent of every bottle and can it sell as part of its global World Without Waste initiative.

Also, the company aims to use at least 50% recycled content in its packaging by 2030.