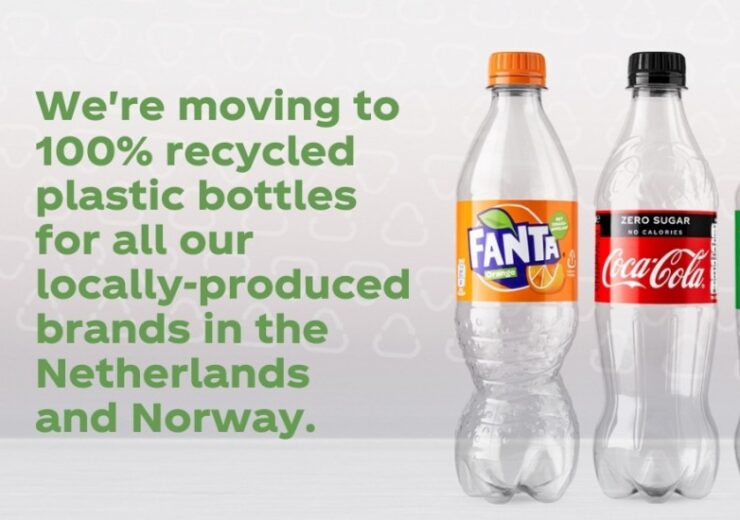 Coca-Cola European Partners (CCEP) has announced its commitment to transition from the use of virgin oil-based plastic in PET bottles to 100% recycled plastic (rPET) bottles in the Netherlands and Norway.

The move marks Coca-Cola’s important transition towards a closed-loop recycling system that is supported by local deposit return schemes in two European countries.

It also forms part of Coca-Cola European Partners’ wider plan to eliminate new virgin oil-based PET in all of its bottles within the next decade.

The company expects the transition to eliminate the use of more than 10,000 tonnes of new virgin oil-based plastic in the Netherlands while reducing plastic bottles’ carbon footprint by 21% per year compared to the rPET level before the transition.

In Norway, Coca-Cola plans to switch to 100% rPET for all plastic bottles that it manufactures locally during the first half of 2021.

The move is expected to cut around 4,300 tonnes of new virgin oil-based plastic a year as well as reduce the carbon footprint of its plastic bottles per year by 28%.

“Crucially, this announcement provides a compelling case for the role that Deposit Return Schemes can play in the creation of local circular economies for beverage packaging.

“Markets with well-designed DRS such as those in Sweden, the Netherlands and Norway not only have high collection rates but also have the capacity to collect a higher grade of material with less contamination.”

FrieslandCampina to use 100% recycled PET bottles from February 2021