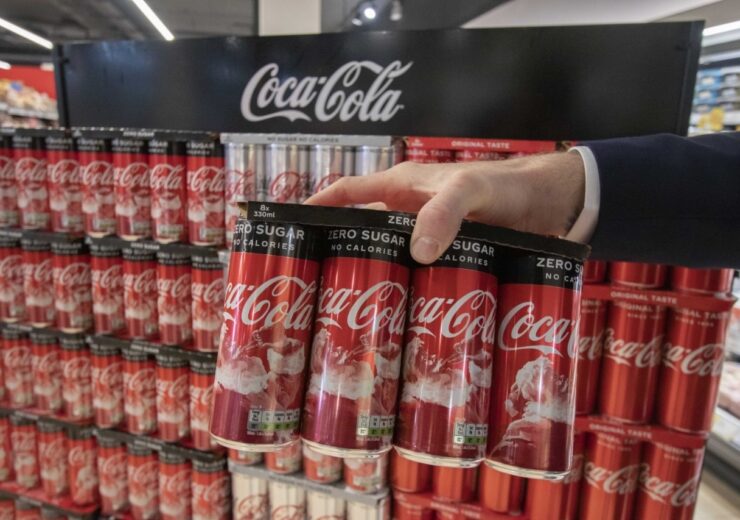 Coca-Cola HBC has started rolling out the new paperboard “toppers”, known as KeelClip, for its multipacks in Europe.

Designed to replace plastic shrink film on all can multipacks, the KeelClip technology has been launched in the Republic of Ireland, Northern Ireland and Austria.

Coca-Cola said that the new Grip&Go packaging has been developed as part of the firm’s €15m investment in a partnership with Graphic Packaging International.

It also forms part of a wider commitment by Coca-Cola HBC and its partner The Coca-Cola Company to build a more sustainable approach to packaging.

As part of the agreement with Graphic Packaging, Coca-Cola HBC will install 11 KeelClip machines in seven countries. The machines will supply the KeelClip solution across all its EU countries.

Coca-Cola HBC group supply chain director Marcel Martin said: “By investing in this innovative new technology we are directly supporting our customers and their consumers by providing a more sustainable packaging format.

“At the same time, we are delivering on our commitment to make a more positive environmental impact.”

Coca-Cola plans to complete the launch of the new packaging across all of its EU markets and in Switzerland by early 2022.

SPAR/EUROSPAR Ireland trading director Alan Crawford said: “The appearance of the multipack cans in KeelClip packaging is also more attractive to our customers, so we expect the change to support increased sales as well as taking an important sustainability position.”

The Coca-Cola Company unveiled the new range of paperboard “toppers” in Europe in 2019.