Plastic pollution Action Plan in Canada is ‘off base’, says environmental charity 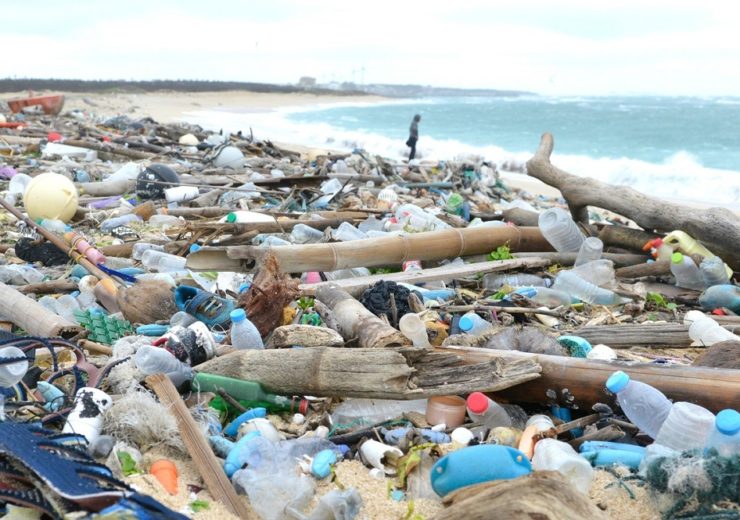 Canada revealed the first phase of its action plan to in an effort to tackle plastic pollution (Credit: Greenpeace)

Canada’s Action Plan is “off base” when it comes to tackling plastic pollution, says an environmental campaigner.

Greenpeace Canada’s head of plastic and oceans campaign Sarah King’s comments have come after the Canadian Council of Ministers of the Environment (CCME) released the first phase in the implementation of a nationwide Zero Plastic Waste strategy.

The action plan outlines priority actions and timelines on schemes such as a consistent extended producer responsibility (EPR) programme for plastics across all of Canada’s provinces,  as well as performance requirements and incentives that support a circular economy.

Ms King believes the focus should be on the reduction of plastic waste, not on making plastics better.

She said: “The CCME’s Action Plan is so off base when it comes to actually tackling the plastic pollution crisis and the tonnes of plastic produced, consumed and thrown out each year across this country that it’s almost a farce.

“This whole plan is focused on making better plastics and what to do with plastic waste once it is created, meanwhile billions of throwaway plastics are produced each week.

“The word reduction is barely mentioned, and mainly in reference to waste, and the word reuse is mentioned even less.

“Unless the environment ministers and federal government get serious about reduction by banning problem plastics and supporting a new system of product delivery in Canada, based on reuse and refill models, we will be no further ahead by the plan’s set deadlines.”

What is the CCME’s plan to tackle plastic pollution in Canada?

The first phase approved by the CCME outlines six priority areas that each provincial government will take action on, setting out deadlines running the course of the next three years.

By December 2019, the CCME wants to have developed best management practices for disposing end-of-life plastics, as well as levies and incentives to support implementation by jurisdictions for a circular economy.

The following year, it aims to have assessed infrastructure needs to improve life-cycle management, facilitate the exchange of tools and best practices for the public procurement of sustainable plastics, developed consistent EPR guidance and set targets and timelines for increasing recycled content in products.

In three years’ time, it aims to have a complete roadmap with targets for specific sectors for the repair, reuse and remanufacturing of plastic products.

Alongside these targets are ongoing ambitions including the implementation of economic and fiscal incentives for the circular economy, as well as increased access to capital funding for innovation and infrastructure for improved plastic life-cycle management.

“Addressing plastics is one of the many ways we can better protect the environment and strengthen our communities.

“Nova Scotia has a strong record on environmental protection, building a greener economy and waste reduction.

“It’s been a pleasure to host my colleagues from across the country to share our successes and discuss new solutions.”

The newly-appointed minister of the environment for the province of Ontario, Progressive Conservative Jeff Yurek, welcomed the CCME’s Action Plan but believes the federal government “refuses to respect” the work that provinces are doing to tackle climate change.

He said: “The province of Ontario remains committed to environmental protection across the country and we look forward to cooperating with federal, provincial and territorial colleagues to deliver real results for Canadians.

“We are pleased to see that the CCME’s Action Plan on Plastic Waste demonstrates there is clear support across Canada for EPR.

“We see this as a leading approach for businesses to manage their plastic waste and packaging and an area where ongoing collaboration can be a positive for all jurisdictions.

“However, we are deeply disappointed that [federal environment] minister [Catherine] McKenna continues to focus on her tax plan, disguised as a climate change measure, and refuses to respect legitimate ways provinces and territories are tackling climate change in their own jurisdictions.”

Mr Yurek outlined how he believed Canada’s federal government’s carbon taxes and environmental Impact Assessment Act – rules for major environment fish and waterway projects for the whole country – were testament to not respecting the work of the provinces.

He added: “We don’t believe there is a one-size-fits-all approach to fighting climate change across the country.

“This is why we released a Made-in Ontario Environment Plan to protect and preserve our air, land and water and fight climate change without imposing a costly carbon tax on the hardworking people of our province.

“The federal government promised a new era in relationships with the provinces.

“Unfortunately, all we’ve seen is a centralised approach to federalism that fails to respect our differences.”