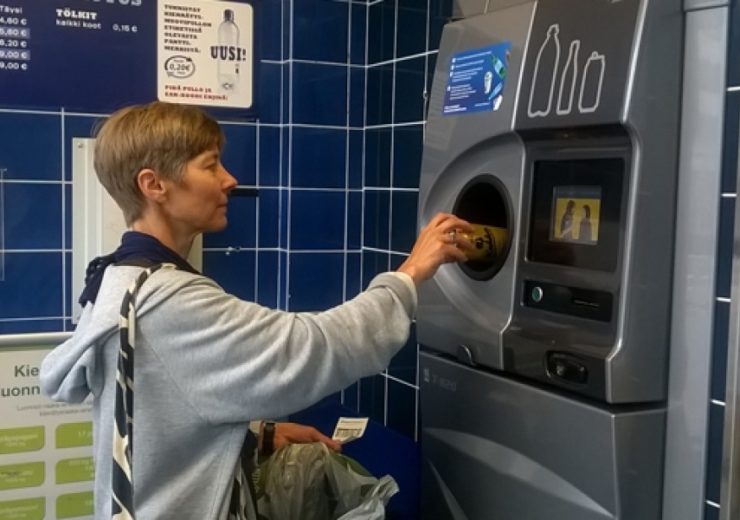 The survey from the Campaign to Protect Rural England found that 72% of people support a UK-wide deposit return scheme (Credit: CPRE)

The research was conducted by data analytics firm YouGov and comes after former Environment Secretary Michael Gove gave his backing for an “all-in” version of the system.

Although not an all-in scheme, DRS is part of the government’s recently-published summer policy statement, which updated what was to be included in its Environment Bill, with the new system to be put to the House of Commons later on this year.

DRS works by adding a levy to plastic drinks bottles that can be claimed back by consumers who return them to a specified location for recycling – with an “all-in” DRS meaning it applies to all bottle sizes.

CPRE litter campaigner Maddy Haughton-Boakes believes the survey results show that the public support the idea of a DRS.

She said: “It’s absolutely fantastic that so many people have shown such high levels of support for the scheme before it’s even been introduced.

“A deposit return system will transform the way we deal with waste, boost recycling and, as a result, finally put a stop to the harm that drinks containers are causing our countryside, environment and wildlife.

“With Michael Gove having thrown his weight behind a truly ‘all-in’ deposit return system, and with the Scottish government’s decision to introduce one earlier this year, this latest wave of public support is surely all the evidence needed for the government to get this over the line.

“We urge Theresa Villiers to hit the ground running in her new role as Environment Secretary.

“She must make a swift and formal commitment to introduce the most effective system in the world – one that includes every single drinks bottle, can, carton or pouch of every size and material – and not give in to attempts to water down the system for vested corporate interests.”

UK government needs to get on and deliver an ‘all-in’ deposit return scheme, says charity

The Scottish government has already committed to DRS for glass, plastic, steel and aluminium drinks containers of all sizes.

The survey – which comprised 3,386 adults in the UK – found 39% of people believed the scheme should include more materials, such as cartons.

However, Greenpeace UK ocean plastics campaigner Finoa Nicholls believes the UK government needs to “get on and deliver” an all-in deposit return scheme.

She said: “The government consulted the public about introducing a deposit return scheme for drinks bottles and cans, and received more than 208,000 responses – with 99% supporting an all-inclusive scheme covering drinks containers of all sizes and materials.

“In his final speech as Environment Secretary, Michael Gove backed an all-inclusive scheme, and yet just days later, Defra [Department for Environment, Food and Rural Affairs] appeared to stop short of following through on Gove’s commitment.

“It’s clear that people want an all-in deposit return scheme, so we urge this government to get on with it and deliver.”