BullBag Corporation is very familiar with the devastation that snow, sleet, rain, and freezing temperatures can wreak, having originated in New England 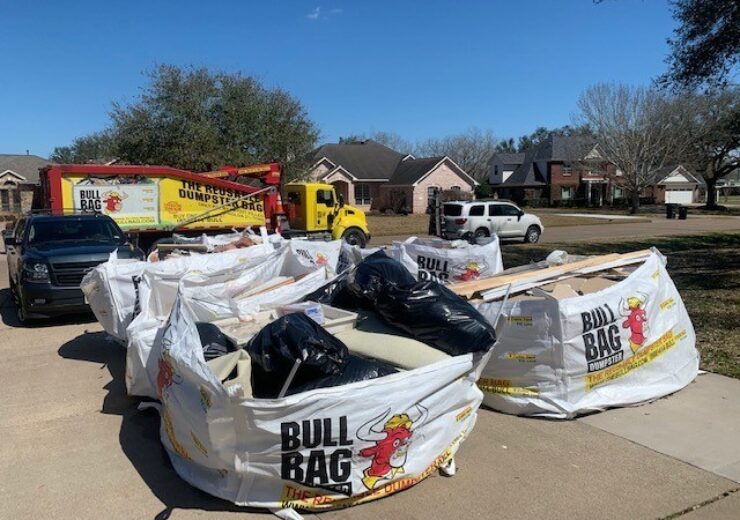 Family owned BullBag Corporation, the originator of The BullBag®, “The Reusable Dumpster Bag®,” headquartered in South Florida with offices in several states has deployed more of its team to help in Houston.

BullBag Corporation is very familiar with the devastation that snow, sleet, rain, and freezing temperatures can wreak, having originated in New England. Having been operating in the Houston, Austin, and San Antonio, Texas areas for 4 years, BullBag has deployed additional team members to aid the existing Texas team.

BullBag’s Brainchild, Founder and CEO, Paul G. DiSpazio says “Frigid temperatures mixed with Mother Natures’ wrath can be devastating but clean up doesn’t have to be. We are here for our Texas neighbors. As CEO, I have sent an additional BullBag team with access to an infinite number of BullBag dumpster bags to Texas to assist our existing Texas team. Metal dumpsters have a set capacity and can only reach a set population, but with BullBags, we have no limits.”

BullBags are stocked in Houston, Austin and San Antonio, TX Home Depot stores and are available through its website, www.thebullbag.com or by calling 866-414-2855.

Mr. DiSpazio went on to say that “BullBag provides super-fast response time with disposals occurring within 48 hours from when the disposal order is placed,” so that debris can rapidly be removed, repairs can begin and our Texas neighbors can get back to their lives.

The BullBag® reusable dumpster bag holds up to 10 cubic yards with the option of only filling to pay lines of 4 yard, 6 yard, and 8 yard, affordable pricing for anyone. BullBag holds up to 2 ¼ tons and is rapidly becoming the go-to means of debris removal for Insurance Restoration, Disaster Clean-up, Contractors, DIY projects and homeowners because disposals are not weighed! BullBags are immediately available at select Houston Home Depots and are ready for usage without having to wait for metal dumpsters to be delivered. Weighing less than 15 lbs, BullBags won’t cause further damage to property and can be picked up over fences, pulled out of garages, and from second story scaffolding.  “It’s One Tough Bag®” backed by a BullBags lifetime warranty and its ecofriendly, lightweight, foldable design makes it easy to store and always ready for the next job.