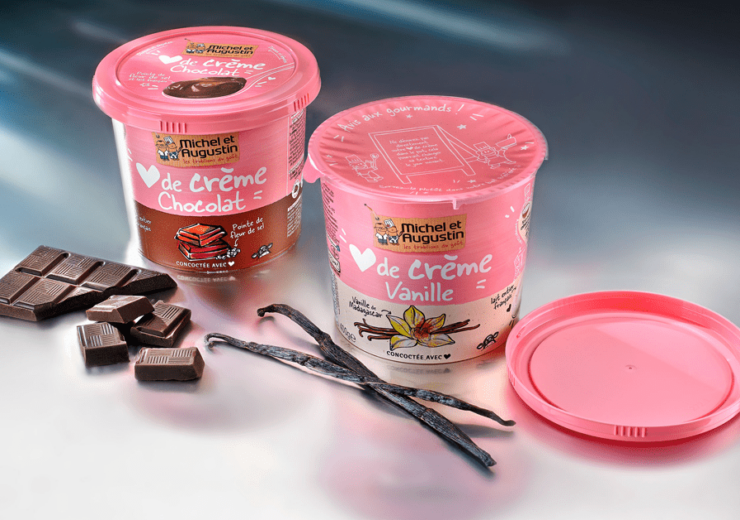 The selection of the SuperLock pot, which was manufactured using polypropylene, was based on its look and a re-closable lid for Michel et Augustin’s new range of dessert creams.

The French company has named its treats as ‘Coeur de Crème’. They are available in two flavours, including vanilla and chocolate.

The practical twist-off lid of the recyclable pot provides easy opening and reclosing and also enables the product to be stored and saved for several days.

“We like this pot because it has a twist-off lid which sets it apart from the usual pots for dessert cream.

“SuperLock is very visible on-shelf and is a top-quality pot with great stability. The artwork decoration includes an attractive drawing of a spoon.

“We have already received positive comments on social media, where people let us know that they love the cream in the classy pot. And we like the attention we get from our new pot.”

The company has selected pink colour for the upper two-third part of the pot as well as for the lid to improve the on-shelf appeal.

Furthermore, the lower part of the pot contains either vanilla white or chocolate brown that combines with the pink colour.

Abbo added: “When you open the pot, you see the beautiful combination of pink with the natural colour of the cream inside.

“We are very satisfied with the way Superfos helped us to achieve this particular nuance of pink, and generally with our collaboration.”