The research focused on the banana industry, where only 12% of the banana tree is used 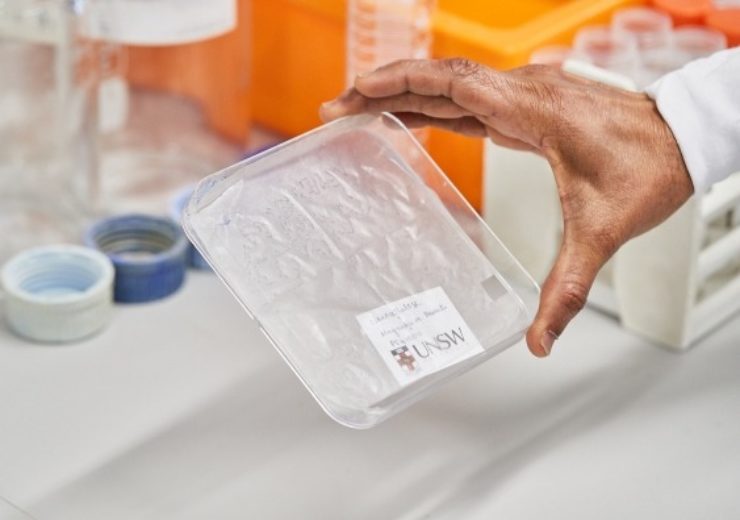 Researchers from the University of New South Wales (UNSW) Sydney have developed recyclable and biodegradable plastic bags made from banana plants.

The researchers including UNSW School of Chemical Engineering associate professor Jayashree Arcot and professor Martina Stenzel  worked together on a project to convert agricultural waste into a useful product.

The research work focused on the banana industry, where only 12% of the banana tree is used while the rest is discarded after harvesting.

Arcot said: “What makes the banana growing business particularly wasteful compared to other fruit crops is the fact that the plant dies after each harvest.

“We were particularly interested in the pseudostems – basically the layered, fleshy trunk of the plant which is cut down after each harvest and mostly discarded on the field. Some of it is used for textiles, some as compost, but other than that, it’s a huge waste.”

The researchers chopped the banana plant’s layered, fleshy trunk, known as pseudostems, into pieces and then dried it at low temperature in a drying oven. It was then milled into fine  powder, which was then washed with soft chemical treatment. This process isolated a material called nano-cellulose.

Arcot added: “The pseudostem is 90 per cent water, so the solid material ends up reducing down to about 10%.”

The nano-cellulose material, which has potential usage in packaging, paper products, textiles and even medical applications, was tested for its suitability as a packaging alternative and has proved to have no contamination risks.

Upon processing, the nano-cellulose material has been found to have a consistency similar to baking paper.

Arcot said that depending on the intended thickness, the material could be used in a number of different formats in food packaging.

The researchers expect the banana pseudostem to be a realistic alternative to plastic bags and food packaging.

They also added when the ‘films’ of the cellulose material are put in soil for six months, they disintegrate organically.

Stenzel said: “In theory you can get nano-cellulose from every plant, it’s just that some plants are better than others in that they have higher cellulose content,”.

Arcot added “What makes bananas so attractive in addition to the quality of the cellulose content is the fact that they are an annual plant.”

The researchers are looking for an industry partner on upscaling this process.