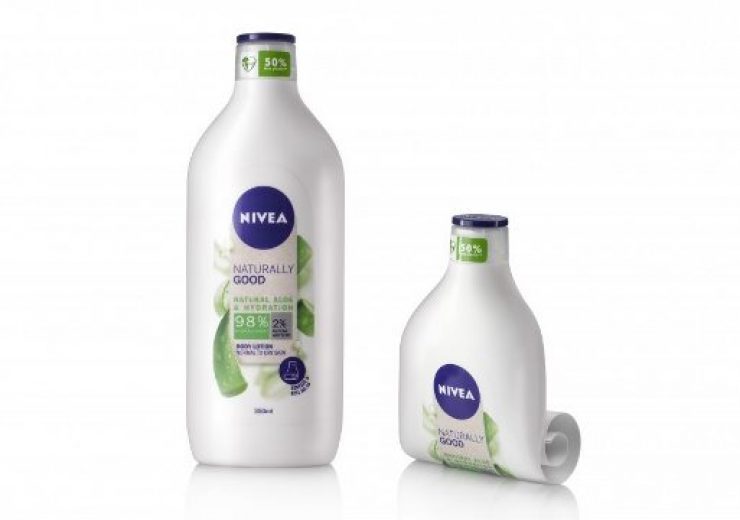 According to Alpla, the advanced bottle with a cap designed for a body lotion series needs about half the packaging material usually required.

The thin-walled structure of the bottle makes it lighter and easier to squeeze while remaining stable and impact-resistant sufficient for transportation.

The HDPE bottle also helps to protect the formula from external influences such as UV rays. It can also be rolled up similar to a toothpaste tube when its contents begin to run out.

NIVEA bottle also features a groove on the base, which is designed to squeeze together to completely flatten the body of the bottle. Later, it can be easily rolled up and completely emptied to reduce waste.

NIVEA bottle, including the cap and label, is produced using around 50% less material than other body lotion packaging of the customer, said Alpla.

The bottle has been designed in such a way that it can be completely recycled within existing recycling streams in line with the bottle-to-bottle principle.

“We also focused heavily on the topics of sustainability and recycling, and optimised the bottle in terms of material reuse. And we are already developing it further – together, we are now working on using recycled plastics as well as on additional formats.”

Last month, Alpla announced an investment of up to €50m per annum on an average between this year and 2025 to further expand its recycling operations.