The new extrusion system will help produce up to 15,000 tonnes of food-grade recycled PET per annum 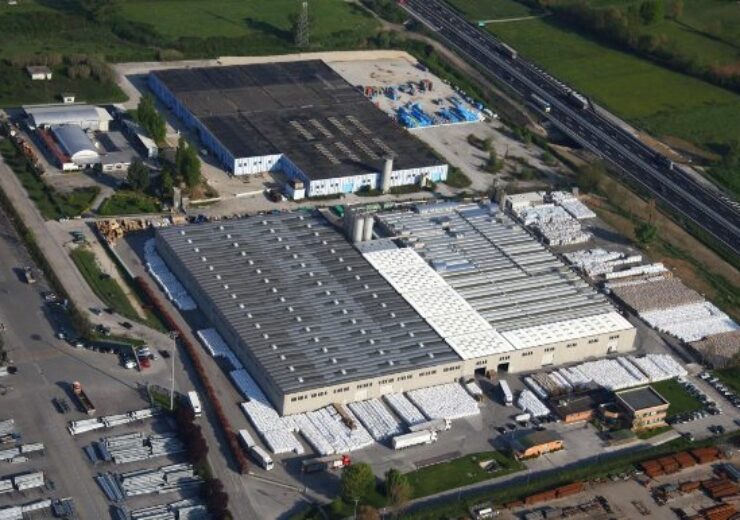 Alpla is investing in an extrusion system for recycled PET at its site in Anagni. (Credit: ALPLA Group)

Austrian plastic packaging manufacturer Alpla Group has announced that it is investing more than €5m in a new extrusion system at its site in Anagni, Italy.

The new extrusion system is being constructed to produce around 15,000 tonnes of food-grade recycled PET (rPET) per annum.

Alpla stated that food-grade rPET is made of used PET bottles or otherwise called post-consumer material.

The new extrusion system, which is slated to commence operations in the second half of this year, will help create 10 new jobs.

Anagni plant manager Fabio Mazzarella stated that the firm will purchase PET flakes made from used household packaging from local recyclers and process them into food-grade rPET and then use this at the site for preforms.

With around 91 employees, Alpla processes up to 50,000 tonnes of PET per annum at Anagni’s preform production facility.

Alpla corporate recycling head Georg Lässer said: “We want to promote the bottle-to-bottle cycle and avoid downcycling. In addition, we would like to boost local recycling solutions in a region that does not have the necessary infrastructure for the bottle loop up to now’ the recycling expert explains.

“But with this measure, we are ensuring that we can offer our customers optimum support with realising new specifications and targets in the long term too and that we can offer them top-quality recycled materials.”

In October last year, Alpla unveiled carbon-neutral rPET, which is claimed to be the first of its kind in the world.

The company’s PET recycling teams at Wöllersdorf of Austria and Radomsko of Poland used a mix of electricity from renewable sources to manufacture carbon-neutral rPET.