The move brings Australia and New Zealand in line with other countries, such as the US and France, that require pregnancy warning labels on alcohol products 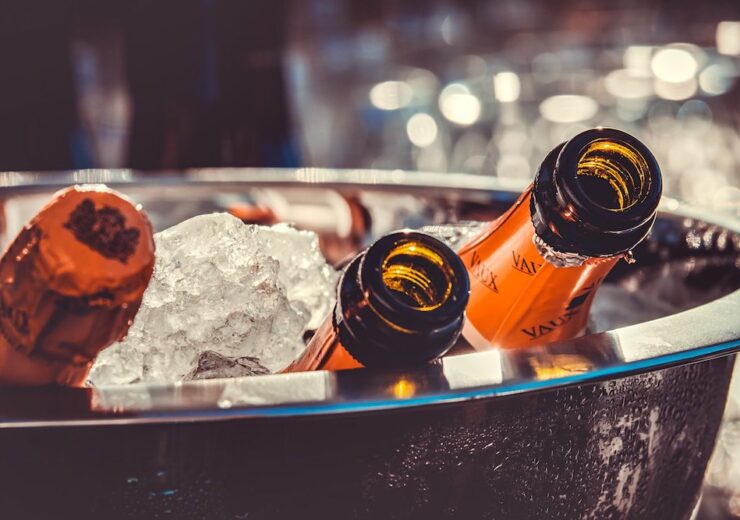 The changes will be adopted in the two countries following a three-year transition period enabling businesses to make the necessary changes to their labels and processes (Credit: Pixabay)

New mandatory pregnancy health labels on alcohol products are to come into force in Australia and New Zealand.

The changes will be adopted by the two countries following a three-year transition period, enabling businesses to make the necessary changes to their labels and processes.

It follows on from an agreement made at a meeting of the Australia and New Zealand Ministerial Forum on Food Regulation.

It brings the two countries in line with other nations, such as the US and France, which legally require pregnancy warning labels on alcohol.

New Zealand’s food safety minister Damien O’Connor said: “This has been a really important issue for New Zealand and something we’ve been working towards for almost a decade.

“This government wants New Zealand to be the best place in the world to be a child – and that starts in the womb.

“Those formative months in pregnancy are the foundations for a long, healthy, happy life.

“Hundreds of babies a year are born with Fetal Alcohol Spectrum Disorder (FASD) because of exposure to alcohol in the womb. We need to take every action to reduce this harm.

“While the alcohol industry has been voluntarily including warnings on some products since 2011 there is no consistency in the type, colour, size and design, reducing the effectiveness of the message.

“A standard message that is clear and consistent on the importance of not drinking while pregnant will be easy to implement and will minimise the impact that alcohol consumption has on New Zealand children.”

A major reason for introducing pregnancy warning labels on alcohol products has been to prevent FASD.

These are a group of conditions that can occur in a person whose mother drank alcohol during pregnancy.

These effects can include physical problems and issues with behaviour and learning.

Australian minister Richard Colbeck, whose portfolio includes responsibility for food regulation, said it was an important step towards protecting the health of pregnant women and infants.

He said: “The Australian government is strongly committed to mandatory pregnancy warning labels on alcoholic beverages to inform pregnant women and the broader community of the advice for pregnant women to not consume alcohol in order to prevent FASD.

“The decisions made today underpin the efforts across the sector to improve standards and ensure the health of consumers, while giving consideration to the pressures on producers.”

The Forum on Food Regulation brought together all Australian state and territory ministers responsible for food, as well as the Commonwealth and New Zealand ministers.

This review focused on the colours and signal wording in the draft pregnancy warning label design.

The FSANZ proposed two amendments to the mandatory pregnancy warning labels and these were accepted by the forum. These were a change to the signal word from “HEALTH WARNING” to PREGNANCY WARNING”, and an extended transition period for implementation, from two to three years.

Additionally, the Australian government proposed an amendment to remove the colour prescriptions for the label, and adopt the general legibility requirements of the Food Code that the statement and pictogram should contrast with the background of the label.

In response, the forum accepted the proposed draft for pregnancy warning labels, with it now being gazetted and included in the Australia New Zealand Food Standards Code.

The decision will ‘improve the health and wellbeing of families for generations to come’, says not-for-profit

The agreed-upon label will be a red, black and white warning, with the signal wording “PREGNANCY WARNING”.

Not-for-profit the Foundation for Alcohol Research and Education’s (FARE) CEO Caterina Giorgi said the organisation wanted to “genuinely thank” the ministers for the decision.

She added: “This decision made today by ministers will improve the health and wellbeing of Australian families and communities for generations to come.

“It’s commendable that ministers are now introducing a pregnancy health warning which the evidence has proven will effectively alert people to the significant risks of alcohol exposure in pregnancy.

“Having a red, black and white label is so important so the message can be understood by all Australians regardless of their literacy levels or cultural backgrounds.”

The non-profit charitable organisation the National Organisation for Fetal Alcohol Disorders’ CEO Sophie Harrington added: “Tens of thousands of Australian families who are impacted by FASD are celebrating today’s decision because they know how significantly this lifelong disability affects the health and wellbeing of our loved ones.

“This new mandatory label will go a long way to improve community awareness of the risks of drinking alcohol throughout pregnancy, and will result in fewer babies born with FASD in years to come.”

Some producers of beers, wines and spirits in Australia are disappointed with a prescribed colour scheme, which will “impose substantial unnecessary costs on producers”.

According to the organisation, a colour contrast version would have avoided the drastic cost that a mandated three-colour version imposes.

Alcohol Beverage Australia’s CEO, Andrew Wilsmore, said he was pleased that the voluntary labelling initiative, instituted in 2014 and now in almost universal use, will be strengthened and made mandatory.

He added: “Our pictogram of a pregnant woman holding a glass with a line through her silhouette is a familiar sight to many Australians, and we support the evolution and wider implementation of the design.

“But we’re extremely disappointed that some Ministers have chosen to ignore the voices of thousands of small brewers, winemakers and distillers across the country by deviating from the usual requirements for contrast colours in favour of a strict red-black-white colour scheme that will cost producers hundreds of millions of dollars per year.

“Even poison labels don’t have to meet those requirements.”

Wilsmore also said many small producers would be faced with set-up costs of close to 100,000 Australian dollars ($69,000) for the initiative.

He added: “Larger producers will also take a big hit, with one-off costs equivalent to the annual salaries of close to 6,500 employees.

“Mandatory pregnancy labelling is a positive step forward, but the same outcome of a highly visible warning could have been achieved at far less cost, and this couldn’t have come at a worse possible time for producers.”

ProAmpac begins construction on new collaboration and innovation centre in US

ProAmpac begins construction on new collaboration and innovation centre in US