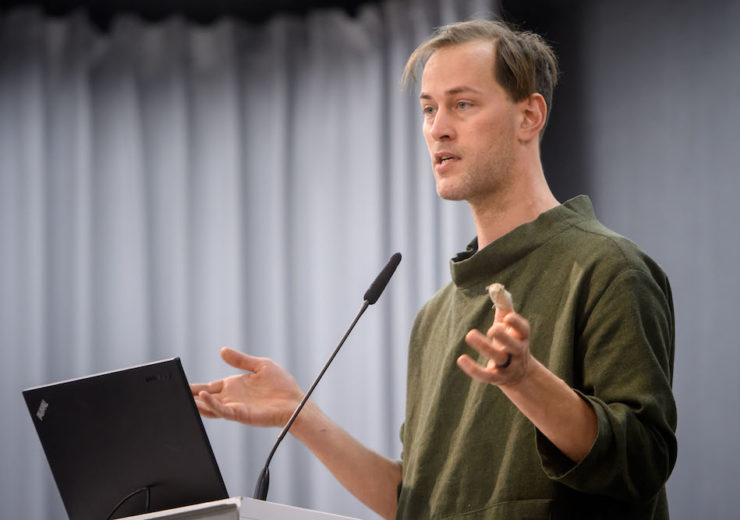 In recent years, more businesses have been searching for a material that can protect food as efficiently as plastic, but without delivering such a negative environmental impact — some believe bioplastics could be that answer. However, food waste campaigner Tristram Stuart explains why this may not be the solution.

The 1.3 billion tonnes produced annually uses 70% of global freshwater withdrawals while livestock accounts for 94% of mammal biomass — outweighing wild animals by 15-to-1.

Additionally, about 66 tonnes of food is thrown away every second — with this estimated to rise by a third over the coming decade.

If society continues on a “business-as-usual” dietary trajectory, a 119% increase in production of edible crops will be required by 2050.

This despite the claim that current levels of global food production could feed the 9.7 billion population expected to inhabit the planet by 2050, provided there is a radical shift in the way people consume food.

Speaking at the EU-backed RefuCoat web conference on bioplastics, the award-winning author of the 2009 book Waste: Uncovering the Global Food Scandal, said: “I think at this time, when we’re all stuck at home, our purchasing practices have been changed dramatically.

“Certainly the surveys that I’ve seen done in the UK and the US illustrate people are taking this as a time for reflection, they’re are valuing food more and wasting food less.

“This indicates that we probably all have within us a recognition of our dependence on each other and the natural world, our appreciation of the natural world and our desire to preserve it.

“Awakening in many of us from across the world is this connection to the earth and to nature — its beauty and its rigidity is the single most powerful way we can change behaviours.”

Ever since plastic debris was observed in the ocean in the late 1960s, members of both the scientific community and the general public have become increasingly aware of its environmental impact.

The focus on the material mainly concerned the fact that, while most plastic products are single-use, it can take up to 1,000 years to decompose in the environment.

The issue of food waste has, however, not been seen such a large discussion.

According to Stuart, debate around its environmental impact has only recently started coming to the fore.

He said: “I began campaigning on food waste about 20 years ago, and eventually I wrote my book in 2009, which kicked off a big global debate about food waste.

“Up until that point, food packaging had been seen as the big common enemy, and we’ve seen an increase in that, if anything lately, with things like Blue Planet, plastic has got a bad name and rightly so when it’s discarded in irresponsible ways.

“The way they did that was to position themselves as being at the forefront of the reduction in food waste.

“There was a huge amount of hype about food waste as a problem, the UN got on board, and the packaging industry said ‘well, we can stop food waste if we package it effectively, we can reduce the amount of waste that is produced’.”

According to Stuart, some did this by calculating the negative impact of food, using the mango as an example, that was wasted in the environment compared to if it was packaged.

He added: “The flaws in those arguments are, of course, transparent for all to see.

“Did the sliced mango need to be flown in its sliced fresh form from Kenya to the UK, and if it hadn’t done that, would it have needed that plastic packaging in the first place?

“But the argument was put forward that the plastic industry was the saviour because it reduced food waste.”

At the heart of this issue is the need to reduce the amount of food that’s being wasted and to develop environmentally friendly plastic.

Some members of the packaging industry have, in recent years, been turning to bioplastics as a potential solution.

First developed by French researcher Maurice Lemogine during the 1920s, bioplastics are plastic materials produced from renewable biomass sources — such as vegetable fats, cornstarch or recycled food waste — and are designed to be composted.

As of 2019, the bioplastic market represents about 1% of the more than 359 million tonnes of plastic produced annually, though demand is rising.

Although on paper the material seems like a long-term solution to the plastics problem, Stuart believes it could do more harm than good.

He said: “To begin with, what is the source material of bioplastics — we’ve all seen that maize has been used, that palm oil has been used.

“These virgin crops require us to grow more food and have, if anything, exacerbated the problem we were trying to solve.

“Instead of reducing food waste, we’re actually taking food off the world market and turning it into plastic packaging.

“At the moment that’s happening at such a small scale that hasn’t had a huge detrimental impact.

“But if bioplastics start having the kind of burden on the food supply chain that biofuels have already had, then we have got a serious environmental burden.

“Any plastic material that requires virgin crops of the kind that could have otherwise been eaten is clearly going to have so many negative outcomes.

“We should be striving wherever possible to use by-products, and that’s what many of the renewable and biodegradable bioplastic packaging materials have started to look for.”

Beyond the material’s feedstock, getting rid of bioplastics is difficult because, according to Stuart, there’s no clear way to ensure the packaging goes into the appropriate waste stream.

He added: “When a customer opens a piece of biodegradable plastic in their home, there is no clear way that they can know that this should go into the compost rather than into landfill.

“Indeed many composting facilities can’t cope with it, even if it did go into those sites.

“This means the material very often ends up going into landfill, and if it does biodegrade there, that it’s creating more of a problem than it was ever going to solve.

“Therefore we have both the problem of the source material and the end-disposal point.

“Without a unified system that ensures that all of the biodegradable packaging can actually be biodegraded in a way the whole world can understand, ensuring food goes back into an appropriate disposal system is a mirage.