From polluter pays policies to phasing out landfills, we look at how each of the candidates in the 2020 US Elections plan to deal with plastic and waste 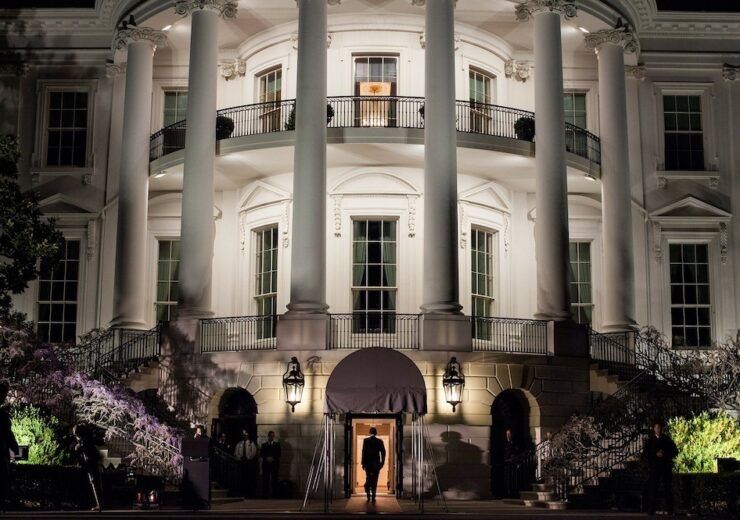 The 2020 US presidential will be the 59th held in the country's history (Credit: Pixabay)

Whether it’s issues such as the economy, healthcare or race inequality, the 2020 US Elections is seen by many as one of the most important of its generation – and that includes problems around plastic and waste.

It’s been estimated that in 2018, the total amount of plastic waste generated in the country rose to about 39.9 million tonnes.

Of this waste, according to global not-for-profit the Plastic Pollution Coalition, six times more was burned than recycled.

Added to this, based on the latest published figures, the US’s recovery rate for recycling was at 35.2% – more than 20% lower than the best recycling country in the world, Germany.

As the need to tackle the problem of plastic and how the world deals with waste grows by the year, the 2020 election could be the most important ever regarding these issues.

And with the first of election debates coming up, we look at what each of the presidential candidate’s solutions could be to these problems.

US Elections 2020: Each presidential candidate’s views on plastic and waste

Since taking office in 2017, Donald Trump’s impact on plastic and waste management in the US has been mixed.

In October 2018, the president signed the bipartisan Save Our Seas Act into law.

Speaking at the time, he said: “As president, I will continue to do everything I can to stop other nations from making our oceans into their landfills.

“That’s why I’m pleased – very pleased, I must say – to put my signature on this important legislation.”

The law confirmed the funding of the National Oceanic and Atmospheric Administration’s (NOAA) Marine Debris Program through to 2022, and gave the head of the NOAA the authority to declare severe marine debris events and authorise funds for clean up.

The legislation has since been updated through the Save Our Seas 2.0 Act.

Passing unanimously through the Senate in January 2020, it aims to strengthen the US’s domestic marine debris response capability with a Marine Debris Foundation, which looks to aid innovation and research to tackle the issue.

The update is also looking to enhance global engagement to combat marine debris, including formalising US policy on international cooperation, enhancing federal agency outreach to other countries, and exploring the potential for a new international agreement on the challenge.

Alongside this, the legislation will help to improve domestic infrastructure to prevent marine debris through new grants and studies of waste management and mitigation.

In 2019, the Trump administration launched the Plastics Innovation Challenge, a programme designed to partner with the private sector in developing technologies to recycle plastic and keep waste out of rivers, oceans and landfills.

It also sets five goals for the US to reach by 2030 – these include developing novel collection technologies to prevent plastics from entering the ocean, and creating new plastics that are recyclable by design and can be scaled for domestic manufacturability.

Alongside this, it aims to develop biological and chemical methods for deconstructing plastic waste – including from rivers and ocean – into useful chemical streams, create technologies to upcycle waste chemical streams into higher-value products, and support a domestic plastics upcycling supply chain for US companies to scale and deploy new technologies in domestic and global markets.

In 2019, Trump also visited a plastic producing cracker plant built by Shell based in Pennsylvania.

Claiming credit for the complex – although Shell announced plans to build the facility in 2012 – he said: “This would have never happened without me and us.”

He also hailed the facility as positive, due to its production of plastic in the US.

He added: “That raw material will then be shipped all over the country and all over the world to be fashioned into more products stamped with that very beautiful phrase: ‘made in the USA’.

The visit did however draw criticism by some, with environmental and community groups saying the plant – in addition to the perceived negative impacts of churning out plastic pellets for use in products such as milk jugs and PVC pipes – will affect the regional air quality.

Selling at $15 for a pack of ten, on the website it says “liberal paper straws don’t work: STAND WITH PRESIDENT TRUMP and buy your pack of recyclable straws today.”

Environmental groups did however say that most plastic straws can’t be recycled – and that the material they’re made of has no practicable use.

Speaking to the BBC at the time, Dune Ives – executive director of Lonely Whale, which is campaigning to prevent the use of single-use straws – said: “It just shows the lack of understanding the administration has on how the current waste management infrastructure works in the US.

“If they did, they’d know that straws are too lightweight to be recycled and are made of a material with no end-of-use life.”

Speaking to reporters on the subject, the president said: “I do think we have bigger problems than plastic straws.

“You have a little straw, but what about the plates, the wrappers, and everything else that are much bigger and they’re made of the same material?”

Since announcing his candidacy for President of the United States, Biden has put climate change issues near the top of his campaign agenda.

During the Democratic presidential primaries back in January, the former vice-president was asked about how he would tackle the issue of single-use plastic bags.

A woman at the town hall event, who described herself as Kenyan-American, said: “When I go back to Kenya, we don’t even use plastic bags, it’s not allowed because we are trying to clean the ocean.”

Biden responded: “I agree with you 100%, we should not be allowing plastic and what we should do is phasing it out.”

He went on to criticise President Trump for not recognising the severity of plastic pollution.

The statement drew a response from the Washington DC-based trade group the Plastics Industry Association.

Speaking at the time, its president and CEO Tony Radoszweski said: “The process of ‘phasing them out’ when it comes to plastics would be a disaster for our economy and our environment.

“We’re disappointed that Biden would endorse the idea of a misguided reduction in the use of plastic materials, as bans and taxes aimed at accomplishing these tasks have only driven consumers to use more environmentally-harmful and resource-intensive products.”

In July, Biden announced a $2tn infrastructure plan – which investments will be made in his first term – is geared towards green jobs and clean energy projects.

As to the specific infrastructure upgrades, he has stated he will clean up Brownfield properties – which are underutilised properties where reuse is hindered by the actual or suspected presence of pollution – old power plants, industrial facilities, landfills, and other idle community assets.

The former vice-president has also vowed to rejoin the Paris Climate Agreement – which Donald Trump pulled the US out of in 2017.

As part of the Democrats’ policy platform as a whole, it has said it will support communities and businesses nationwide in their efforts to build zero-waste and circular economies, including efforts to eliminate plastic and food waste.

Although nothing has been confirmed, many experts believe the climate action plan released by House Democrats in late June could be viewed as a preview as to how a Biden administration might be supportive of certain waste management policies.

The 538-page policy paper outlines how Congress should pass legislation to establish standards that would increase materials recirculation and efficiency, including extended producer responsibility, standardisation of recycling and composting, and recycling content requirements.

It also states that it should consider placing fees or bans on certain materials and products, prohibiting some waste exports, and requiring holistic consideration of future material needs.

Alongside this, in February Deomcracitc politicians senator Tom Udall and Representative Alan Lowenthal brought the Break Free From Plastic Pollution Act to the US Congress.

The bill – which was referred to the subcommittee on water, resources, and environment – if passed would ban take-out bags, utensils and plastic foam containers that can’t be recycled.

It would also introduce a nationwide deposit return scheme, designed to incentivise consumers to recycle empty bottles, in return for a ten cents refund.

Although considered a two-horse race, two other parties are standing in the US presidential candidates – Howie Hawkins from the Green Party, and Jo Jorgensen from the Libertarian Party.

The Green Party’s platform aims to shift the US toward clean production and principles of a zero-waste society, which it sees as essential to public health, and the integrity and sustainability of the biosphere.

As part of its “green solutions”, it says it will phase out all avoidable production and sale of toxic metals, persistent organic pollutants, and synthetic petrochemicals – among others – replacing them with non-toxic alternatives.

The party also wants to make manufacturers responsible for the full life cycle of their products, requiring them to take back used products and packaging for remanufacturing, reuse or recycling.

As well as this, it would shut down existing waste incinerators, impose a temporary prohibition on new facilities, and phase out landfills.

The Green Party would also mandate that all US government offices use 100% post-consumer waste paper that has been processed chlorine-free, and that any new fibre necessary to the process come from alternative sources.

Alongside this, the party says it would support an international agreement for the full clean up of all plastic waste currently in the oceans.

These efforts will be heavily focused on polluted international waters and environmentally sensitive ecosystems in areas like the Great Pacific Garbage Patch and the Great Barrier Reef.

As for the Libertarian Party’s approach to environmental policy as a whole, it says that competitive free markets and property stimulate the technological innovations and behavioural changes needed to protect the environment and ecosystems.

It says that private landowners and conservation groups have a vested interest in maintaining natural resources, adding that governments are unaccountable for the damage done to the environment and have a “terrible track record” when it comes to environmental protection.

The party believes that protecting the environment requires a clear definition and enforcement of individual rights and responsibilities regarding resources like land, water, air, and wildlife.

As for situations where damages can be proven and quantified in a court of law, restitution to the “injured parties” must be required.