NS Packaging looks at how the waste management system, and the packaging industry more generally, is going to change in the UK over the next few years 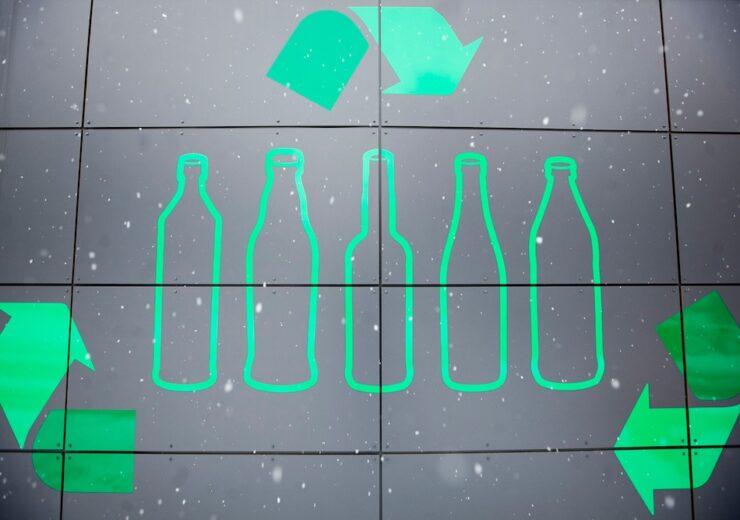 By 2023, all UK nations will have some form of a deposit return scheme (Credit: Shutterstock/Karolis Kavolelis)

In January 2018, then UK Prime Minister Theresa May announced how the country was going to look to improve its waste management system and deal with plastic pollution – as part of its wider 25 Year Environment Plan.

The UK is among a raft of countries taking steps to tackle these issues over the past few years – with China and Canada, among others, confirming plans for a ban on certain single-use plastic items.

In March 2020, the European Commission adopted the Circular Economy Action Plan – which is legislation that focuses on design and production for a circular economy – ensuring resources are kept in an ecosystem for as long as possible.

Speaking about the UK government’s plan at the Foodservice Packaging Association’s 2021 environment conference, environment minister Rebecca Pow said: “This government’s ambition is to be a leader in challenging unsustainable resource consumption, and a shift towards resource efficiency.

“We aim to do this through reuse, repair, remanufacture and recycling, including seeing greater use of secondary materials.

“So we’ve got our resource and waste strategy, and that sets out the government’s ambitions for the waste sector.

“It forms part of the government’s commitment in our 25 Year Environment Plan in order to leave the environment in a better condition for the next generation.

“And our strategy sets out how the government plans to move away from that linear economic take, make use, throw away model – and we want to move into a more circular economy, where waste is minimised and resources are kept in use for as long as possible.

“And we see tackling the issue of packaging waste as a vital part of achieving this goal.”

Year by year, NS Packaging looks at how the waste management system, and the packaging industry more generally, is going to change in the UK over the next few years.

In August 2020, the UK government announced it was extending the single-use carrier bag charge across retailers, with an increased cost of 10p.

Due to be introduced in April 2021, it comes off the back of the fact that the original 5p charge – which was introduced in England in 2015 – led to a 95% cut in plastic sales in major supermarkets.

Speaking at the time, environment secretary George Eustice said: “We have all seen the devastating impact plastic bags have on the oceans and on precious marine wildlife, which is why we are taking bold and ambitious action to tackle this issue head-on.

“The UK is already a world-leader in this global effort, and our carrier bag charge has been hugely successful in taking billions of harmful plastic bags out of circulation.

“But we want to go further by extending this to all retailers so we can continue to cut unnecessary waste and build back greener.

“I hope our pioneering track record on single-use plastics will inspire many more countries to follow suit, so we can take on plastic waste together and implement lasting change.”

Some changes have also been made in the packaging recycling rules – namely that general recovery targets have been removed.

This is a change from past rules, which saw Energy from Waste or Packaging Recovery Notes (PRNs) – a document that provides evidence waste packaging material has been recycled into a new product – being mandated alongside general recycling obligations.

This was designed to bridge the gap between recycling and recovery in the UK.

However, from 2021 the country’s environment department has removed the target for recovery altogether, meaning not only will this process no longer enable PRNs to be generated, but also that an entire market is closed off moving forwards.

Alongside this, recycling targets for key materials including paper, glass, aluminium and plastic have changed.

The biggest policy to be introduced in 2022 is that of the plastic packaging tax, which is set to come into effect from April 2022.

As things stand, the tax will charge businesses £200 ($277) per tonne for packaging with less than 30% recycled plastic.

The new tax is applied to plastic packaging produced in or imported into the UK that does not contain at least 30% recycled plastic by weight.

Imported plastic packaging will also be liable to the tax, regardless of whether it arrives unfilled or filled.

It will not, however, be applied to any product that contains at least 30% recycled plastic or packaging that is not predominantly plastic by weight.

The tax is designed to provide a clear economic incentive for businesses to use recycled materials in the production of plastic packaging.

It’s hoped this will, in turn, create greater demand for this material and stimulate increased levels of recycling.

In addition to this, the Scottish government is intent on introducing a deposit return scheme (DRS) in the country.

Once in force, DRS will see drinks sold in disposable containers such as PET plastic, glass bottles and metal cans of all sizes to have an additional 20p charge attached.

Customers will be able to reclaim the 20p by returning empty containers to shops or specialised reverse vending machines.

Alongside this, the recycling targets will go up again – with the UK government aiming to recycle 83% of paper, 82% of glass, 69% of aluminium and 61% of plastic.

A year later, the rest of the UK (England, Wales and Northern Ireland) is expected to introduce a similar DRS into its waste management system.

The scheme has been subjected to a number of consultations and inquiries, one of which being recently concluded by the UK parliament’s Environmental Audit Committee.

It focused on the final design of a DRS in England and looked at what types of waste would be collected under the scheme and the materials to be included in its scope.

Speaking at the time, the Environmental Audit Committee chairman Philip Dunne MP said: “The introduction of a deposit return scheme is eagerly awaited.

“Our committee is keen to help frame the scheme to ensure it increases recycling and reduces waste, without creating unintended consequences which could undermine the need to minimise the environmental impact of what we consume.

“I urge those interested in both policy and practical aspects of the scheme to let us know your views.”

In addition to this, 2023 is set to mark the year that the UK as a whole will introduce a new extended producer responsibility (EPR) system.

There is a three-phase plan as to how each of the administrations intends to introduce the scheme, the first being to categorise the different types of packaging to make sure each is covered.

The second phase would involve exploring the range of fee modulation that reward companies that do well, with the final phase reviewing the outcomes of the first two phases to make sure it meets the intended EPR behaviours.

The first two phases have a deadline of April 2021, with the third phase being delivered by the end of July 2021.

EPR will see the UK introduce the principle of “full net cost recovery”, making producers responsible for covering the full necessary costs of an efficient system for managing packaging waste – including collection, sorting and recycling.