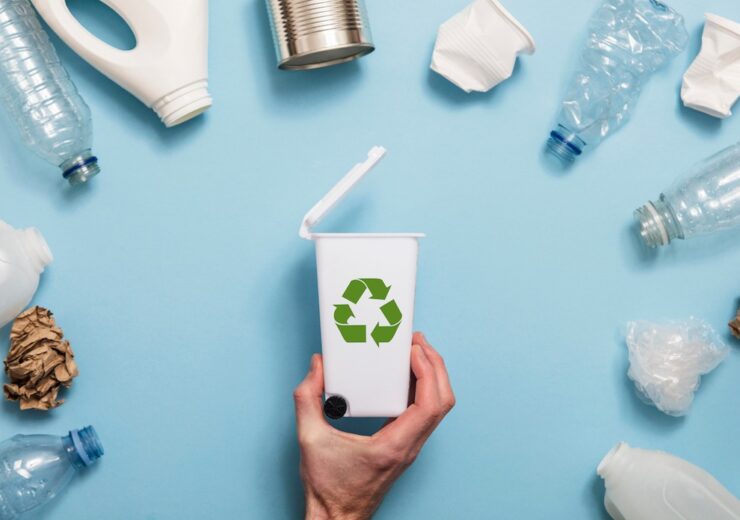 Most innovations coming through in the packaging industry in recent years have been the sustainability field (Credit: Shutterstock/Ink Drop)

Whether it’s the introduction of the sports cap or improvements in lightweighting, packaging businesses in the 21st century are no strangers to being innovators – and 2021 could be a big year in sustainable packaging innovation.

From edible packaging to community-led reusables providers, we look at five sustainable packaging innovators to look out for in 2021.

Founded in 2018 at the University of Cambridge by academic Professor Tuomas Knowles, the technology behind Xampla has been under development for about 15 years.

The company is looking to address the reliance the world has on fossil fuel-based plastic products by creating the “world’s first” plant protein material for commercial use.

Explaining how the technology was developed to NS Packaging, CEO Simon Hombersley said: “Tuomas is a leading protein professor, and he over the last 15 years has been looking at how spiders make silk.

“And as part of that investigation, he realised you couldn’t naturally synthesise silk because it was not cost-competitive, but he could learn how a spider makes silk and uses other protein materials – namely plant proteins – to make items in a similar way.”

In October 2020, Xampla became the UK’s first university spin to be accredited B Corp status – becoming part of a group of for-profit businesses committed to creating a material that has a positive impact on society and the environment.

Three months later, it was announced it had closed a £6.2m ($8.4m) seed finance round with Horizons Ventures – an investor in some of the world’s most innovative companies including Facebook, Zoom and Spotify.

The first application for the Xampla technology is being utilised for microcapsules, a hidden microplastic application in many home care and personal care products.

Notpla – the developer of the Ooho packaging – was founded in 2013 by two former Imperial College London students Rodrigo Garcia Gonzalez and Pierre-Yves Paslier.

Notpla’s Ooho is a flexible plastic packaging material made 100% from seaweed and plants for consumable liquids such as water, juices and sauce sachets.

Any liquid product is sealed inside a gelatinous membrane made from seaweed, which was developed by applying sodium alginate found brown algae and calcium chloride together.

Although it’s designed to be eaten either during or after use, it’s claimed the material can take on average six weeks to degrade.

The firm first started with major brands in March 2018 when high street luxury retailer Selfridges announced it would use Ooho in its food hall.

Four months later, online food delivery business Just Eat said it would conduct a six-week trial at The Fat Pizza restaurant in Southend-on-Sea in Essex – using the product as a sachet for the diner ketchup, and garlic and herb sauces.

Since then, Ooho has been used at a range of major outdoor events, including the London Marathon, Richmond Marathon, West Sussex Tough Mudder and the Glastonbury Festival.

A part of the firm’s business model is to lease an on-site Ooho sachet-making machine to businesses that want to make their own, enabling them to produce and sell fresh containing drinks or sauces – which should be ready in 2021.

Footprint US was founded in 2014 by two former Intel employees – Troy Swope and Yoke Chung – as a sustainable technology firm focused on reducing or eliminating plastics.

Its main interest is in the manufacturing of products for the foodware industry – such as the likes of meat trays, frozen food packaging and to-go containers.

In addition to this, it innovates in drinks packaging, making six-pack rings from post-industrial fibres.

It’s also involved in the development of paper straws that, it claims, can break down completely in less than 90 days.

The firm has facilitated the products it manufactures to a range of companies, most notably for beer brand AC Golden, part of the Molson Coors Brewing Company.

In addition to this, Footprint US was a sponsor at Super Bowl LIV in 2020, and was the event’s official foodware sustainability partner.

The company was based at its Environmental Village, where it revealed two new plastic-free foodware products.

The first was called the Sustainable Tailgating, which featured some of the company’s compostable, biodegradable and recyclable items – which included sustainable cups, six-pack rings, meat trays and coolers.

The second was known as the Grocery Store of the Future exhibit, showing how the firm has replaced plastic packaging in six food purchasing areas including packaging for ready-to-eat meals and frozen foods.

Apeel was founded in 2012 with a grant from the Bill and Melinda Gates Foundation by James Rogers.

He initially came up with the idea when listening to a podcast about global hunger while driving home through the California farmlands, wondering why so many people are hungry when there are a lot of food growing seeds that are easy to spread, as well as why so much food goes to waste?

The main driving force behind the business is to build a barrier that could be applied to fruits and vegetables using edible materials that could slow the rate of spoilage.

The building blocks of the material developed by Apeel is based on the natural peel or skin found on foods such as an avocado or a cucumber with its patented produce-protecting blend.

The firm claims this natural material makes the food inside last at least two times longer than untreated produce.

The main substance used are lipids, which are amphiphilic, meaning it’s both a water and oil-loving material.

In doing so, they build a protective film-like material that locks in moisture and repels oxygen – and so Apeel has developed a substance, which they either spray on fruit or dip the fruit in, exploiting the relationship lipid molecules found naturally in fruits.

As of January 21 2021, the product has saved more than 37 million pieces of produce from going to waste at retail stores.

LocoSoco was founded in 2014 by James Perry, a former debt capital marketer at the Royal Bank of Scotland.

The firm works with local retailers and advisors including business owners and councils, helping these organisations to create “eco-enterprises” that enable them to maximise their impact to become community leaders.

At its heart, it believes communities are the answer, with its eco-enterprise work, enabling them to flourish with new revenue streams while also being sustainability leaders.

As part of its work, LocoSoco is a supplier of refillable packaging services in local communities – including anti-bacterial sanitisers, multi-purpose cleaners, washroom cleaners and refillable spray bottles.

These 420mm-wide refill stations – ideally in locations such as shops, schools, community centres, places of worship and offices – are capable of containing enough super-concentrated cleaning products for nearly 500 refilled bottles.

In April 2020, it announced a distribution arrangement with supermarket the Co-Op, with the chain installing 35 outlets with eco-refill stations.

Nine months later, it was named as part of the delivery team for an Erasmus+ funded project called the School Programme for Ethical Enterprise Development (SPEED).

This aims to combine three existing innovations to enable students to develop ethically based, environmentally aware and economically sound businesses in their school communities.

It will enable students to learn how to address problems associated with climate change, how to see companies as a force for good, and how values and ethics are important in enterprises.