According to research carried out be SYSTEMIQ and the Pew Charitable Trusts, substitution could see plastic waste reduced by 17% between now and 2040 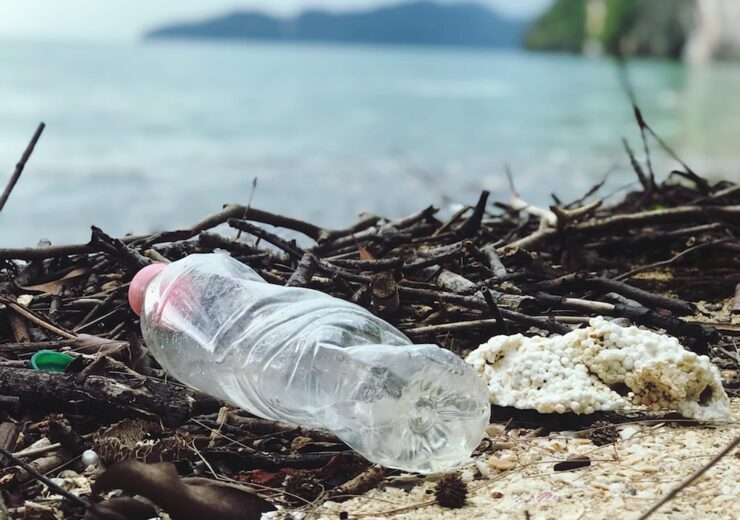 Those involved in Breaking the Plastic Wave study believe that, by using the technology available today, plastic pollution could be reduced by more than 80% (Credit: Pexels)

In July 2020, non-governmental organisation SYSTEMIQ, alongside Pew Charitable Trusts, published a report investigating how plastic waste could be reduced between now and 2040.

The research was developed to help guide policymakers, industry executives, investors and civil society leaders through what can be highly contested, often data poor and complex terrain.

The study, Breaking the Plastic Wave, outlines how to apply the concept of a circular economy – along with increased reduction and substitution of plastic and better waste management – in a way that urgently addresses the serious environmental challenge of plastic.

Overall, those involved in the study believe that, by using the technology available today, plastic pollution could be reduced by more than 80%.

At a webinar hosted by not-for-profit think tank Carbon Tracker during Climate Week NYC 2020, SYSTEM IQ’s Breaking the Plastic Wave programme director Yoni Shiran said: “When I first realised through this work that we actually had the solutions today to deal with this challenge and could reduce plastic pollution by more than 80%, I was very motivated.

“By the time that my baby daughter is 20 years old, plastic pollution could be a thing of the past – that was a eureka moment for me.”

We look at two methods highlighted in the Breaking the Plastic Wave report – recycling and substitution – and find out how it can be used to help tackle plastic waste.

How plastic waste can be reduced through recycling and replacement

As part of its analysis for the study, researchers investigated a range of scenarios that could help to reduce plastic pollution, these being recycling, reduction and substitution, and collection and disposal.

For each of the scenarios, they looked at the impact they could have on plastic reduction between now and 2040.

Through this, what they uncovered that, on their own, each scenario would bend the plastic waste curve and cause a reduction, but not by far enough.

“That is really when you start seeing a significant decrease in plastic pollution – even then, you don’t get down to zero.

“But the good news is that with the current technology that we have, you can get down to an 82% reduction within economical, climate and social constraints.”

When testing the recycling scenario, the researchers discovered that it would “definitely bend the curve” but not by far enough, with it instead at most flattening the curve.

A major factor behind this is because of the number of people in need of collection and recycling services.

“So by 2040, if we want to close the collection gap, we need to connect 3.7 billion people to collection services.

“Just to get a sense of what that number means, if you divide it by the number of days left from now to 2040, you quickly find that we need to connect more than 500,000 people every single day, every day of the week from now to 2040.”

Despite this, recycling can have an impact on the plastic waste issue and is a part of the “system change scenario” outlined in the Breaking the Plastic Wave report.

One way this method of plastic management can be improved is through government legislation, with this already being put into place in some parts of the world.

Carbon Tracker energy strategist Kingsmill Bond, who was also speaking at the webinar, explained: “One of the problems with plastic recycling is that, because the industry has allowed lots of products to be produced that can’t actually be recycled, some items that consumers are putting into the recycling bin don’t get recycled.

“And there’s actually an extremely simple solution to this and is one that the European Union is putting forward.

“It’s telling all plastics producers that, after 2030, they’re not allowed to produce plastics that can’t be recycled.

“This is not a very difficult thing for legislators to do – and this is one of the many reasons why I think there’s a huge amount of very low hanging fruit that politicians can start to put into place to at least stop the growth in demand.”

He added: “Now that the cost of oil is lower, it’s precisely the moment when governments should be stepping in and implementing taxes to make sure that virgin plastic actually pays for its externality costs.”

When conducting analysis for the Breaking the Plastic Wave report, researchers concluded that substitution could potentially reduce plastic waste by 17%.

Shiran explained: “The reason we came up with the 17% figure and not 70% or 100% is because substitution has its limitations.

“In fact, when we looked at glass, aluminum and metal, we do not think they’re very good substitutes to single-use plastics.

“So metal could be a great multi-use reusable bottle – but as a single-use product, we don’t think it would be a good substitute for plastic, which is why we left them out of the analysis.”

Shiran sees some substitute materials, such as compostable or bio-based plastics, playing a role – but stressed that they’re not “a silver bullet”.

He added: “We don’t think it’s gonna solve all of our problems because they require very expensive infrastructure and that has its own issues.

“But there definitely are some applications and geographies where compostables are ready and would have a role to play in terms of substituting plastic.”

He also sees paper packaging playing a role in the single-use space, although he sees this being larger in the global north.

He explained: “The first requirement is, of course, that the paper is from sustainably-run forests.

“This is why this wedge is predominantly useful in the global north, where there are more sustainably-managed forests, while in the global south we see a much smaller wedge for substitutes.”