From technology to infrastructure: How to improve on-pack recycling labels

From lack of collection consistency to a range of materials used in a packaging product, it has become difficult to give clear messages in recycling labels 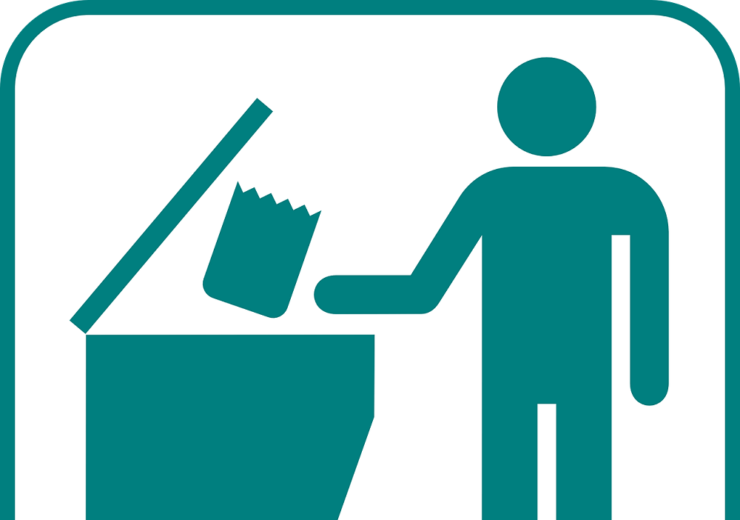 Since the first recycling symbol was developed back in 1970, the industry has worked to develop the labels to provide more clarity on how to recycle for the general public.

Yet, with the increasing complexity of materials used in packaging products growing, it has become more difficult to communicate this information to the consumer.

Research in 2018 carried out by consumer Which? found nearly half of respondents thought the presence of the Green Dot symbol on an item meant it was recyclable, when it simply means the manufacturer has bought into a scheme which supports recyclable packaging.

This coincides with the fact that most users merely glance, if they look at all, at a product’s recycling label before putting it in a bin. Many are just plain confused by the array of symbols on household packaging.

In its own research, the UK’s On-Pack Recycling Label (OPRL) found that this was the case.

Speaking at the Sustainable Packaging Collation’s (SPC) Engage conference in London earlier this month, OPRL’s director Jane Bevis said: “Our research shows that on-pack labelling is one important channel of communicating to consumers, but it’s just a quick nudge.

“UK consumers sometimes check on-pack labels when they’re not sure and they just want to confirm to themselves they are doing the right thing.

“They do it at a glance as their hand goes towards the bin subliminally and it’s the symbol that they notice rather than actually reading all the details.”

From the introduction of technology to an improvement of infrastructure, we look at some ways the labelling industry is looking to improve recycling rates.

The improvement of the current recycling infrastructure

Arguments surrounding the need to change current localised recycling infrastructure currently found in countries such as the UK have been conducted for a few years now.

For consumers, the biggest issue that arises is the contrast in what certain waste handlers can and cannot pick-up varying on location, with this dependent on what local authority someone finds themselves in.

This can range from one area being able to take bottle glass in as part of its kerbside recycling scheme, and another area only able to collect the same product via a bottle bank.

Also speaking at SPC’s Engage conference, Ursula Denison, managing director of Packaging Recovery Organisation Europe — which manages the Green Dot symbol across the continent —  said: “Consumers have a hard time with on-pack labelling especially because their reality for recycling is local.

“They don’t really look in our perception to packaging to give them guidance on where to put particular types of packaging.”

Denison believes the “magic key” to improve recycling rates can be achieved through the development of better infrastructure.

She said: “Even in Europe, we still have to do a lot of improvement to do within infrastructure and we have the advantage of having European-wide legislation which needs to be broken down to the national level.

“But even there, in order to reach those targets, a lot of improvements are going to have to be made.

“If the infrastructure is not there and the consumer doesn’t have a chance to separate their waste, you cannot make any recyclability claims.

“This is despite the fact that, using a certain method in a certain location, some packaging is recyclable.

“So that’s the disconnect that I see with regard to on-pack instructions and the actual responsibility.”

Introduction in the use of technology for on-pack recycling labels

One consideration mooted by some in the recycling industry is for the introduction of technology into on-pack recycling labels.

This kind of kit has been tested by major brands in the past few years with the aim of improving interactivity with their consumers.

Included in this is alcoholic beverage company Diageo — owner of Guinness and Baileys — which has tested the use of near-field communication technology as a sensor to inform consumers if a bottle has been tampered with.

US-based labelling system How2Recycle has tested use of QR codes to invoke more interactivity in the recycling process, but the organisation’s director Kelly Cramer sees it as more of intermediary.

Speaking at the SPC Engage conference, she added: “We don’t want to adopt the technology solution that is an imperfect experience for people because if they encounter any friction in the process or there are errors they’ll give up on your brand and not really use it again.”

OPRL has also looked at the introduction of technology with its labels, but hit an issue with the size of the database needed behind the technology to make it work.

Bevis added: “There’s a huge database that you have to build behind the app to actually make that work, and you’ve got to keep it up to date.

“So every time you change the line or you bring in seasonal goods, you have to remember as a brand that you’ve got to put all that information up there.

“Our work in Leeds suggested that about 20% of consumers would be interested in using it, so it’s certainly not the answer for everybody.

“We know we probably have to make it a much more interesting and engaging experience then just finding out which bin you put something in.

“So looking at models like Fitbit to see how else you can engage and build communities, having the ability to give push notifications and link up with apps from local authorities, giving a much more joined up experience.”

The OPRL director believes the introduction of technology can also allow for the organisation to be able to tell “a much broader story”.

She said: “We know that some international brands are not just making that packaging to come into the UK market, but going to a number of other European markets.

“These organisations can be quite resistant in putting an OPRL label on because they  may need to put something on which is specific to a certain country.

“An app might be the answer because it allows us to give at least some information.

“We also know that you know one of the challenges in Europe is with the regulations around nutrition and allergens that you have to put on food packaging,very small packs just run out of space, so technology could be a benefit this area.”