Focus on how new technology is making the pre-press faster and cheaper for the printing industry, while also posing new challenges. 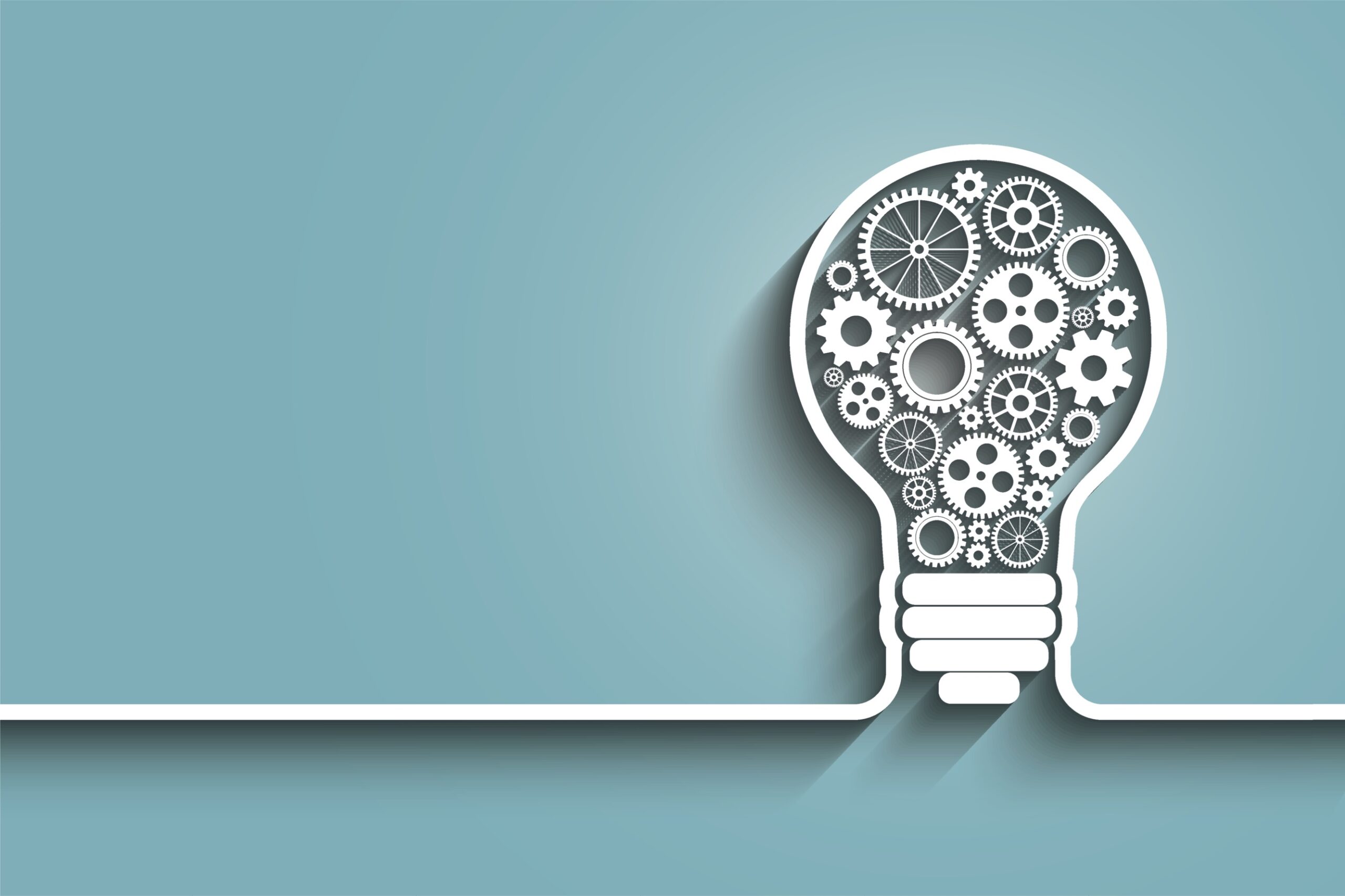 41.9% of European printing companies that have seen increased revenue over the past five years put their success down to investment in automation software. (Credit: Sky Motion/Shutterstock.com)

Pre-press has been central to the printing industry for decades, yet has long suffered from a number of cost and efficiency problems. But, with the rise of automation, the field may soon be entering a new era. Andrea Valentino speaks to Rob Moore, a regional managing director at SGK, about how new technology is in the process of making pre-press faster and cheaper, even as new technical challenges bubble over the horizon.

Today, printing and pre-press fit together as much as bread and butter, or a glass of crisp white wine on a summer night. Therefore, it might be surprising to discover that, while printing began with Guttenberg or even earlier, pre-press as we know it only arrived far more recently.

Only with the arrival of Apple computers in the 1980s did the traditional vocabularies of dark rooms and light tables begin to be superseded – and, even then, only slowly. It was not until the early 2000s, after all, that the term ‘pre-press’ finally became synonymous with new computerised technologies.

From these uncertain beginnings, digital pre-press technology has exploded. If nothing else, this is reflected in the latest statistics. Though figures on pre-press in particular are scarce, the global printing market is flourishing, with one study predicting that the global industry will reach $460bn by 2025, up from $400bn in 2019.

And, unlike so many other corners of the world economy, printing has actually done well out of the coronavirus pandemic – with millions of people locked down and restaurants boarded shut, there has been incredible demand for packaging of all kinds.

All the same, if the packaging industry is going from strength to strength, pre-press itself might be beginning a period of transition. With demand for faster results increasing all the time, to say nothing of pressures from online retailers, there’s an expectation for pre-press specialists to get their operations in order – even if that means embracing new technologies like automation.

Not that this is always simple. With worries about accuracy and the cost of upgrading, only the best-prepared companies can hope to be ready for what’s to come. Even so, the future of pre-press technology is clearly centred around the new – with all the challenges that entails.

If anyone knows about pre-press, it’s Rob Moore. For over 20 years, he worked at Schawk, one of the most distinguished names in the industry, and is now a regional managing director at SGK, which acquired Schwak in 2014.

As Moore explains, his current role involves working with some of the most famous brands, from UK giants like Sainsbury’s and Lidl to Nestlé, Unilever, Coca-Cola and other global conglomerates.

In other words, Moore’s opinion is one to be taken seriously – and what he says about pre-press technology is clear enough. Calling it a “critical component” of the printing process, Moore describes how he and his team occupy the spot between brand-owners – retailers and the like – and print machines.

“So, our job is to take the creative design and construct it into digital files, and then develop a set of printing plates that will result in packaging that prints on press in a very effective way.”

Nor is the SGK executive alone in emphasising the importance of his field. In developing economies, indeed, the industry is booming. From colour management and digital proofing to consulting, the appetite for pre-press in Vietnam and Thailand will soon overtake China.

Nor, if you think about it, is this very surprising. From making sure that the nutritional information on a sandwich is correct to getting the white of a new iPhone box crisp and elegant, pre-press technology is central to printing from Hanoi to Honolulu.

Despite its crucial role, though, pre-press is far from perfect. For starters, there’s the question of speed. Over the past few years, industry insiders have begun grumbling about how fast the established pre-press process can go, with Moore noting that it’s “certainly the biggest demand that’s placed on us”.

This does not come as a surprise. With so much of the pre-press market essentially manual – dark rooms may have gone, but the industry often still relies on individuals to repeat how they completed a client’s task the year before, or to organise a task workflow – there is plenty of room for improvement.

For instance, what if your company doesn’t have a dedicated computer-assisted design specialist? Bring on someone inexperienced and they risk getting the design wrong – ultimately forcing you to dump failed attempts, wasting time and money along the way.

In a similar vein, relying on human personnel means there’s always a risk of not catching graphical errors in a design until it’s too late. That’s before even considering the time it takes to do the work anyway.

According to research conducted by Esko, a major Belgian pre-press company, even flawless workers take about 25 minutes just to get a file ready.

Automation a driving force for the print industry

Of course, you’ve probably heard it all before – but this new platform by SGK really does feel like the start of something new. Unlike older systems, it automates the pre-press workflow, cutting the risk of costly mistakes. Reporting is streamlined too, allowing staff to approve artwork and proofs at the press of a button.

No wonder, then, that Moore is so enthusiastic about the project, especially once you factor in HubX’s reporting capabilities. Apart from getting proofs from the office to the printer’s faster, after all, it also allows him to examine the ‘performance statistics’ of every point in the supply chain.

Of course, Moore notes, that helps sharpen the process next time, adding that altogether HubX is one of the most exciting projects on his radar.

Nor, it should be emphasised, is SGK alone here. If the Illinois-based company boasts the swankiest website, other pre-press companies are moving down the path of automation too.

Also in the Midwest, Aleyant’s tFlow seamlessly deals with cut paths, bleeds, fold lines and other pre-press tasks. Across the Atlantic at Esko, moreover, its Automation Engine promises ‘perfect’ workflows, and boasts many of the same features as HubX.

All this is reflected at an industry-wide level, too. According to a survey of European printing companies by InfoTrend, for instance, a full 41.9% of companies that have seen increased revenue over the past five years put their success down to investment in automation software.

As Moore himself puts it, “I really do think automation will be one of the driving forces for the industry,” describing how previously cumbersome processes such as getting nutritional information on packaging can now be finished smoothly.

Yet if this shiny automated universe offers considerable cost and time benefits for pre-pressers everywhere, it’s far from a done deal. One problem, explains Moore, is that some clients are still reluctant to take the plunge.

This makes sense. Every new technology comes with dangers, and a period of feet-dragging is often mandatory – how else to explain the slow ascent of digital pre-press technology over the course of several decades? Even so, Moore is convinced that companies that embrace change now will be in good stead for the future.

That’s true, not least, of his own company. “We’re very fortunate that we have strong technology tools, and now a global dedicated technology team inside our business,” he says of SGK. “It’s specifically geared to improving speed and cost efficiency at all points of our internal supply chain.”

The future of pre-press

What, then, for the future of pre-pressing? Already, automation has taken the industry by storm, and that does seem likely to change. And though the pandemic has actually helped the printing industry, Moore wonders if relating the shift to online retail might not cause new challenges going forward.

As Moore explains, now that so many consumers are buying everything from pasta to iPhones over the internet, the photos they browse on Amazon have to correspond exactly to the packages they open a few days later in the post. As anyone who got lumped with a garish pink shirt they didn’t want will know, that’s unfortunately not always possible.

Not that the situation is entirely hopeless. As Moore says, there is plenty pre-pressers can do to help, from understanding specific packaging materials to comparing results across different computers and phones.

There are other questions stumbling over the horizon too. How, for example, do pre-press files interact with printers? And how, for that matter, will digital printing change the industry? Yet based on previous form, there’s no reason to believe that, here again, pre-press can overcome the hurdles.

With the economic winds in its sails, indeed, it seems likely that the industry might use the next few years to fundamentally transform itself, just as it did after the advent of computers back in the 1980s. Just as dark rooms and light tables gradually got consigned to the dustbin, then, we may have to start crossing a few more words out of the pre-press dictionary soon.