In order to release the global potential of the circular economy, key policymakers need to push legislation in order to drive forward change 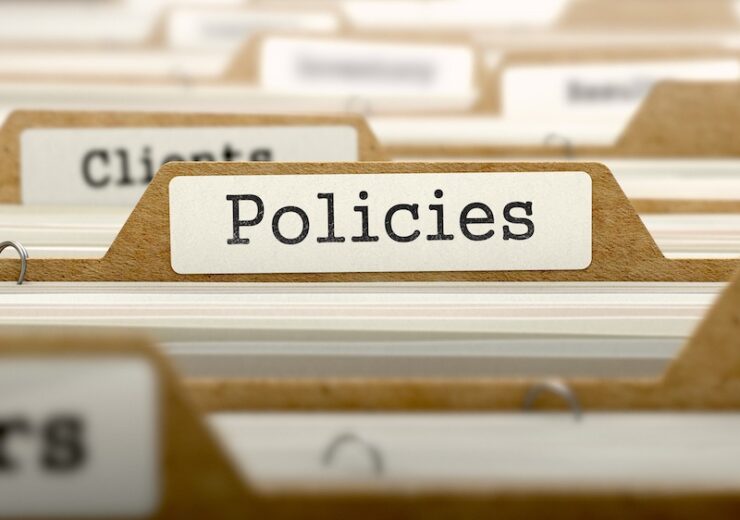 A major factor if the transition towards a circular economy will be down to the success or failure of what government and business policymakers will do (Credit: Shutterstock/ESB Professional)

If the global economy is to shift from linear manufacturing and disposal model to one that is more circular, key policymakers – including businesses, governments and NGOs – will have a significant role to play.

The linear model, which at present is predominantly used, means that raw materials are used to make a product and after use, any waste left is thrown away.

Any material part of the circular model, however, will be designed to be used and reused – which means waste items are in use for as long as possible, before recovering and regenerating them at the end of their life.

According to a book published by professional services company Accenture back in 2015, the circular economy could unlock $4.5tn in economic output by 2030.

In order to release the global potential of the circular economy, key policymakers need to push legislation in order to drive forward change.

1. How governmental policymakers are trying to aid the transition towards the circular economy

A major factor if the transition towards a circular economy is to work will be down to the success or failure of what government policymakers will do – and over the past few years, this has begun to take shape.

In December 2019, trade bloc the European Commission presented its Green Deal, a central part of its ambition to make Europe the world’s first climate-neutral continent by 2050.

Covering a range of sectors within the economy, it requires an additional €260bn ($313bn) investment over a sustained period of time.

One of the central elements of the Green Deal is the Circular Economy Action Plan, which aims to “make sustainable products the norm” in the European Union (EU).

As part of this work, it will propose sustainable product legislation, which looks to ensure all items placed on the EU market are designed to last longer, and are easier to reuse, repair and recycle.

Additionally, it will tackle overpackaging, setting out new mandatory requirements on what is allowed on the EU market – with the commission also setting out recycled content rules for plastic products.

An introduction of rules around recycled content is one of the key tent poles of the UK’s push towards the circular economy.

Announced as part of his March 2020 budget, UK Chancellor Rishi Sunak said: “To tackle the scourge of plastic waste, we will deliver our manifesto promise to introduce a new plastic packaging tax.

“From April 2022, we will charge manufacturers and importers £200 ($277) per tonne on packaging made from less than 30% recycled plastic.

“That will increase the use of recycled plastic packaging by 40%, equal to carbon savings of nearly 200,000 tonnes.”

The idea behind this was first proposed in January 2018, which was part of then Prime Minister Theresa May’s 25 Year Environment Plan.

In addition to this, a range of policies designed to reduce packaging waste have been proposed through the UK government’s Environment Bill.

These include the introduction of export restrictions on plastic waste being sent aboard, with the legislation – that could see shipping waste to developing nations banned or restricted – aiming to boost the UK’s domestic recycling system.

Alongside this, the Environment Bill would create powers to introduce a deposit return scheme (DRS) – where a small fee is placed on a bottle, which can be reclaimed if it’s disposed of in a designated bin – in England.

Speaking at a Sustainable Packaging Coalition (SPC) conference towards the end of January, MORE Recycling CEO Nina Butler sees “policy levers” determining the efficiency and pace change for what is “an uncertain and discontinuous system behaviour”.

She added: “We need infrastructure and technology investment at scale, as we do think the end of life situation is going to get worse before it gets better based on our projection.

“We see the continued advancement of policymaking and goal setting, although our point is we want to play a role in making sure we help the industry from a quantitative standpoint, understanding where and how to intervene to effect real meaningful change.”

Speaking at the same SPC conference, Robin Waters – who is the director of plastics planning and analysis at information, analytics and solutions firm IHS Markit – said: “Individual companies will look to develop policies on their own, get ahead of the regulations from a policy standpoint.

“They’re also the ones that will bring the technologies and understand how to produce them within a cost structure.”

It’s been no secret that, over the past few years, companies within the packaging industry have been looking to make their products more attuned with the circular economy – with almost every single one having some sort of environmental policy.

One business looking to lead the way in this area is soft drinks giant Coca-Cola, driven primarily through its World Without Waste scheme.

Published in January 2018, it set out its aim to collect and recycle as many bottles and cans as it sells each year by 2030.

In addition to this, it’s looking to make 50% of all its packaging from recycled material by 2030.

Speaking at the time, The Coca-Cola Company’s CEO James Quincey said: “Consumers around the world care about our planet.

A few months after Coca-Cola’s announcement, fellow consumer goods giant Nestle unveiled its goal to make 100% of its packaging recyclable or reusable by 2025.

The vision behind this target is to make sure none of its products ends up in landfill or as litter.

In January 2019, it outlined its three-pillar approach designed to tackle the plastic pollution problem.

Its first pillar focuses on developing new paper packaging, which has seen it develop a recyclable paper wrapper for its Smarties sharing block chocolate bar.

Nestle’s second pillar is titled “shaping a waste-free future”, which has resulted in it partnering with charity Project STOP to create a sustainable waste management system in Indonesia.

The third and final pillar of its strategy focuses on the need to drive changes in behaviour in consumers.

As part of this, it’s rolling out a sustainable packaging education and training programme for more than 290,000 of its employees.

This coincides with the work being done by some of the world’s biggest packaging companies to become more sustainable, including WestRock.

Firstly it aims to support people and communities by improving safety, diversity and inclusion, and training and development.

Finally, the company is looking to innovate for its customers through circularity and waste reduction.

One of the biggest drivers of cross-business collaboration has been made by non-governmental organisations, such as the circular economy charity the Ellen MacArthur Foundation.

In 2016, it set up the New Plastics Economy – an initiative to build momentum towards a global plastics system, alongside more than 40 leading businesses and cities to rethink and redesign the future of plastics.

Two years later, the New Plastics Economy began its major flagship project – the Global Commitment – uniting businesses, governments and other organisations behind a common vision and targets to address plastic waste and pollution at source.

Developed in collaboration with the UN Environment Programme, it targets all businesses signed up to the agreement to make 100% of their plastic packaging recyclable, reusable or compostable by 2025.

The group is designed to bring together stakeholders to set ambitious, time-bound targets to eliminate unnecessary and problematic single-use plastic packaging,

Three more Plastic Pacts have followed – the Pacte National sur les emballages plastiques in France, the Circula el Plástico in Chile, and finally the Canada Plastics Pact, which was launched at the start of 2021.