What is the UK’s plastic packaging tax and how could it impact the industry going forward?

A tax on single-use plastic packaging was first proposed by former Prime Minister Theresa May in January 2018, as part of the UK's 25 Year Environment Plan 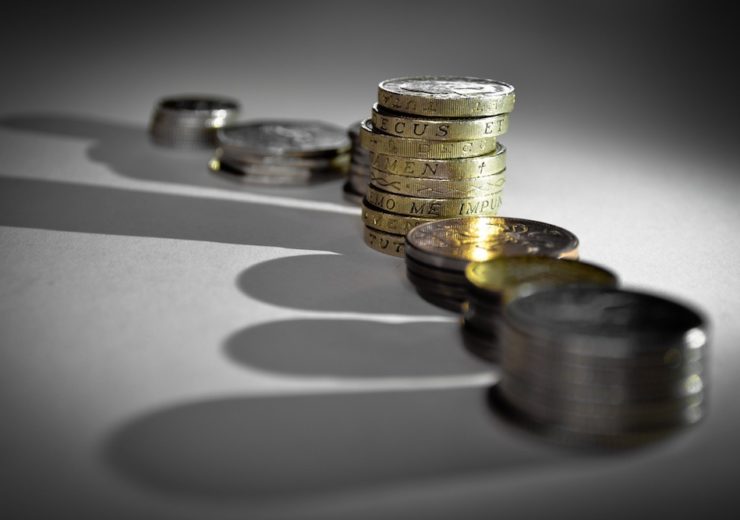 The tax will place a £200 charge on every tonne of plastic packaging produced that isn't made up of a least 30% recycled content (Credit: PxHere)

The UK government confirmed its intention to introduce a plastic packaging tax this week, which would see manufacturers charged a levy if their product doesn’t contain at least 30% recycled material by 2022. Thomas Parker looks into how the new system will work, and what impact it could have on the industry.

Increasing concerns about the amount of plastic in the global environment has lead to multinational trade blocs and governments setting out legislation attempting to tackle the problem.

China and Canada, among others, have confirmed plans for bans on certain single-use plastic items – such as cutlery and straws – in the coming years.

Alongside this, the European Commission has adopted the Circular Economy Action Plan, which focuses on the design and production of items – ensuring resources remain within ecosystems for as long as possible.

Earlier this week, the UK government set out a new tax as part of its efforts to cut single-use plastic.

Announced by Chancellor Rishi Sunak, as part of his Spring Budget, tax will see plastic packaging manufacturers in the UK charged if they fail to have at least 30% recycled plastic in their products.

The government has said it would extend the £200 tax to imported filled plastic packaging.

The legislation, which will be introduced in April 2022, is designed incentivise the use of recycled plastic.

It was also announced that £700,000 would be used to establish the extended producer responsibility scheme, designed to encourage producers to make their packaging more recyclable.

Alongside this, the government will fund a digital waste tracking system to provide better data on waste transport.

Industry body the Foodservice Packaging Association director Martin Kersh said: “The chancellor, by introducing a tax to encourage use of recycled content, has sent a clear signal that recycling is an essential part of the strategy to achieving net-zero emissions.

“The application of a £200 per tonne tax on plastics containing less than 30% recycled content to both imported as well as UK-produced plastic packaging means the government has dropped its original intention to exclude imported filled packaging from the tax, a policy change we very much welcome.”

The government first discussed charges for single-use plastics in January 2018, as part of its 25 Year Environment Plan.

Two months later, the Treasury launched a consultation looking at any potential taxation system – which received a record 162,000 responses.

This investigated what items should be part of the scheme, how to increase recycled content in packaging, and what the barriers were to using alternative materials.

Further details on how the system could work were outlined by then-chancellor Phillip Hammond during his 2018 Budget.

Hammond said the policy would “transform the economics of sustainable packaging”.

He also revealed the government would consult further on details of the legislation. This took place between February and May 2019.

The consultation looked into the types of packaging to be included in the tax, how to assess recycled content and the businesses liable for the charges.

Issues raised included how compostable and biodegradable plastic should be defined, and the challenges around including increased amounts of recycled content for certain packaging types – such as for food contact or medical purposes.

The full details of the tax were due to published in the Autumn Budget, but this was called off due to the UK’s General Election.

Alongside plastic packaging manufactured in the UK, the 30% recycled content charge will apply to imported filled plastics

The Green Alliance charity’s head of climate and energy, Chaitanya Kumar, said: “The plastic packaging tax is a good measure and we are pleased that imported filled packaging has now been covered by the tax.

“The Treasury could consider increasing the tax’s ambition and effectiveness by introducing an escalator on the rate of tax, the percentage of recycled content needed to avoid the tax or both.”

The tax will not apply to products weighing less than 10 tonnes, which is designed to ensure smaller businesses are not disproportionately hit.

Kersh believes this area needs to be assessed.

He said: “The announcement of a de minimus for those placing less than 10 tonnes of packaging per year on the market needs to be assessed to ensure it doesn’t create an uneven playing field.

“We also hope this does not create a precedent for producer responsibility reforms.”

Could the recycled content rules ‘penalise’ the food and drink industry?

One area of concern raised post-budget has been the impact of the 30% recycled plastic rules on food and drink manufacturers.

The Food and Drink Federation trade group’s chief executive Ian Wright said: “It is very disappointing that the government has decided to press ahead with the plastics tax.

“This will penalise many food and drink producers who are bound by strict food safety rules affecting the packaging they use.

“We urge the government to rethink how money raised through this tax can be used to transform the UK’s recycling infrastructure and will continue to work with them on the detail.”

Kersh added: “The proposed £200 per tonne, while less than the sums originally mentioned, will be inflationary for plastic packaging using materials for which recycled content is not possible under food contact regulations and for which alternative plastics cannot be used.

“We would like to see this difficulty acknowledged and are concerned there is no mechanism for ensuring plastic packaging producers can pass the tax on to their customers.

“This could threaten the future of some producers.”

Currently, the UK takes its food contact rules from the European Union, which were last updated in 2011.

The regulation only allows the use of plastic waste that’s been mechanically recycled – where waste materials are recycled into new products without changing its basic structure.

Alongside this, items that have been made either entirely or partially from recycled plastics should only be obtained from processes that have been assessed for safety by the European Food Safety Authority (EFSA).

According to market researcher Smithers Pira, a list of approved recycling processes has been awaiting the completion of a risk assessment — meaning fewer recycled plastics can be used.

Alongside this, there are supply disparities between recycled and virgin plastic, with the amount of recycled food-grade plastic available currently not meeting demand in the market.

Concerns over the funding of a new recycling system

Another issue that has arisen throughout the development of the plastic tax is where the money generated will be invested.

There are concerns the cash raised will be disturbed to other parts of the economy, rather than reinvested into the recycling system.

The issue was raised during the final consultation, with some respondents stating that either some or all the revenue raised from the tax should be used to support the waste management industry or wider environmental measures.

Some instead suggest reforming the packaging responsibility system to include incentives for recycled content, which can then be reinvested into waste management.

Giving evidence to the Environment Bill Committee in parliament, the FDF’s senior environment policy manager David Bellamy said: “All the money that’s raised by producers in this new system should go towards improving the [recycling] system.

“That’s why we have separate issues with the plastics tax because it doesn’t adhere to that principle.”

Between 2018 and 2019, the government invested £8.3bn into the UK waste management system.

Full draft legislation is due to be published over the coming months, with the government holding a further consultation on this later in 2020.