This will be the second Packaging Innovations event in 2019, following a record-breaking show hosted at Birmingham's National Exhibition Centre 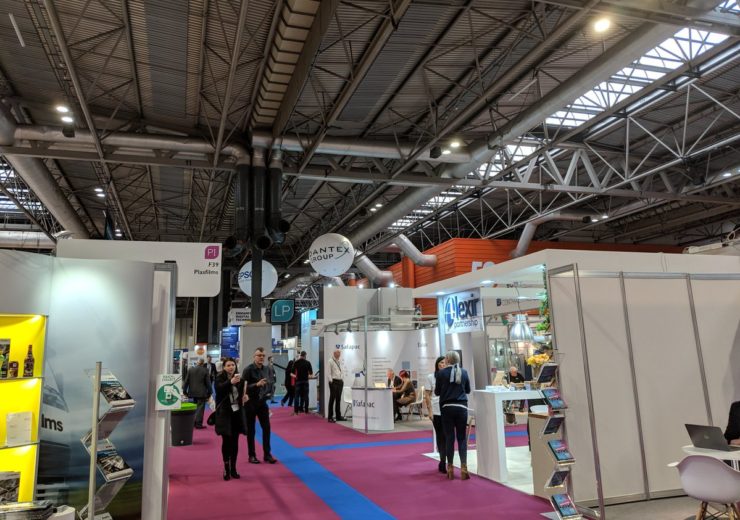 This will be the second the Packaging Innovations conference will happen in 2019, with Birmingham playing host to the event last February

This week’s Packaging Innovations show at the Olympia exhibition centre in London, will see its second event of 2019.

With industry giants such as DS Smith and Berry making an appearance, major brands including Walt Disney, McDonald’s and Coca-Cola are also joining the roster of attendees.

The previous event that took place earlier this year saw a record-breaking 6,922 visitors over its two days at the NEC in Birmingham.

Alongside the exhibitors in attendance, there will be speakers from high-profile companies — including Microsoft and Carlsberg — focusing on a wide range of packaging-related topics.

From plastics to packaging design, we round-up at some of the highlights to look out for at this year’s September conference.

Topics to look out for at Packaging Innovations 2019

Plastics on everyone lips

Like most industries, tackling environmental issues has been a hot topic of discussion in the packaging sector.

According to a 2018 survey conducted by market research organisation Delineate, 35% of respondents believe plastic to be a serious concern — a higher number than those worried about Brexit.

In the same research, it was found 82% of those asked were supportive a plastic bottle deposit return scheme (DRS), while 53% said they were actively trying to buy groceries not packaged in the material.

Delineate CEO and founder James Turner said: “There is a real willingness from the UK public to change their relationship with plastic, so it is upon the supermarkets, retailers and food industry to help make that change.

“The fact that single-use plastic waste is as big a concern as the effects of Brexit sends a strong message to politicians, manufacturers, food retailers and the hospitality industry that better and bigger measures are expected.”

With this level of concern, it’s no wonder plastics are one of the headline areas due to be covered at this year’s Packaging Innovations conference.

Alongside talks investigating the field of smart sustainable plastic packaging and how to redesign products to produce the best sustainable packaging, there will be three keynote debates on the plastics issue.

Firstly, there will be a discussion looking at the upcoming DRS being brought in by the Scottish government, before investigating what materials are best for truly environmentally friendly packaging.

After this, there will be a conversation surrounding the issue of compostables and whether these would have a positive or negative impact on the planet.

There will also be a debate on how best to achieve a circular economy, along with the UK’s shadow minister for waste and recycling Sandy Martin MP discussing the recent government consultation looking at packaging.

Exhibitors will also be highlighting the issue of plastics and showing solutions to the problem.

Charity A Plastic Planet, which first joined Packaging Innovations in 2018, will be debuting its “PlasticFreeLand”, an entire area dedicated to showcasing the latest developments in plastic-free materials and packaging.

The organisation’s co-founder Sian Sutherland said: “As the creators of the Plastic Free Aisle last year, we wanted to design an entire space that champions some of the pioneering materials manufacturers in the industry.

“Stepping into PlasticFreeLand will feel like the future — but a future that is actually possible today.

All materials shown are viable and scalable. It is great to work with Easyfairs again to accelerate the essential pace of plastic-free change.”

With the average person’s attention span limited to around eight seconds, less than a goldfish, it is vital that the design of a product catches the eye.

The field of packaging design will certainly be one of the prominently discussed topics at this year’s event.

Included in this discussion will be Kevin Marshall, technology giant Microsoft’s creative director of design, global packaging and content, who will be talking about how his team is evolving and designing against new values.

Richard Walzer, Mars Wrigley — a brand within chocolate company Mars, Incorporated and developer of M&Ms and Snickers — head of design in Europe, the Middle East and Asia, will also be speaking, looking how to develop distinctive brand codes.

Digital innovation in the industry

Whether using technology to improve the material or encouraging better brand loyalty and stronger user experience for the consumer, digitisation in packaging has been one of the industry’s key innovation areas in recent years.

In 2014, drinks manufacturer Diageo used near-field-communication (NFC) to allow consumers to find out whether or not a bottle had been tampered with, while plastics company Amcor as developed NFC technology to grow consumer engagement and loyalty to brands.

This year, French food and drinks company Danone developed Coach2O, a cap that informs users on whether or not they have drunk enough water.

Speaking more about the use of digitisation in the industry will be Dominika Minarovic and Elsie Rutterford, who are founders skincare company BYBI.

In their talk, they will discuss how to scale a digitally native and value-driven beauty brand, which will include looking at how to build an online presence for customers.

Transcend Packaging teams up with Zume for single-use plastic alternative